There are at least a thousand great things about the state of Nebraska, and perhaps one day, when I am feeling particularly ambitious, I will write about them all. For today though, I will limit myself to one of the best things, one that would almost certainly make the top ten, and that is Nebraska beef.

It’s no mistake that Nebraska has come to be known as The Beef State, because cows outnumber people here 4 to 1. Should the bovine population ever stage an uprising and plan a revolt, we would be in serious trouble. Until then, Nebraska will continue to produce nearly 20% of the nation’s beef supply, and the people will continue to enjoy every bite.

I hate to think of myself as a beef snob, but I do have a particularly strong belief that Nebraskan farmers and ranchers produce some of the best beef outside of Japan’s famous Kobe Beef. The difference though, is that farmers here simply don’t have the time to give the cows deep tissue massages, and we Nebraskans prefer to drink our beer rather than feed it to our cattle. I’ve ordered steaks and hamburgers and roast beef in restaurants all over the United States, places that advertise the best beef from Iowa, Texas, Missouri, Oklahoma, and South Dakota, and I can honestly say, none of them even come close.

While I was living in New York and working at the college, I even had my parents sending me beef by mail. Dad would put in an order at Main Street Market (the little three-aisle grocery store in Bertrand that mystified Steven the first time I brought him home to Nebraska to visit when we were dating) and a sweet woman named Willa would cut my favorite thick Rib Eye steaks, package all the meat, freeze it, and then pack it tightly into a cooler, which my dad would wrap in several layers of duct tape and ship to me.

I got a few odd looks from the the student workers to signed for and sorted all the mail to distribute on campus. Once word got around about the packages, and I hosted a few barbecues, people began to understand my obsession and even began asking if it might be possible to have some Nebraska beef shipped to them as well. I think that if my dad had wanted to go into business for himself as a distributor, he might have been able to make quite a bit of money in the deal.

I’ve been away from home for a long time, and it’s nice to back where I can order a steak in a restaurant or pick one up at a local grocery store and know for certain that it’s going to be ridiculously good, the only way beef should be.

Today’s 365 Project entry is dedicated to some of the best beef in the world. Thank you, Nebraska farmers and ranchers for tonight’s delicious dinner. And for those of you who have never tried Nebraska beef, you certainly don’t know what you are missing. Mmmm… 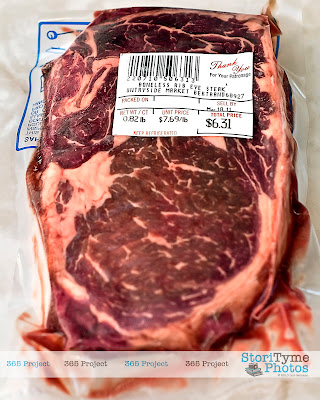 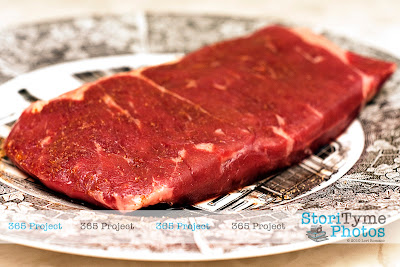 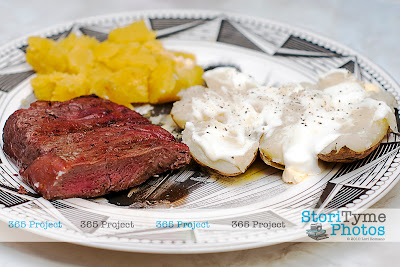 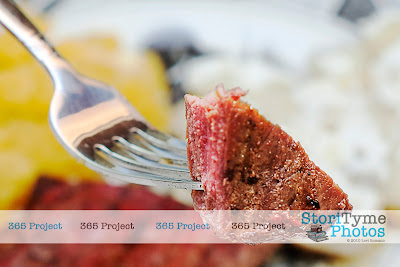