Steven’s parents arrived from New York last night to visit Nebraska for the first time. We’d been hoping for nice weather so we could really show them the town. We thought we might be able to take a stroll on the bike path, and show them Cadence’s new favorite swing at the park. We thought they might enjoy a walk through the historic Haymarket to window shop and try out a few restaurants. Or maybe we would take them to see the campuses and for a visit to the Dairy Store for some ice cream. After enjoying a couple weeks with temperatures in the 60’s and 70’s, we were hoping that the Nebraska weather might make a good first impression.

Just when the first green blades of grass began to show and tightly curled buds began to appear on all the trees, winter reared its ugly head once again. Temperatures dipped to just above freezing and we spent most of the day watching fat white flakes of snow drift to the ground. At least none of it stuck.

March can be just as cold and cruel in New York, so at least Rich and Diane weren’t completely shocked by the weather. In spite of the gray skies and snow today, we did venture down to the Haymarket to have lunch at Lazlo’s and then head over to Misty’s downtown for a good steak dinner. And even if the forecast calls for freezing temperatures for the remainder of their visit, there is not a chance that we would pass up a visit to the Dairy Store for some of the best ice cream around.

Today’s 365 Project entry is dedicated to that crazy March weather that keeps us on our toes. Good thing we didn’t pack away our winter clothes just yet! 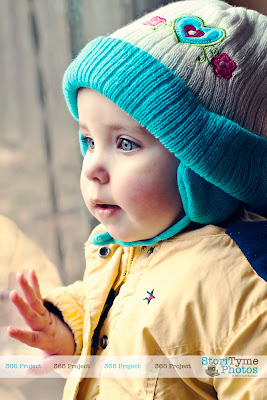