If you have never met our buddy Foerth (pronounced Firth), you are certainly missing out. This guy is one in a million. 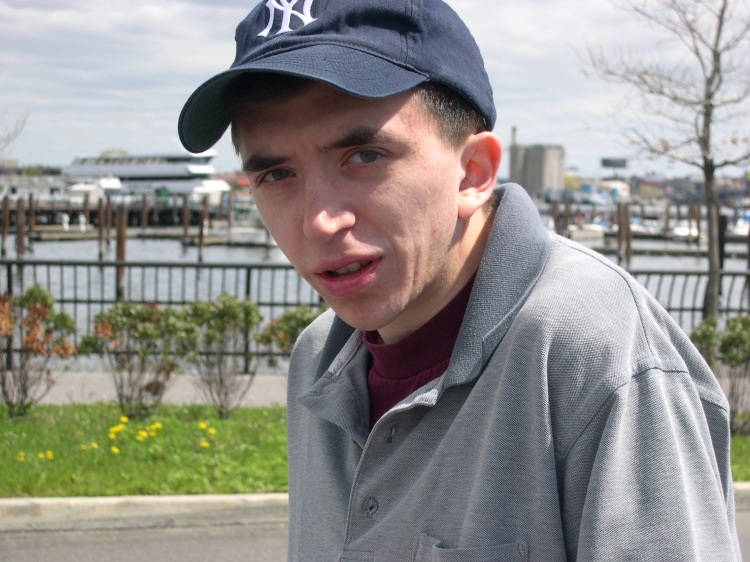 We met in college. He and I arrived at Concordia the same year. I’ll never forget the first time I met him in Dr. George’s Psychology 181 class our freshman year. Steven says the line from Ferris Beuller’s Day Off describes Foerth best…”If you put a lump of coal up his ass, you’ll have a diamond in a week.” I think I might have placed my bets on less than 24 hours though. Just one glance and you could tell this kid was wound so tight that one false move might just have caused him to snap and light everyone in the room on fire.

We became great friends, and have stayed friends ever since.

Steven and Foerth have something of a unique relationship. We’ve said for years that the two of them need to have their own radio show. Hell, I’d even tune in if they had their own TV show. Get the two of them together and things always get crazy. They bicker and banter and debate about sports. At some point, Foerth usually gets at least one backhanded slap to the nuts. If some of the other guys like Josh and Money were around, the boys would spend hours playing a game called “What Would You Do To Save Your Sister?” which entailed little more than Foerth being given two disgusting (and usually sexual) options to choose from in order to save his sister’s life.

But, the best days were always the days when we would get to do a little antiquing. Here’s how it went down…

Foerth claims to be a diehard sports fan. He’s one of those loud (angry) New York Yankees, Giants and Knicks fans that cheers loud and obnoxiously when his teams are winning, and either goes into a Hulk-like rage or into hiding when his teams lose. I question his allegience though, especially when we would gather at Foerth and Steve’s apartment for Lazy Football Sunday, and Foerth would start dozing not even halfway through the first quarter of his beloved Giants game. As a result of his apparently uncontrollable narcoleptic habits, we started a brand new Lazy Football Sunday tradition…antiquing.

All you need is a sleeping friend and a handful of flour…. 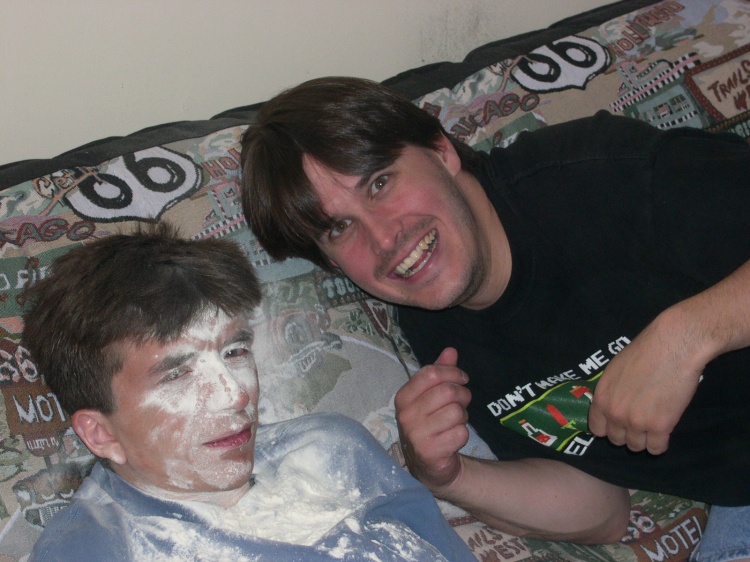 And on the days when we were feeling particularly ornery (or rather when Foerth was being particularly difficult), we would douse him with a glass of water first, followed quickly by a fistful of flour. The result? A layer of thick paste covering his face. 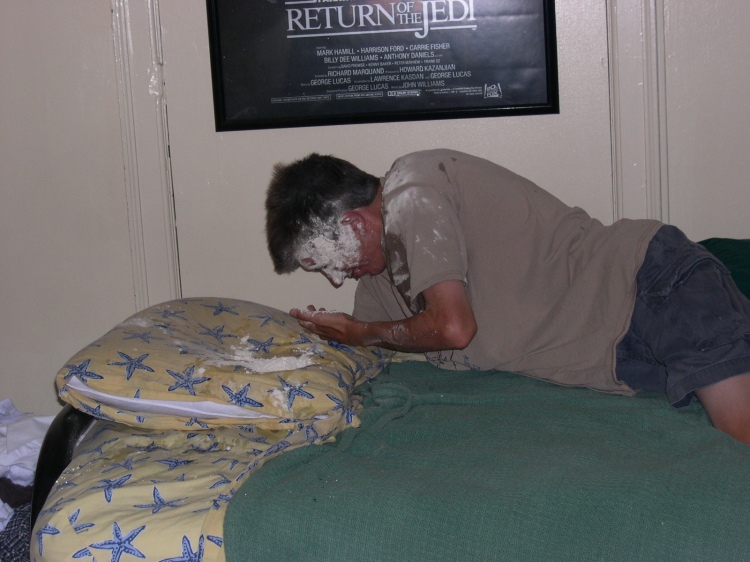 Always the good sport, Foerth managed to take all of the good natured teasing with a smile. 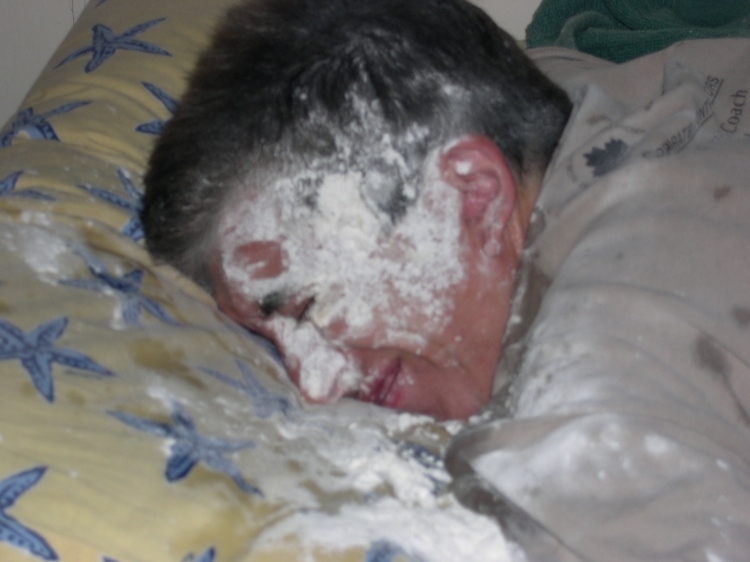 Tonight’s 365 Project is dedicated to everyone’s favorite Foerth. We miss you man! Isn’t it about time for a visit?