I love scary movies. I always have. I still remember vividly bringing home my first horror flick from the Video Kingdom in St. Francis, Kansas when I was just 7-years-old. I don’t think Mom quite understood what Jaws was about when she agreed to let me rent it, but from that moment on, I was hooked.

Over the years, I have seen hundreds of horror, suspense, thriller and sci-fi movies, and I’m always looking to give new ones a chance. For me, it’s not so much the thrill of being scared—that rush of adrenaline you get from a film that manages to scare you right out of your seat. Instead, I find these movies much more appealing because of what they reveal about basic human nature. What we fear says a lot about us, and it is fascinating to see it all evolve on screen and give us a glimpse into the nightmares that plague our collective unconscious.

This morning, Steven and I stopped on the Chiller channel when we caught part of a show talking about the top 13 scariest movies of the decade. Sadly, I only agreed with one (maybe two and that’s pushing it) films on the list. I mean, they had The Mist coming in at #3! Really people? I’m not knocking Stephen King, but even It was head and shoulders above The Mist and It was a TV miniseries with a 1990’s budget and the special effects to match.

After a lot of discussion with Steven about the scary movies that we have loved over the years, I decided to make my own Top Twenty Best Scary Movies list. I am not limiting myself to only the Horror genre because, let’s face it, some of the freakiest movie moments are in films that you might find in the Suspense, Thriller, or even Sci-Fi sections of your local video store.

So, without further ado, here is the list of movies that I believe every scary movie lover should see.

Best Freaky Movie Moments – Over the years, there have been a lot of movies that have made us jump right out of our seats or spill our popcorn on the poor, unsuspecting people sitting in front of us in the theater. But, cheap thrills don’t last. For me, the freakiest movie moments are the ones that I just couldn’t push out of my mind, no matter how hard I tried, and there were really only two that made the cut.

#1 – The Exorcist (1973) – How could you not put The Exorcist at the top of any scary movie list? This film is absolutely packed full of crazy, freaky, scary, disturbing, and downright grotesque moments that it’s hard to pick just one and say it was the worst. Watch this movie and try to put it out of your mind afterward, I dare you.

#2 – When A Stranger Calls Back (1993) – Most people have heard of the 1979 film When A Stranger Calls starring Carol Kane and Charles Durning—the classic urban legend revolving around a babysitter being terrorized by phone calls warning her to check the children, only to discover that the phone calls are coming from inside the house. Few people though, have ever heard of the sequel. While this movie might be a bit slow moving, the ending totally makes up for it. There are very few movies that have ever truly freaked me out, but this one is on the list. I won’t spoil it for those of you who haven’t seen it, but I want you to let me know how long it takes you to stop doing a double take of every wall and shadow in your home after you’ve seen it. 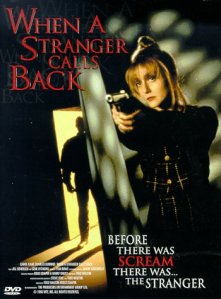 Best “Creature” Features – There are a lot of monsters and creepy crawlies out there, and these films definitely capitalized on our fear of them.

#1 – Jaws (1975) – Of course this one holds a special place in my heart since it was the first horror movie I ever saw. Funny thing is, I didn’t find it scary right away, but later when I was about 10, I was convinced that Jaws was lurking just beneath the surface of Johnson Lake. I don’t know if my parents or my cousins ever noticed, but that year, I would swim like hell to get back to the boat whenever I fell off the tube when it was my turn to ride. It’s a classic, and it will never get old.

#2 – Arachnophobia (1990) – Another one that is not exactly a particularly scary movie, but that managed to scar me for life because we discovered an infestation of Wolf Spiders in my house just hours after renting the movie and watching it for the first time. In case you missed it, you can read that story on 365 Project – Day 159 – Arachnophobia” href=”https://loriromano.com/2011/06/09/365-project-day-159-arachnophobia/&#8221; target=”_blank”>Day 159. John Goodman is fantastic as Delbert the exterminator, and for anyone who hates spiders, this movie is a must see. 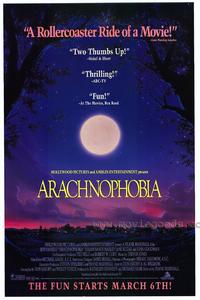 #3 – Tremors (1990) – If you haven’t seen Tremors, do it NOW! I think I must have seen this one at least a dozen times already and it never gets old. In a world full of movies where the monsters are coming down out of the sky or the killers are chasing co-eds up the stairs, it’s refreshing to see a movie with a different kind of twist—these buggers come up from under the ground to get you. Not exactly a traditionally scary movie, this one has enough thrills to keep your heart pumping a little faster than normal, enough humor to keep you smiling, and a great cast of characters. Kevin Bacon and Reba McEntire. Need I say more?

Best Slasher Films & Remakes – I’m not always a fan of Hollywood remaking or rebooting movies. Most times, it ends up being a failed attempt at making money off a tired old story. But sometimes a director will have a unique vision for what a movie can be or a different way an old story can be told, and the result is cinematic brilliance. If you never thought a couple of old slasher flicks could get a modern facelift and be any good, think again.

#1 – The Texas Chainsaw Massacre (1974, 2003) – Serial killers have always fascinated me, and there was a brief period where I considered pursuing a career in the FBI so I could become a profiler to study and help catch these maniacs. In college, I even took a class studying the minds of serial killers and wrote a paper on Ed Gein, the man whose crimes inspired classic films like Psycho, The Silence of the Lambs, and The Texas Chainsaw Massacre. While the original 1974 Texas Chainsaw Massacre will always be a classic, the 2003 remake elevated the story to a whole new level of grotesque, giving the audience a more intimate look into the mind of Leatherface and his sadistic family. You can’t really go wrong watching either version.

#2 – Halloween (1978, 2007) – The character of Michael Myers is probably one of the most notorious killers in movie history, and the original Halloween is one of those movies that could have lived on forever without a sequel or a remake and still would have been one of the best. But, you take a brilliant mind like Rob Zombie’s and things start to get a little more interesting. Zombie’s 2007 version of the classic Halloween tale adds a deeply disturbing psychological twist to the already gruesome story, showing us the metamorphosis of Michael Myers from troubled child to sadistic killer. It just might be the closest you will ever come to empathizing with a psychopathic killer. Well-played, Mr. Zombie. Well-played. 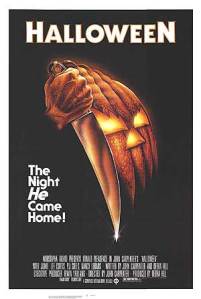 Best Alien Films – There’s a whole lot of space out there, and a whole lot of different ideas of just who (or what) might be occupying it. Hundreds of filmmakers have tried to show the world their unique vision of what lies beyond the stars, and only a very few have been successful.

#1 – Aliens (1986) – In a world full of really crappy sequels (if you can name 5 great sequels, I’ll buy you a beer), James Cameron’s Aliens is quite possibly the best. This movie has it all—great acting, great cinematography, a solid script, action, suspense, and the baddest aliens you’re ever going to meet.  Whether you’re a fan of sci-fi or alien movies or not, this is one film that everyone should see. It’s worth a sleepless night. 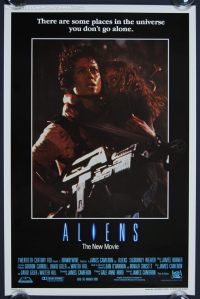 #2 – Signs (2002) – I daresay, this is probably one of the last great alien movies that has been made. Where a lot of alien movies have gone wrong lately is thinking that bigger is better—bigger guns, bigger ships, bigger and more complex alien life forms, bigger explosions, bigger budgets, etc. This past week, I watched both Battle: Los Angeles and Skyline and was sorely disappointed in both. What they lacked in plot, character development, and overall storyline they attempted to make up for in gunfire, explosions, explosions, and more explosions. Now Signs is creepy from beginning to end—from the moment you first get an out of focus glimpse of the aliens on the amateur video from a child’s birthday party until the moment that the screen goes black and the credits start rolling. M. Night Shyamalan is a fantastic storyteller, and a master of scaring through subtlety. The mere sight of the alien’s fingers curling up under the cellar door was enough to keep my husband up for two nights. This is the only other alien movie that you absolutely need to see, and you won’t be sorry that you did.

Tonight’s 365 Project entry is dedicated to those movies that thrill us, chill us, and make us sleep with the lights on. Tune in tomorrow for the rest of my Top Twenty Best Scary Movies List, and see what I name in the Best Ghost Movies, Best Serial Killer Movies, Best Movies That Broke the Mold and Best Scary (and Funny) Movies categories.

What are some of your favorites?