Let’s face it. We’ve been duped. This Reality TV craze has us firmly in it’s grip, and yet, very little of it (if any at all) should actually be classified as reality. I mean, let’s take a look at a few of the culprits…

MTV’s The Real World – The first season of The Real World which debuted in 1992 was about as close to true reality as Reality TV would ever come, and yet in spite of the rumors that it was completely unstage and unscripted, let’s not kid ourselves here. The show’s producers handpicked the cast to ensure that there would be enough chaos and tension in the house to keep the audience interested. From the second season on, all they had to do was keep choosing volitile cast members, lock them in a house together and provide plenty of booze. Guaranteed chaos, and everyone knows chaos = good ratings.

The Bachelor/Bachelorette – I’ll admit, I caught an episode or two back in 2002 when The Bachelor first aired, but quickly lost interest. The dating pool is scary enough without all the pressure of being played and rejected on national television. How this show even qualifies as Reality TV is beyond me. Everything from the pool of eligible bachelors and bachelorettes to the final elimination ceremony is staged and edited in order to get the highest ratings possible. And does anyone actually believe that these relationships can really endure outside the controlled environment and scrutiny of the show? At this point, only one bachelorette has actually married the man she chose at the end. The rest of the relationships fizzled out shortly after the cameras stopped rolling. You want a great reality dating show? Get a camera crew to follow around our buddy Foerth. I mean, this is the guy that got up the nerve to ask a girl out to a movie, left to grab some popcorn, and then accidentally ended up sitting next to and chatting with the wrong girl when he returned to the darkened theater during the previews. Oh, and did I mention the movie they chose was Brokeback Mountain? Nobody does dating quite like Foerth. 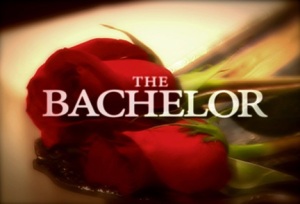 The Jersey Shore  – I will be the first to admit that I actually watch this train wreck of a show. I can’t help it. It’s just so ridiculous that I can’t tear my eyes away. But I tune in, not because I think that this is, in any way, an accurate portrayal of reality, but because I literally cannot tear my eyes away. I don’t know if it’s the boozing, the fighting, the idiotic remarks, or just to hear Pauley D and Vinny crooning, “It’s t-shirt tiiiiiiiiiiime!” when it’s time to hit the clubs. Whatever the reason, I can’t help myself, but reality? It is not.

So why do we do it to ourselves? Why do we keep tuning in when somewhere, deep down, we all know that these shows are about as close to reality as my uncoordinated dog is to winning an agility contest?

Like all other forms of entertainment, we do it to escape. Reality shows aren’t popular because they portray reality, they suck us in because they offer a reprieve from reality. They give us the opportunity to take a step out of our own mundane, chaotic, boring, frustrating, imperfect lives and focus on someone else’s. We cheer for people on shows like The Price is Right and Wheel of Fortune, imagining what we might do if we won that pile of cash and prizes. We shake our heads in amused disgust at the endless parade of lying, cheating, backstabbing guests on popular talk shows like Maury Povich and Jerry Springer, thinking that our own problems suddenly don’t seem so terrible. We cry along with the sad stories of perseverance and survival on shows like Extreme Makeover: Home Edition and The Biggest Loser, and we laugh at the ridiculous people that show off their athletic prowess (or lack thereof) on shows like American Gladiator and Wipeout.

So, maybe these Reality Shows aren’t doing anything particularly special. Maybe they’re not going to be winning any awards or saving any lives or even keeping our attention for more than a season or two. But maybe they’re not supposed to. In the meantime, tune in if you like, avoid them if you don’t. It’s only entertainment after all.

Tonight’s 365 Project is dedicated to the unreality of Reality TV. Thanks for the mindless entertainment.