The first time Steven and I saw our dear Electra, we knew that something wasn’t quite right. The Adoption Coordinator at the Arizona Beagle Rescue never mentioned that she was anything but full-blooded Beagle, yet one look at her thick, sausage body, her shorter than average Beagle legs, and her long floppy ears betrayed her half-Basset genes. We love everything about our little hybrid hound–from her sweet droopy face to her laidback (and downright lazy) personality–and we honestly believe that we got the best of both breeds in our dear Electra. 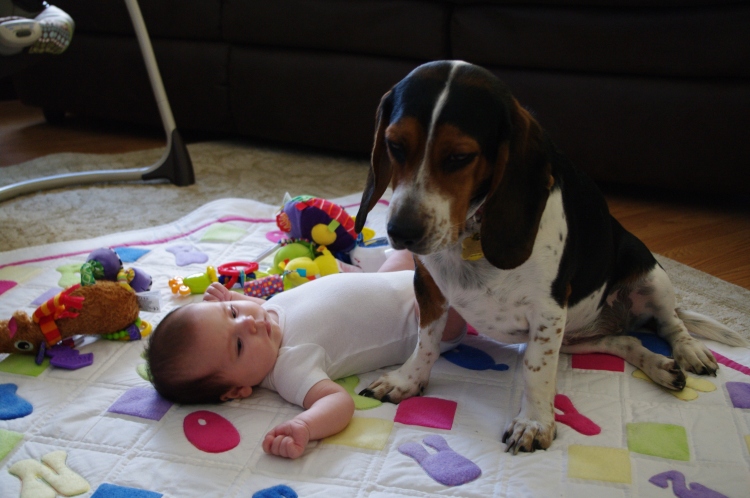 Because she is neither full Beagle nor Basset Hound,  Electra has a very…let’s say unique…shape. At first glance, she doesn’t look that big, but then she tries to climb up on your lap and sit in a chair with you, and you realize there’s a whole lot more dog there than you first realized–a solid 45 pounds more. Even worse is when she hops into bed. Steven and I sleep in a king size bed so big that we’re damn near in our own zip codes, but somehow Electra still manages to stretch herself out horizontally and kick us both off the edges.

Back when I was first trying to talk Steven into getting a dog, his first rule was “No wussy dogs” and no wussy dogs meant nothing too small or yappy, nothing that had the word “toy” in its name, and nothing that would ever require doggy clothing. I tried to tell Steven that my Aunt Jen’s pitbull Roo sometimes had to wear a sweater if the weather was particularly cold, and there was certainly nothing wussy about a pitbull, but Steven wouldn’t hear it.

“No dog of mine is ever going to wear a sweater. End of story.”

And that was that.

So, you know I had to try this little red flannel number on Electra when I found it in one of the boxes. 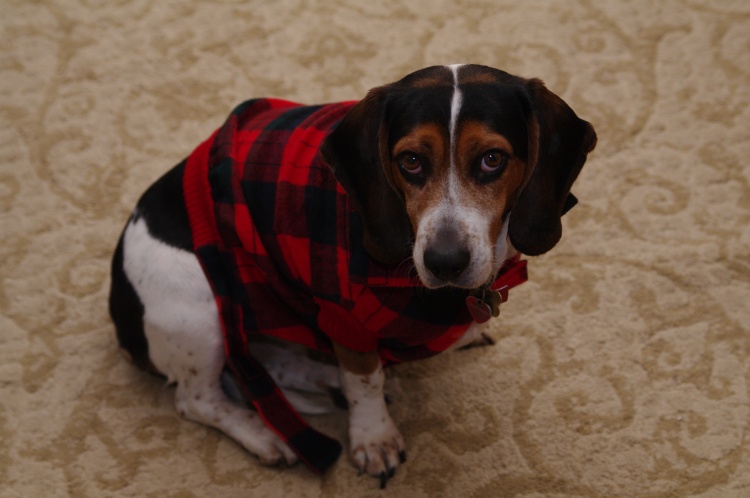 I bought this little doggy jacket back in high school when our dog Tu-tu (a Pekingese/Poodle mix) was getting old and refused to go outside in the winter. I think she wore it exactly once, and then would try to bite me whenever I tried to get near her holding it, so I gave up and packed it away.

I checked the label and it said Large, but…well…Electra’s a little busty. I managed to get her squeezed into the jacket for a few quick photos. 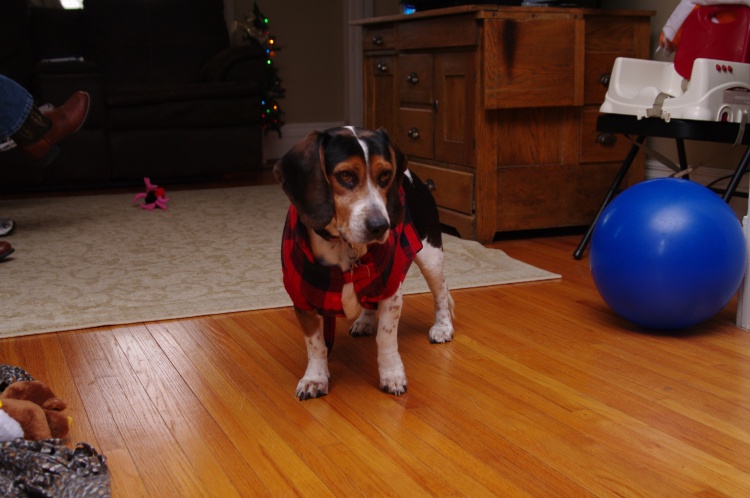 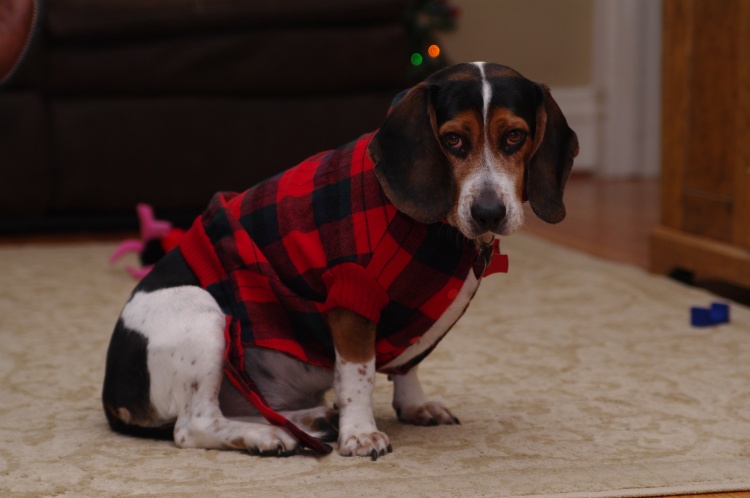 She was thrilled. Can’t you tell?

And since no diet or exercise plan is going to help Electra actually fit into this little red jacket, I sent it home with my sister Lindy for her Italian Greyhound named Bones. And so, for now Steven’s #1 Dog-Owning Rule still remains unbroken.