My name is Lori, and I am a book hoarder.

I’m not going to deny it anymore. For years, I tried explaining my obsession by telling people that I was an English major and an English teacher and writer, but there comes a point when even the explanations fall short of the ugly truth.

When I first decided to tackle this 365 day Excavation project, my husband’s first question was, “So, are you gonna get rid of some books?”

He may as well have stabbed me in the chest with a pitchfork.

Get rid of books? Was he freakin’ crazy?

But, I think Steven has been trying to quietly motivate me by turning on the show Hoarders and Hoarding: Buried Alive whenever we’re just sitting around and watching TV, and somehow, it seems to have worked. As I work through my Excacation 2012 Project and continue to rid my life of some of the useless clutter that has been following me around for years, I decided that it is probably time to take a hard look at my personal library and weed out some of the books that I no longer need (and notice I said “need” not “want” because let’s face it, if it has a cover and pages, I want it).

So, I came up with a few little rules for myself…

1. If I have no desire to ever read it again, it goes.

2. If I am unlikely to ever need it again, it goes.

So far, there has only been some minor bending of the rules. Don’t judge me. I’m trying, and I have to say, I’m pretty darn proud of my progress so far.

In two days, I have gone through more than a dozen boxes, with labels ranging from “Heavy”

There are still some Kinda Heavy and Damn Heavy’s floating around in the basement, but I haven’t gotten that far yet. I still have 40 or 50 boxes left to go though.

As you can see, Electra took her role as Supervisor very seriously. 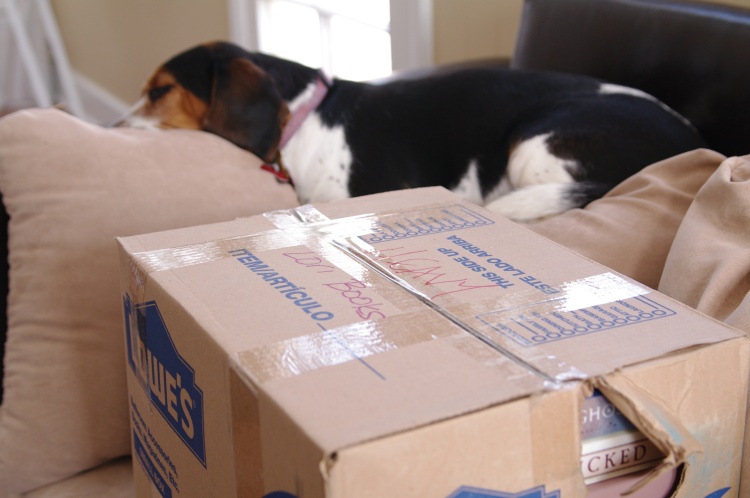 So, after two days of unpacking, I’ve started sorting books, and getting them up on shelves. At first, we thought we would use this built in shelving unit on the sunporch to display our china. Unfortunately the china doesn’t fit really well on the shelves so, it has been converted to a bookcase for now.

Not too bad for a start.

And, now that the old bottles and jars of pickled vegetables have been removed from the glass fronted kitchen cabinets, I thought it might be a great place to display some of the older, more fragile books in my collection 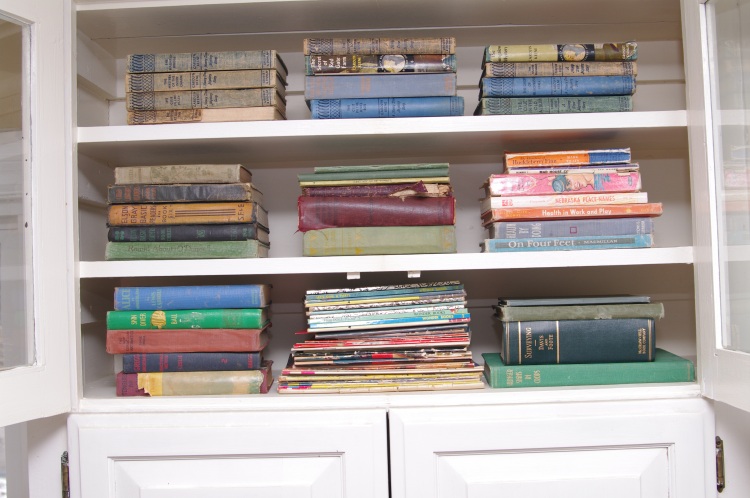 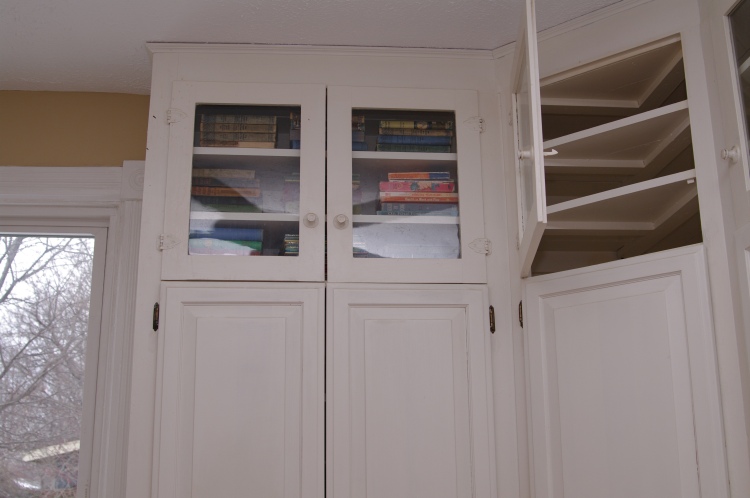 I know what you’re thinking… Is she seriously getting rid of anything?

And, as a matter of fact, the answer is a loud, resounding yes! Woohoo!

I actually managed to fill an entire box today with books that will be sold/given away/donated. Go me! 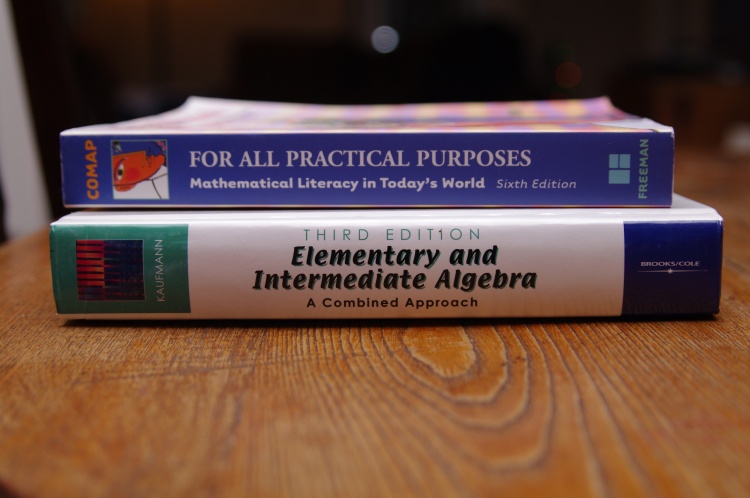 Seriously, why the hell do I still own these. I hate math. HATE it. I hate it more than anything else in the entire world. The only way I passed my math classes in high school was by having my boyfriend and some of the guys on the drumline help me with my homework, and by getting seriously lucky on the unit exams.

In college, I put off the required math classes as long as possible, which meant I was cramming them into my final two semesters my senior year and stressing to pass so I could actually graduate. Hell, I even wrote a letter and had a meeting with Dr. Jacobson, Academic Dean, putting up a very well-researched argument about how useless college math classes were for an English/Creative Writing major, and how I should instead be allowed to replace them with classes that would actually supplement my major. He still made me take the classes, but he gave me a good-natured pat on the back and helped me pick out the two easiest courses.

Easy courses or not, opening a book and seeing something like this still gives me a migraine and makes me feel slightly homicidal. 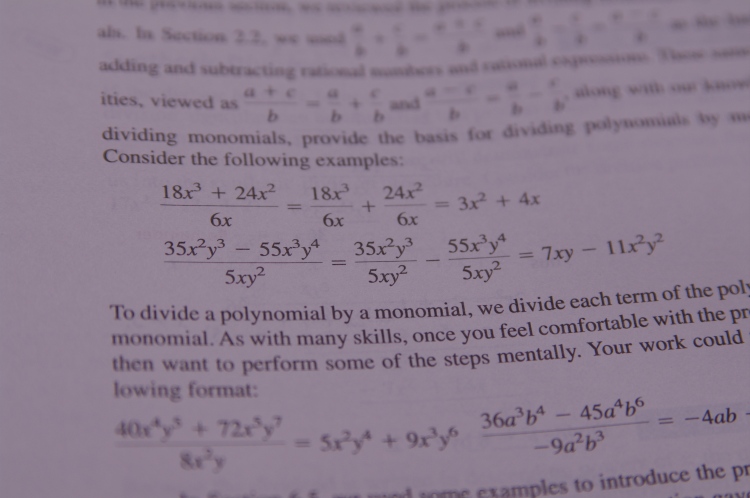 And seeing as I took and passed the final back on December 12, 2002, I think it’s high time I bid these books adieu.

Believe me, they won’t be missed.