So, I’ve had a couple nights where it has been hard getting to sleep this week, and inevitably I have found myself watching reruns of Hoarders. It’s somehow becoming my newest obsession. I can’t help myself. If I’m flipping through channels and see that it’s on, I immediately tune in. And even when I am absolutely mortified by what I see (like the lady named Mary whose hoarding had caused serious structural damage to the house, and who had resorted to sleeping on one small section of her mattress which was covered in cat feces and soaked in urine), I can’t look away. God help me, I can’t look away.

The opening credits of the show say that 3 million people in the US are compulsive hoarders. 3 million. That’s a whooooole lot of hoarding going on people. And even if I am nowhere even close to Mary’s ballpark of hoarding mania, this Excavation project has certainly opened my eyes to some of the more ridiculous things I’ve been holding onto. 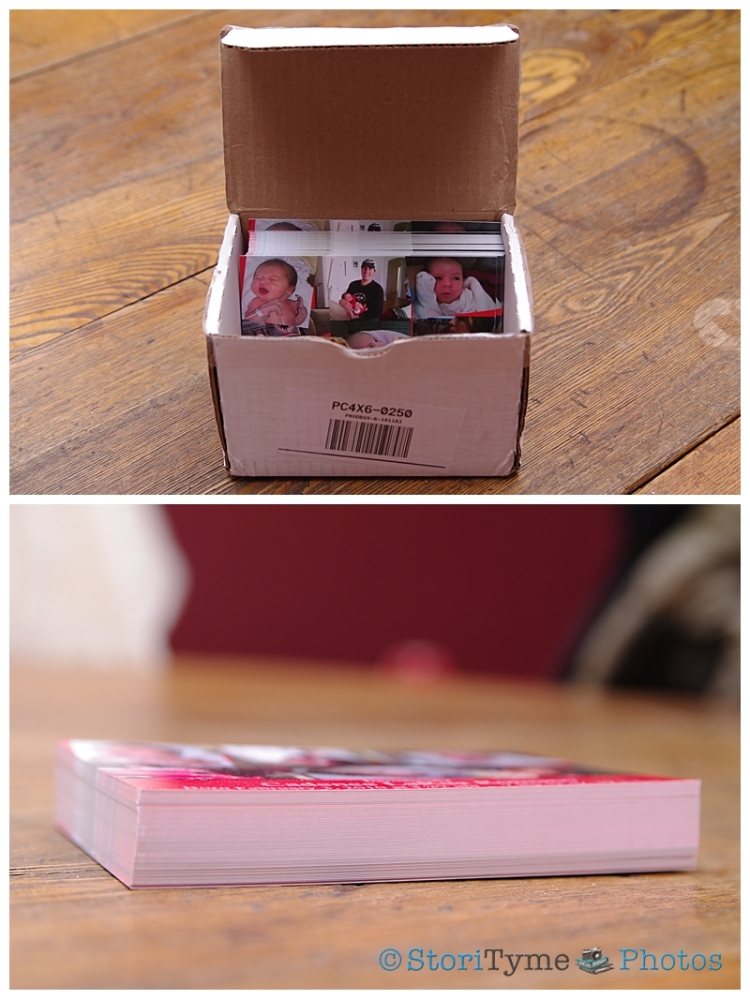 For those of you following this blog, you know that Cadence celebrated her 2nd birthday almost 2 weeks ago. Yet, somehow, these announcement postcards have survived two years and two moves, following us from place to place. And honestly, I can’t even tell you what my rationale was to hang onto them this long. Obviously we ordered way too many, but I just couldn’t bring myself to toss them right away.

By the time we were packing to leave Arizona, Cadence was already 10 months old, so it would have been the perfect time to trash them, yet somehow they made it into a box instead of the garbage. I guess maybe I thought I should hang onto them just a little longer, in case we accidentally missed someone when we mailed them out. At this point, that excuse is more than a little moronic.

I am a birth announcement postcard hoarder no more! Woohoo! I feel so liberated. Onto the next.