Men’s Wearhouse – You’re Going To Regret How Much You Spend. I Guarantee It.

If you watch any amount of television at all, you’ve probably seen at least one commercial for Men’s Wearhouse. The commercials are nothing extraordinary. A bunch of footage of men looking rather dapper in well-tailored suits. Then the deep baritone of founder George Zimmer stating, “You’re going to like the way you look. I guarantee it.”

You know, I always wanted to believe Mr. Zimmer. I mean, he looks like a pretty straightforward, honest guy. Well, as far as I could tell from the commercials. And there’s something about that guarantee that makes you believe Men’s Wearhouse has to be something special.

Boy were we mistaken!

See, Steven has purchased things at Men’s Wearhouse over the years–a shirt or tie here and there, and maybe even a suit once upon a time. He even used Men’s Wearhouse for the suits he and his groomsmen rented for our wedding. Overall, I think we were only moderately happy with everything. After all, the clothing is a bit overpriced (even during their big BOGO sales), and they even messed up our wedding order so badly that there was a last minute scramble to find Steven a pair of shoes that fit, and one of our groomsmen had to wear a different vest than everyone else.

The real clincher though is all the new dress shirts that Steven bought when he started his new job here in Nebraska. Working in an office where he would be wearing a suit and tie daily, he needed to beef up his wardrobe a bit. After dropping $1200 on two suits, six shirts, and six ties, were were counting on that good ol’ Zimmer guarantee and hoping we would be happy with purchases for awhile.

See, it wasn’t long before Steven started to complain that things just weren’t fitting right. His jacket sleeves felt too short, and a few of the shirts that the Men’s Wearhouse employees assured him were the perfect fit were feeling a little too snug. And it wasn’t the It’s-the-holidays-and-I’ve-packed-on-a-few-extra-pounds sort of snug. It was more the Damn-they-sort-of-screwed-up sort of snug. 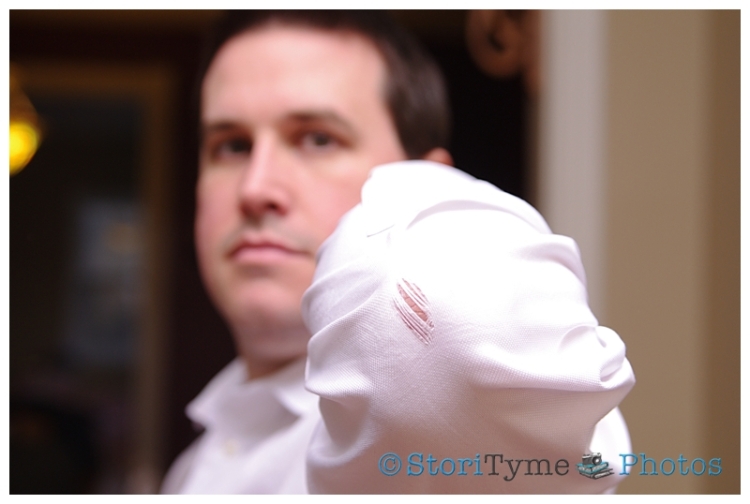 I kept telling him he should take the shirts in to Men’s Wearhouse, all six of them ripped in the same spot, and ask for a refund. Obviously there is a problem with the shirts. It’s the same three brands, ripping in the same spot. 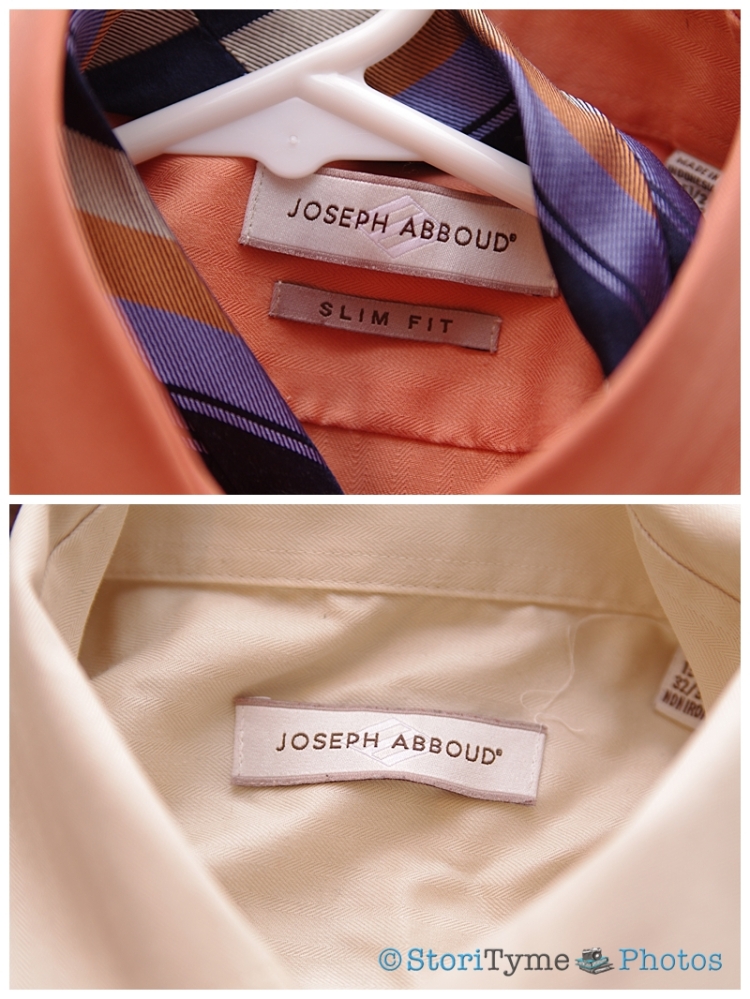 I mean, I know they don’t make clothes like they used to, but come on! This is ridiculous. Liking the way you look only works if the clothes are decent enough quality to last more than a couple of months. But Steven refused. He figured he might have to head in to be fitted for a tux for our buddy Gary’s wedding, and he didn’t want to get himself on some sort of Men’s Wearhouse Master Shit List by contradicting Mr. Zimmer’s good ol’ boy guarantee.

I still say we should have gone in and complained, but at this point, Steven is content to just have the last of the Men’s Wearhouse stock made into short sleeve shirts and wear them until they’re too worn to keep wearing.

And then, we’ll be heading over to JC Penney to buy some real clothes that will last.