Written by Lori RomanoPosted on December 17, 2013Leave a comment

The best place I ever found to write was in New York City’s Grand Central Station. Seems strange, I know, but I spent countless hours during my college years, sitting on the cool marble floor of that beautiful building, back pressed against the wall, writing page after page as the bustling crowds passed by and never even seemed to notice me.

The thing about writing in Grand Central Station is that there is never an uninspired moment. Trains arrive and depart, crowds swell and taper, announcements echo through the speakers. An endless parade of potential characters plays out an impromptu performance that moves and changes with a life of its own.

There, on that dirty floor of a the train station, my pen would fly across the empty pages on its own, filling the void with words and ideas from a place that I never even knew existed.

And this is where we found Cosette this morning, showing us that, she too, has an appreciation for the city that is so near and dear to our hearts. Cadence thought it was pretty funny that she was “having lunch with the guys”. We thought it looked like she fit right in… 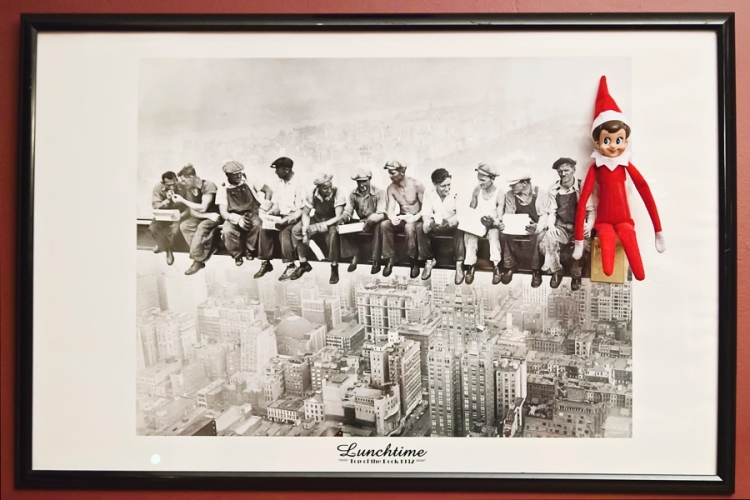