People always talk about how much your life changes, how much you change, when you have kids. It’s true in a way, I suppose. There are certain parts of my life that have changed immensely. I’m perpetually sleep-deprived. I plan most of my evenings around stories and consistent bedtimes. And a normal day (at least during the baby and early toddler years) usually includes me getting puked on, pooped on, or walking around covered in a thin layer of drool or something unidentifiable and slightly sticky. But as a whole, I’m still very much the person I was before my kids were born. There are parts of myself and my life (like my writing, and my relationship with my husband) that I cling to, because they are things that keep me tethered and make me whole.

A certain level of of chaos is to be expected when you bring a child into your home, and yet I don’t agree with the people who claim that your entire life and world and marriage and identity get turned completely upside down when you have kids. For some people that might be true, and hey, I’m not faulting them for it. We all get to choose how we’re going to approach this thing called parenting. But I tend to think that completely allowing your children to take over your life and your marriage is a very dangerous road to go down, especially if you want to emerge with your partner and your sanity when the kids eventually leave the nest.

Stevie and I certainly aren’t perfect, but the fact that Cadence is still alive and that she’s a really great kid (at least 96.7% of the time when she isn’t overtired and whining) gives us a little hope that our parenting philosophy is working, and that we just might have a chance of our kids growing up to be smart, compassionate, productive members of society.

We try to keep it pretty simple.

1. We’re in charge. End of story. We made you. We wiped your butts. We go to work and make the money. We pay the bills. We make the rules. There is no sense of entitlement allowed here. And this certainly isn’t a house where a kid (be it a toddler, a grade schooler, or a teenager) is going to run the show. Sorry, not happening. As Stevie says (and his Dad once told him), “We’re the King and Queen of this castle. You are our little court jesters. Someday, when you move out, and you are the King and Queen of your own castles, you can make the rules. Until then, we do. Get used to it.”

2. We are a united front against you. There’s no taking a no from Mom and running to Dad to turn it into a yes. Not even a maybe. No means no, and we’re both sticking to it. We started telling Cadence this when she was too young to even understand it, but now she gets it, and I think it just might be one of the reasons she was so excited for Henry to be born, so at least she had someone in her corner to lend a little support to her cause. It’s also the reason we’re perfectly content being a family of four. We’re not interested in being outnumbered.

This December, we are suddenly outnumbered because, let’s face it, inviting a couple of ornery elves in for the month leading up to Christmas is sort of like asking to be thrown into a pool with a school of semi-hungry piranhas–you know there’s some danger present, but you still firmly believe you can survive, even as they begin to nibble at your toes.

So, after a few messes left behind after their late-night junk food binges, Santa decided to step in and help us out a little bit. Thanks big guy. 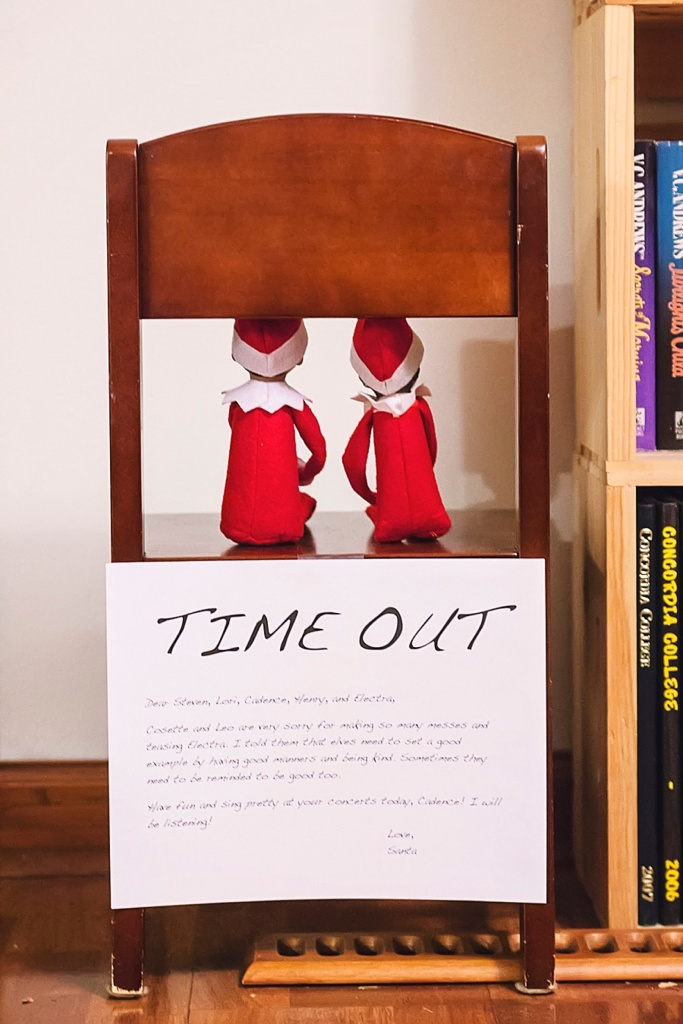 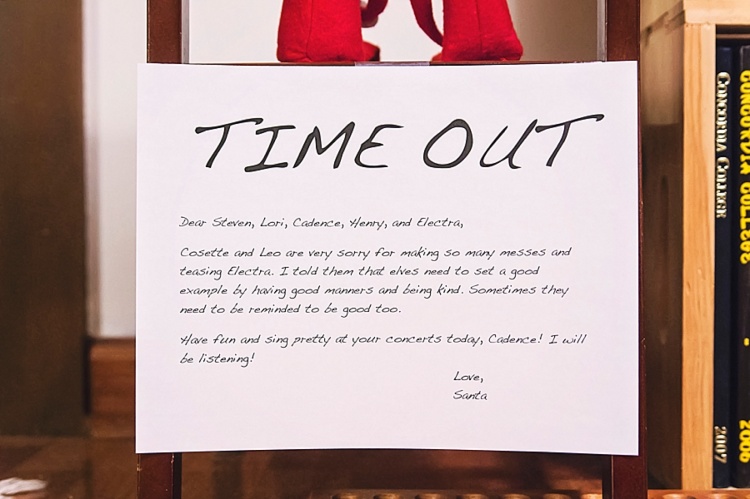 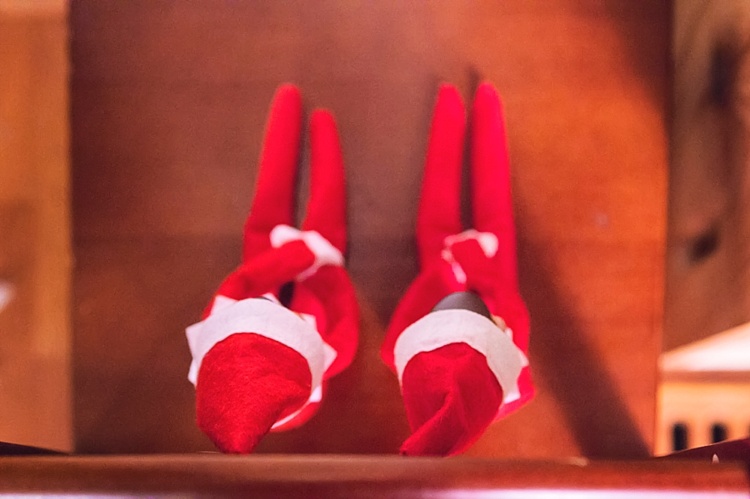