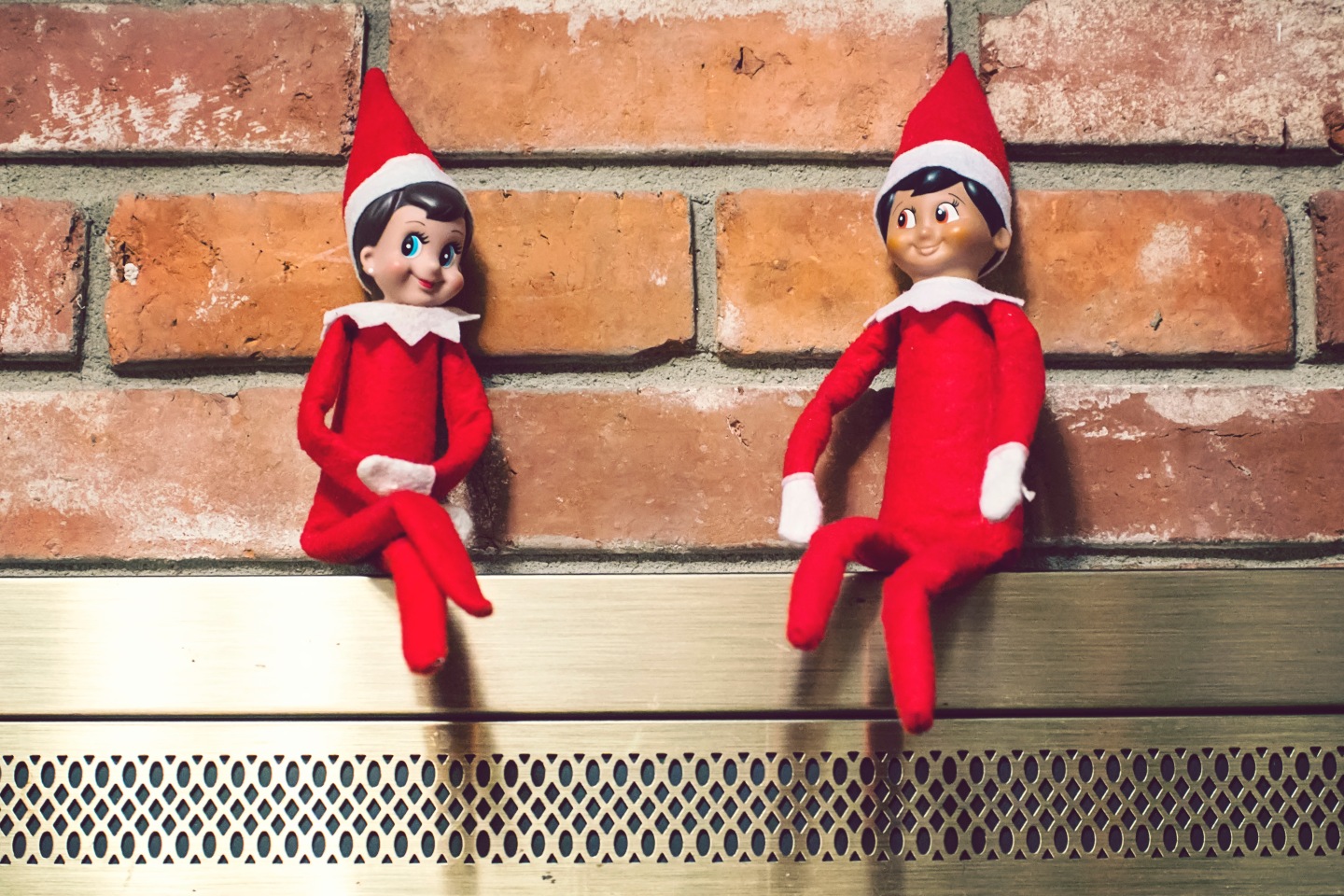 You know, there’s apparently one surefire way to get me back on my blog and writing again…just summon those pesky elves back from their 11-month North Pole vacation homes and here I am.

I’m having a hard time believing it’s December 1 already. I know it’s all sorts of cliche to talk about how time is flying and ask where the past year has gone, but I’m going to say it anyway.

Seriously, where has 2017 gone? Does anyone else feel like this was the shortest year ever?

There’s just too much happening. Stevie and I are busy working. The kids are both in school. Cadence has homework and piano and swim team and soccer. Henry has tantrums and the adorable orneriness that comes with being 2. We finally sold our house in Arizona and invested in a little income property project here in Lincoln (that has turned out to not be quite so little, but that’s definitely another story for another time). I’m still working on writing two books. And Stevie is building drum set platforms and learning new software programs and gathering what he needs to start his own podcast.

So maybe instead of asking where the year has gone, I should really be asking how in the hell we have even had time for it all?

And then December rolls around and here we are again, trying to brace ourselves for 25 days of elf-moving madness. I hate to say it, but we’ve been dreading this since Christmas last year. We’re like what, 4 or 5 years into this elf business? I gotta tell you folks…we’re exhausted. We’ve got one child whose getting old enough to notice the fine details and openly question why the heck Cosette’s hands are scotch taped together on the candy cane (um…I guess she was afraid she wouldn’t be able to hold on as she’s trying to use it to zipline across the living room) and why Leo is lying in the middle of the floor instead of sitting on the shelf (um…I guess he thought it would be funny to make it look like he fell off in the middle of the night and couldn’t climb back up on his own). And we’ve got another one who is young enough where all of this elf-magic is just beginning.

Stevie and I were trying to figure out the other day just how much longer Cadence was going to believe in the elves. Another year? Two? Three? And we couldn’t quite decide if we were more excited that some of the pressure would be off when she finally figured out that good ol’ Mom and Dad are really the mischief makers, or that when that moment finally arrives we can recruit her to help us come up with new ideas (and actually remember to move the dang elves every night) until Henry finally outgrows them too.

But until then, we’re in it. Even if it means we’re staying up way too late to brainstorm new ideas and set the scenes. Thank God for Pinterest and all the other exhausted parents sharing ideas. We salute you, fellow soldiers!

Now let’s get this show on the road.

Cosette and Leo are back and they’re helping us purge. Maybe these elves aren’t so bad after all. 😉

Of course, Cadence was super excited to see them return this morning (and even left them a little note letting them know that there was some freshly made puppy chow sitting on the counter). Henry…well, Henry is not so sure what to think about these intruders. Granted, he is a little slow to wake up in the morning, so he may not have been quite ready to deal with the elves’ shenanigans as he got up and got ready for school. But, after spending the morning eyeing the elves suspiciously and trying to touch them anytime we weren’t looking, I think Stevie and I are going to have to be on our game this year. 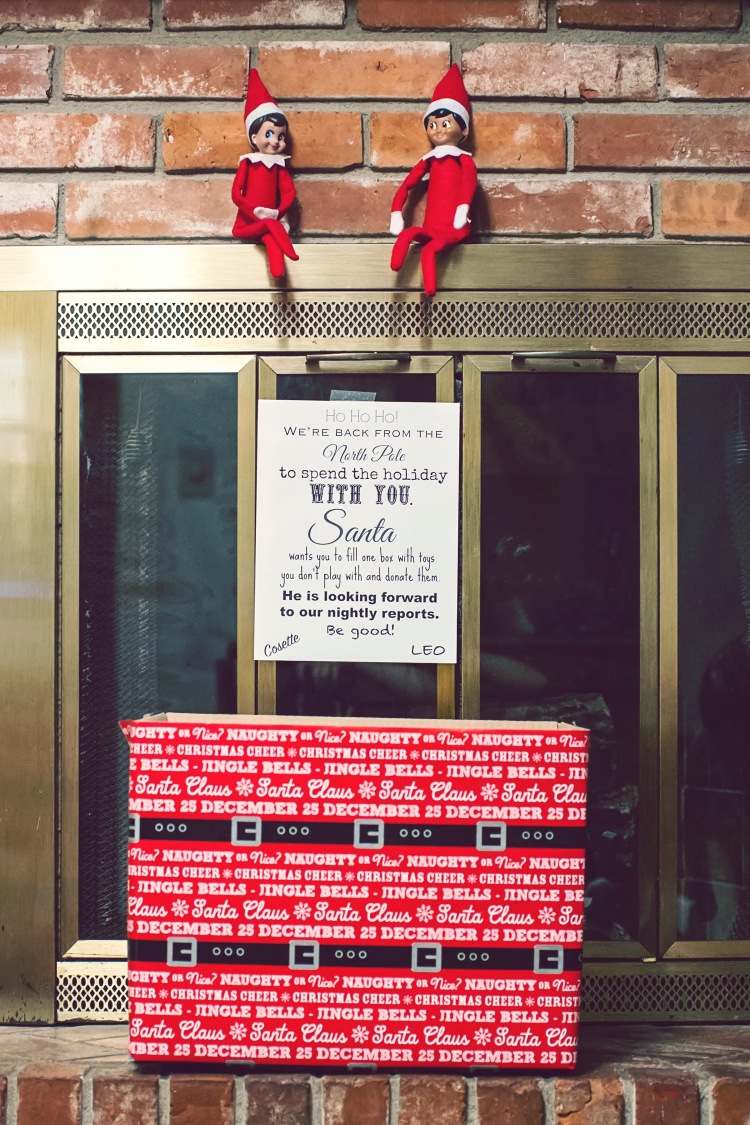 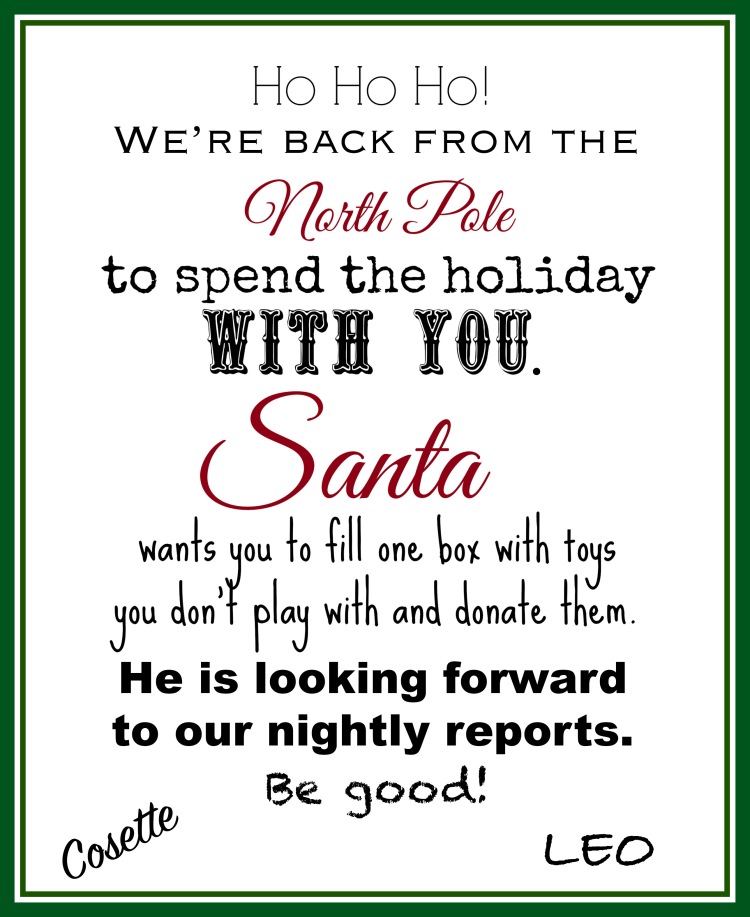 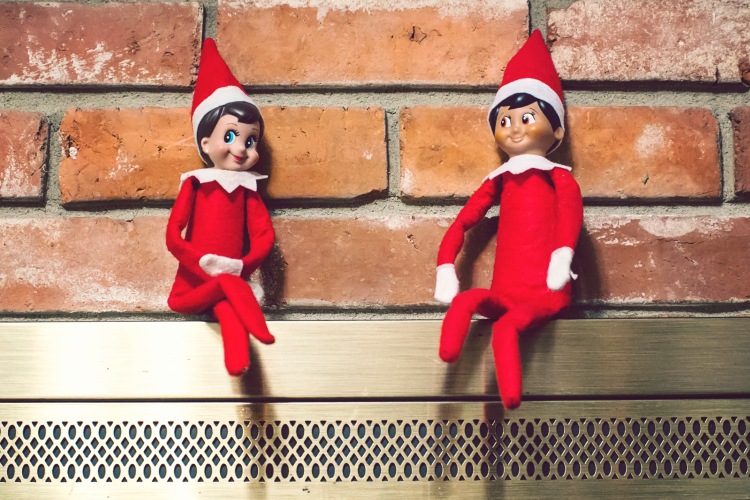 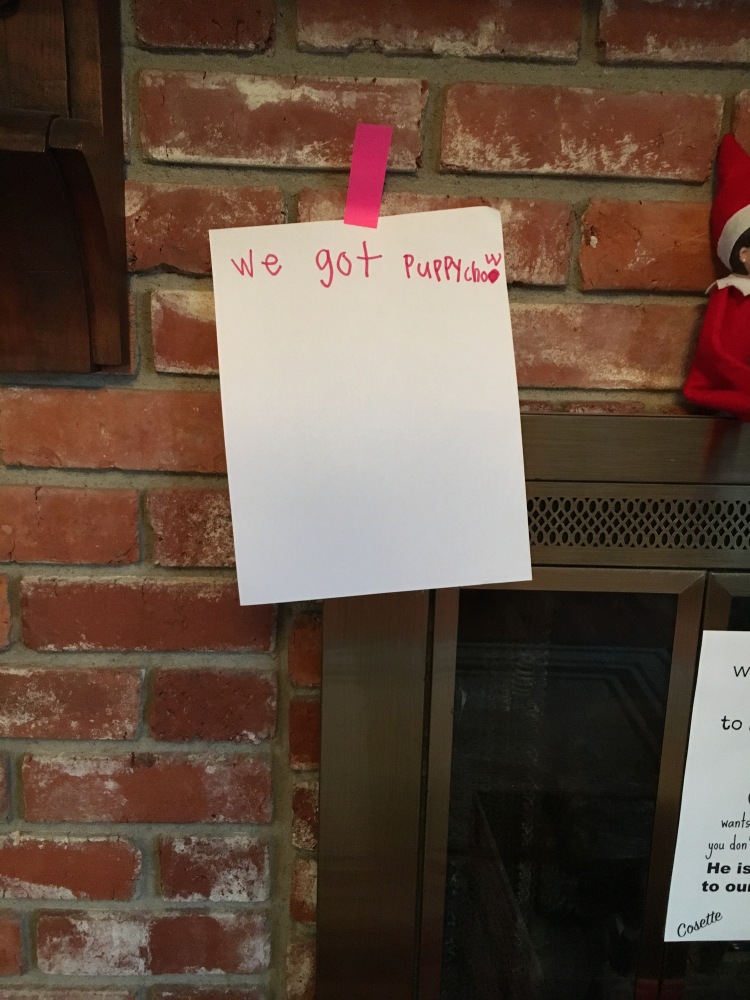 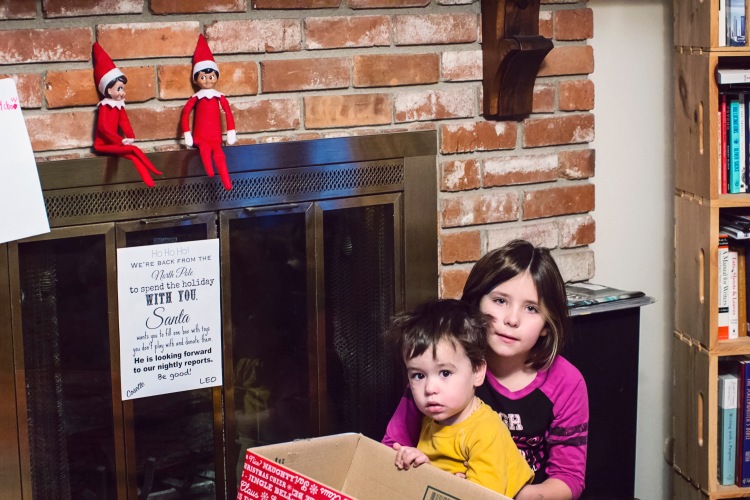