We’re closing in on Electra turning 11, and it’s getting harder to deny, our sweet hound is getting old. Obviously we noticed it in her face, as it slowly turned from mostly brown to mostly white. And this past year or so, she has turned into brash old lady who just doesn’t give a fu** about anything but trying to live her best life. And that roughly translates into her being more stubborn than usual and completely disregarding any rules we try to set in place to quash her food-whoring ways.

I imagine Betty White is her spirit human.

Most recently, though, her give-no-shits attitude has prompted her to attempt slow-motion jailbreaks. This morning, while we were attempting to get the kids wrangled and out the door to load up the car, Electra quietly sauntered out the door with us. Luckily Stevie managed to wrangle her back into the house with the promise of a cookie.

Less than 10 minutes later, as Stevie was pulling out of the driveway with the kids, I stepped out the garage door to start my car, and didn’t notice that the door stayed open a crack behind me. The next thing I knew, Electra was out the door again and heading for the driveway. I hollered and grabbed her collar and promised her another cookie if she would just get her ass inside.

I mean seriously, what does this dog think she’s doing? It’s 8 degrees out, a foot of snow on the ground, and God knows there is no way she’s going to go out there and find another family who is going to stick to her ridiculous feeding schedule.

I honestly don’t think she would make it far. This old girl has about two blocks of stamina in her. But hey, at least she still has enough spunk left in her to try, right? Even if she gives me a mild heart attack every time she tries to escape, part of me is kinda proud that she is the type of dog who, even in her ripe old age, will see her opportunity and take it. 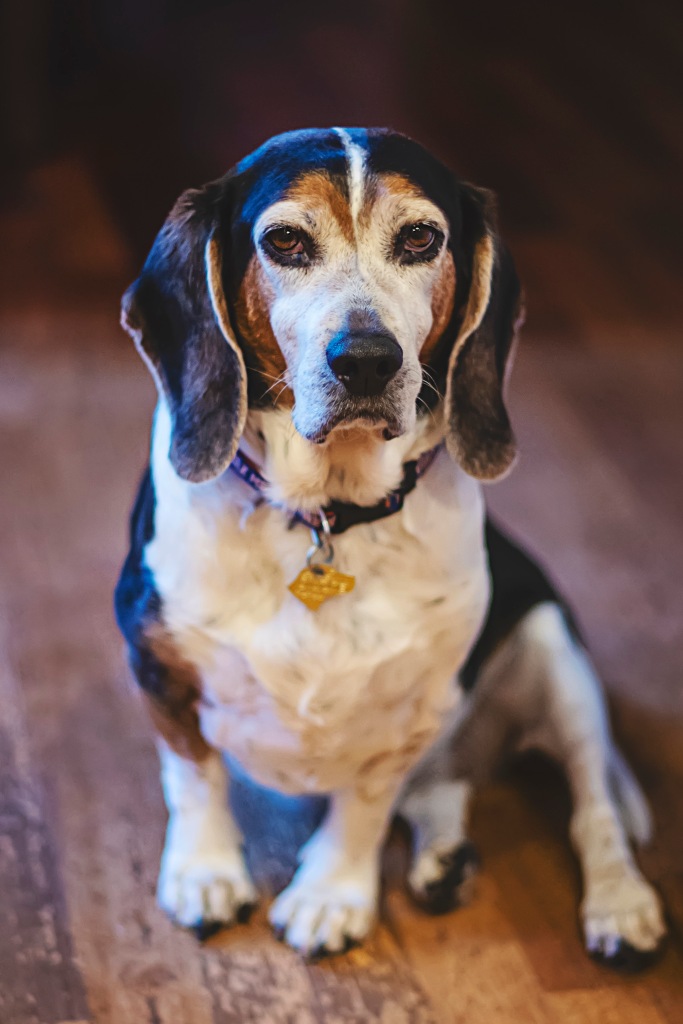