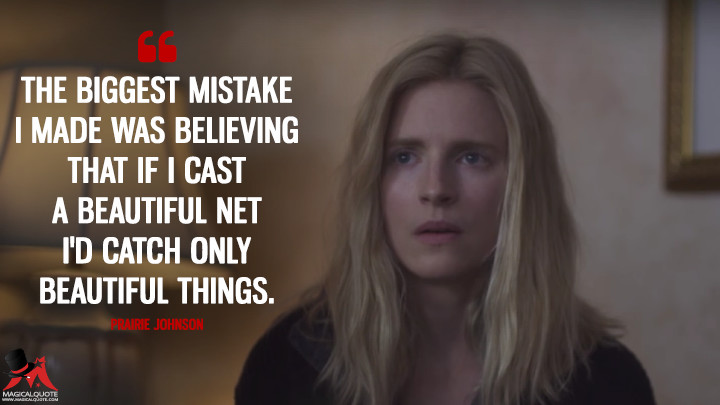 Written by Lori RomanoPosted on March 6, 2019Leave a comment

I didn’t think any show would ever captivate me like Twin Peaks. Then LOST came along and earned itself a solid 2nd Place on my all-time favorites list. And while there are a lot of other things I’ve thoroughly enjoyed (The Sopranos, Gilmore Girls, Person of Interest, The Office, Parts Unknown, Better Call Saul), Twin Peaks always head that top spot.

Then The OA happened.

I’d never heard anything about it. One day, it was just there, advertised randomly on my suggested Netflix titles. I started watching one night after the kids were in bed while Stevie was out playing softball, and by the end of the first episode, I was hooked. I stopped at the end of episode 4. Halfway through that first viewing of the first season and I desperately needed someone to talk to about it.

Stevie indulged me and we started back at the beginning. He was intrigued enough to finish the first season. We debated theories, discussed episodes, and generally disagree on just what the hell is happening in this show.

And now, after a long two year drought, Season 2 is finally slated to drop on Netflix on March 22. I can’t even explain how excited I am to see where the story goes from here.