There wasn’t really anything on the agenda tonight, other than a late meeting at work. Then Stevie texted to say that Cadence was sick, had a fever, and had gone upstairs to nap. All was fine when Grandma picked her up at school. Miss C went upstairs to practice piano and guitar and work on her theory. A half hour later, she came back downstairs flushed and feverish and complaining that her neck and arms hurt. By the time I got home around 6:30, her fever was up to 101.6 and she was lying her her bed crying and saying the back of her neck, hands, and feet hurt.

C is generally pretty healthy, and even when she’s super sick she never really complains about anything (Hell, this is the kid we didn’t know had an ear infection until the eardrum was ready to burst, and didn’t know had pneumonia because she never even showed any symptoms). Her pediatrician’s office was closed and every Urgent Care in town apparently closes at 8:00 pm (by that point it was 7:45), so I called the pediatrician’s after hours nurse line to describe the symptoms and ask if we should wait it out or take her in.

By 8:30, we were getting checked into the ER to have Miss C checked over, and the fever was climbing above 102. The doctor ruled out meningitis, but decided to do a flu swab and a urine test. Thankfully no flu, but the fever was apparently bought on by a bladder infection. We got a dose of Tylenol and an antibiotic. Now it’s 11:00 pm and we’re finally back home and I’m exhausted. 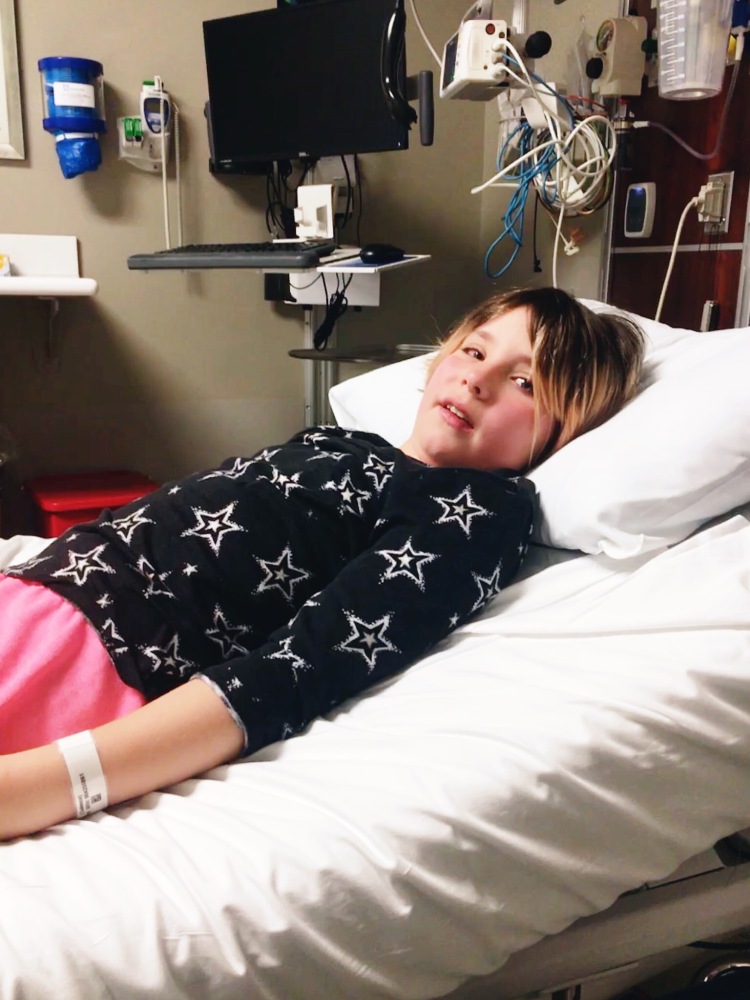