Last night was a big night for our dear Cosette–her introduction to Husker football.

Steven always says that marrying someone from Nebraska is like marrying into the Mafia. We’re serious about our football around these parts, and we’re fiercely loyal fans. True Nebraska fans bleed Husker red. Win or lose, we take great pride in our team. We tune in, without fail, every Saturday. We respect our opponents and cheer on our boys. We honk and high-five and holler “Go Big Red!” whenever we spot fellow Husker fans on the street.

Last night, we tuned into the Nebraska-Wisconsin game, knowing that it was going to be a tough one. Let’s be honest–it’s been a pretty tough season. Being leaders in categories like turnovers, opponents points off turnovers, and penalties doesn’t really bode well for a team’s season. Yet somehow, we’ve been able to pull off some pretty incredible come-from-behind wins and march our way into the Big 10 Championship game for a chance to play in the Rose Bowl. After barely beating Wisconsin earlier in the season, I’m not sure how anyone would have thought that it would be an easy win.

What we didn’t expect, however, was the total slap-in-the-face shellacking that Wisconsin so deftly delivered. It was an ugly, ugly game, but, as always, we watched through ’til the last second ticked off the clock. And while we Husker fans may not be smelling roses in our immediate future, we’re still proud of our team.

Poor Cosette, though. What a way to be inducted into the Husker family! While I needed a stiff margarita to get me through the game, she drowned her sorrows in chocolate, and covered her eyes when she couldn’t stand to watch. 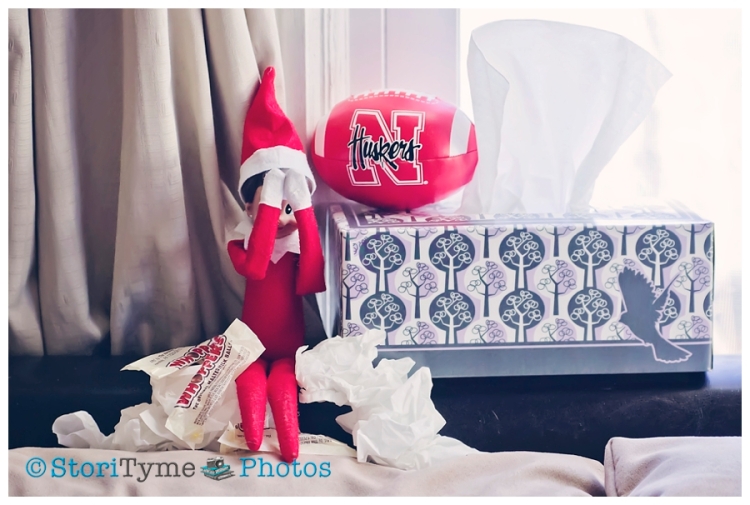 And since Cadence had to go to bed before the game ended, Cosette made sure to leave a little something for her on the table so she wouldn’t feel left out… 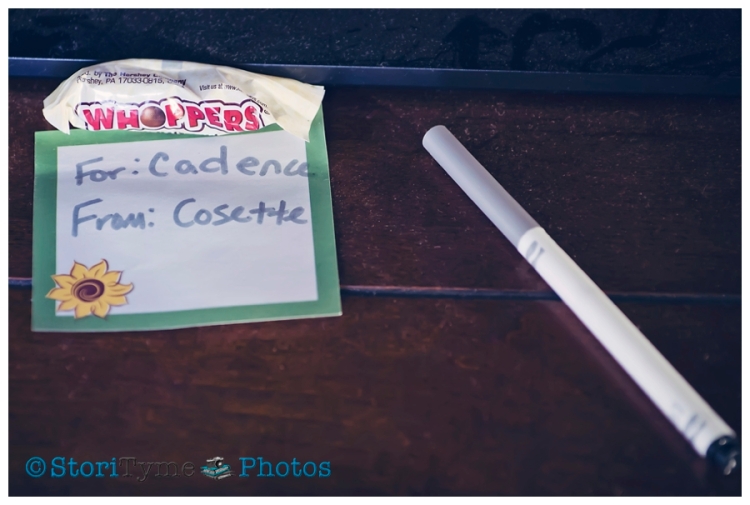 So, when Cadence woke this morning, she hustled Electra down the stairs, and then immediately went to check on Cosette and see if she’d made it back safely from her nightly North Pole trip.

Cadence spotted Cosette immediately and greeted her with a warm “Good Morning!” 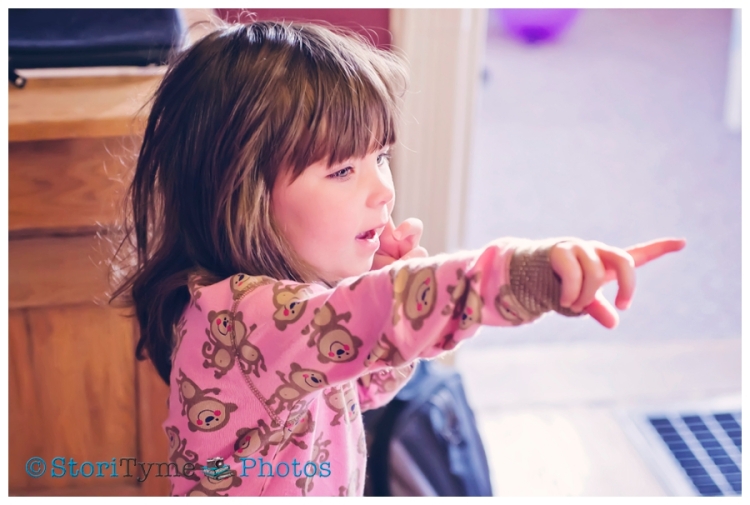 And she was tickled pink when she found the note and the candy Cosette had left just for her.

And after all of this, we’ve come to a very important realization…Even after an evening of ugly football, a little chocolate therapy goes a long way! 🙂