I can’t believe I missed a day of photos, and such a good day too! We woke Tuesday morning and found the crazy elves had wrapped toilet paper around themselves and around the ceiling fan in our upstairs hallway, and they were swinging around on the fan like a carnival ride. Here’s a terrible sketch to help you visualize (take note of Cadence’s epic bedhead–I don’t know what that girl does in her sleep but her hair looks like it has been tied in knots by a legion of demons during the night).

Wednesday morning, Cadence woke to find Cosette and Leo just hanging out on the kitchen counter. We thought maybe they’d taken a night off from their shenanigans, but then Cadence fired up her Daddy’s iPad and we we quickly discovered that our sneaky little elves had been having way too much fun taking selfies. They even set their favorite as the screensaver.

This morning, we don’t know exactly what happened to make Buzz Lightyear decide these elves needed to be disciplined, but we woke to find Buzz had taken matters into his own hands and put the elves in a serious timeout. 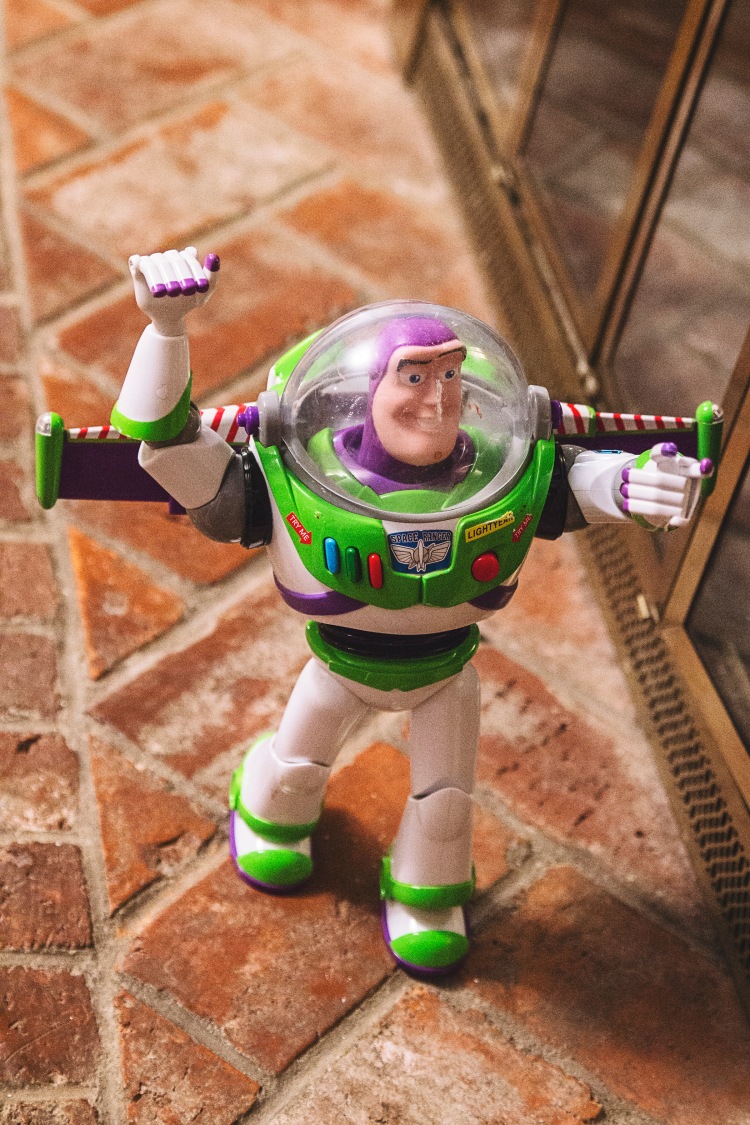 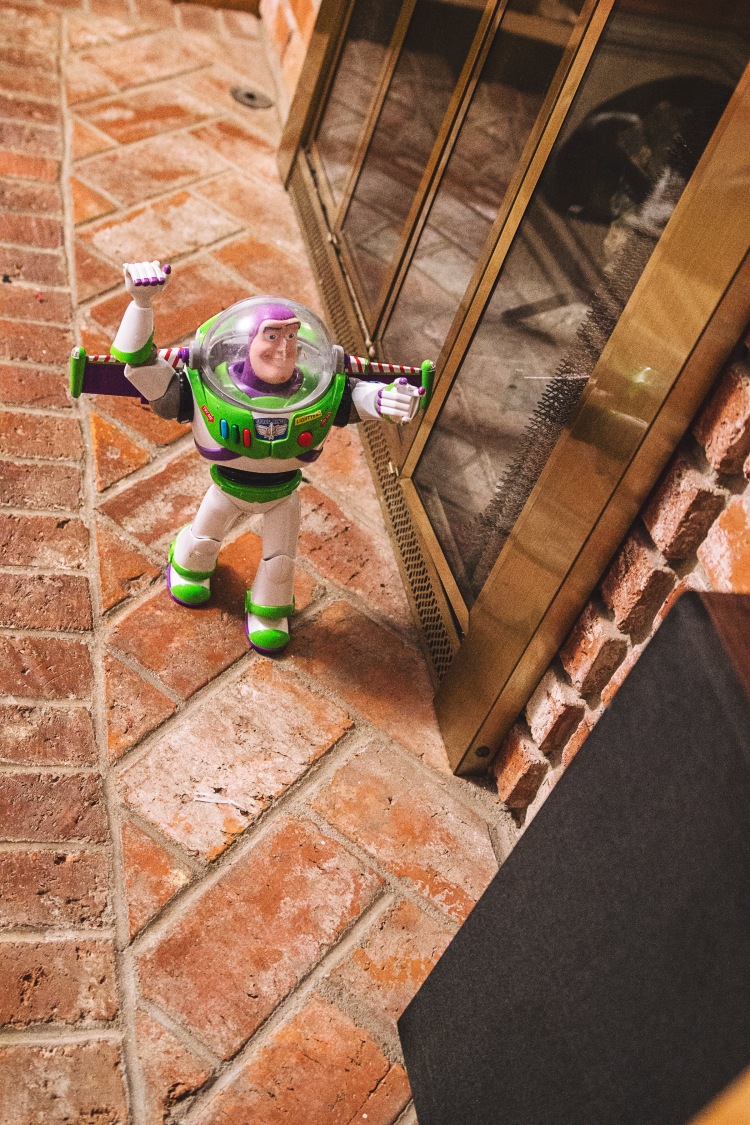 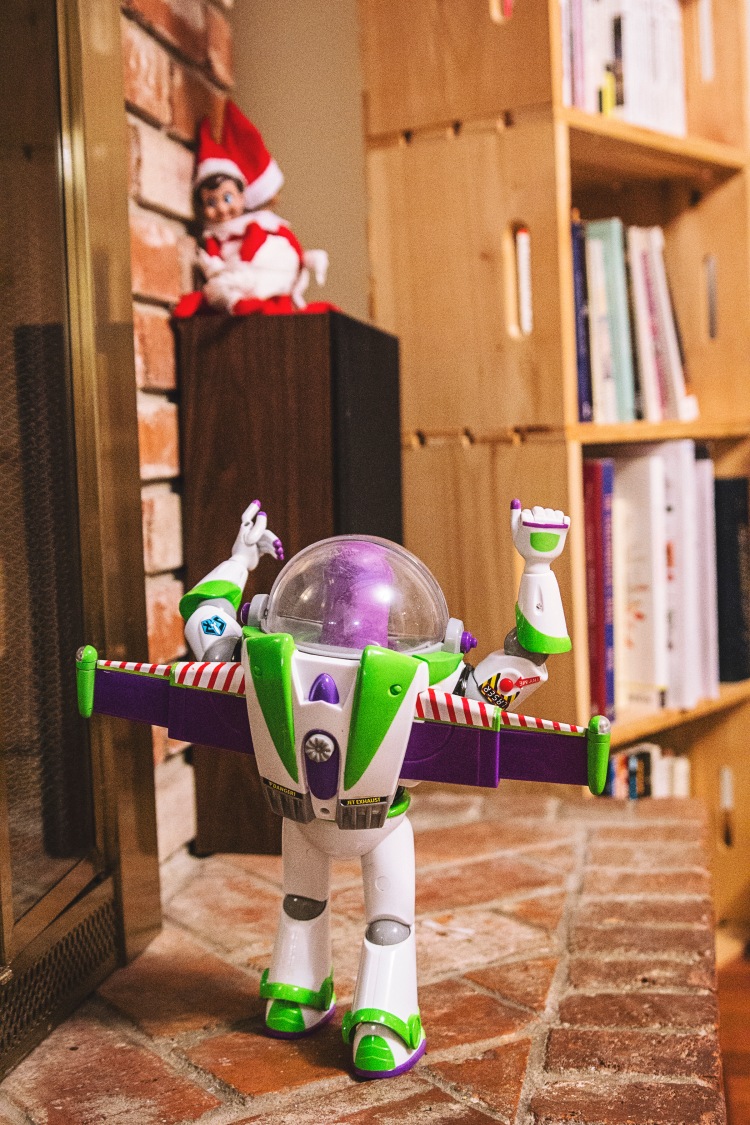 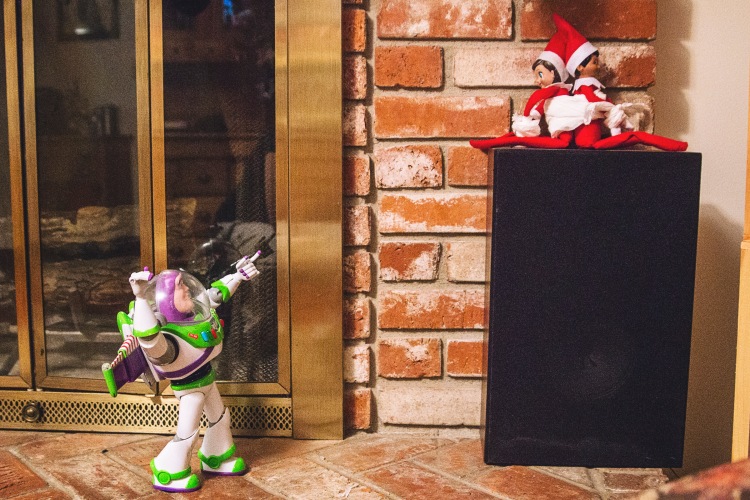 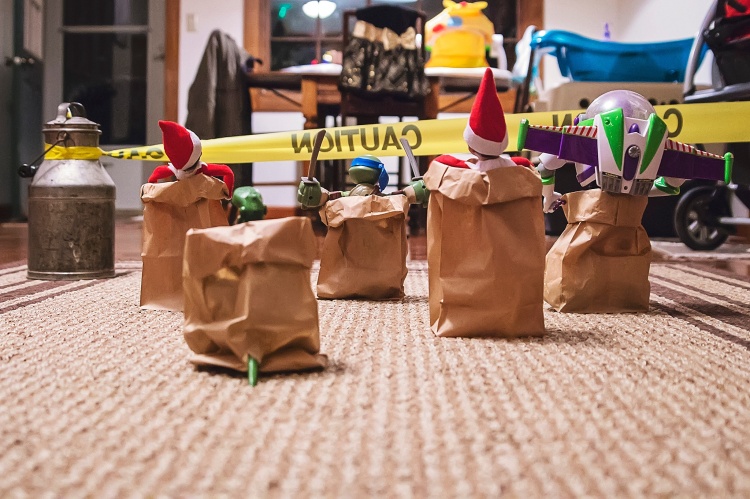 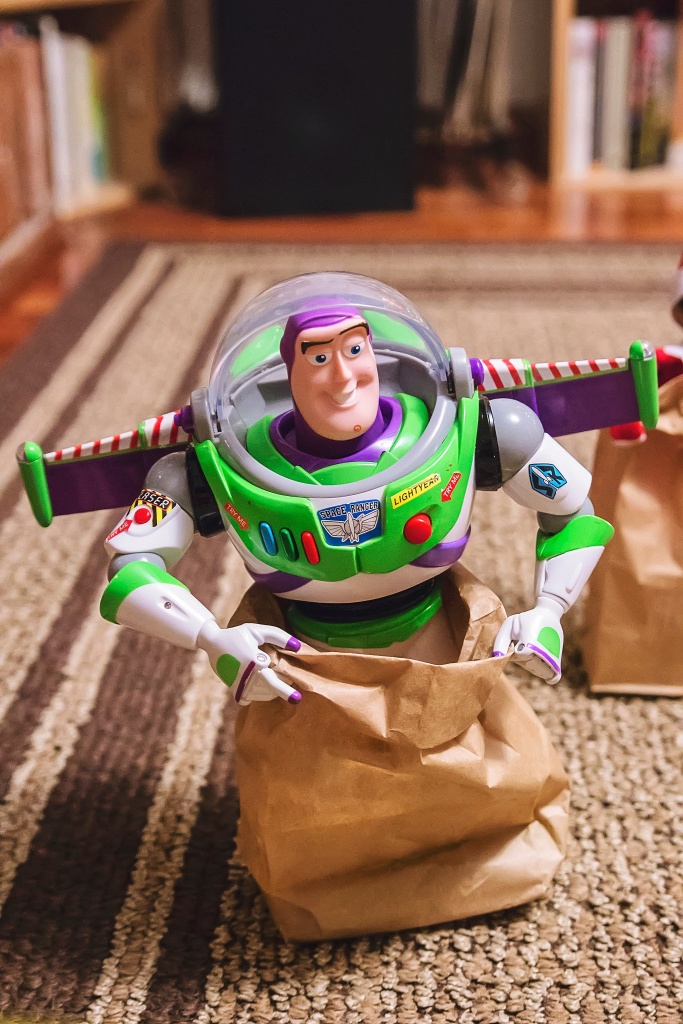 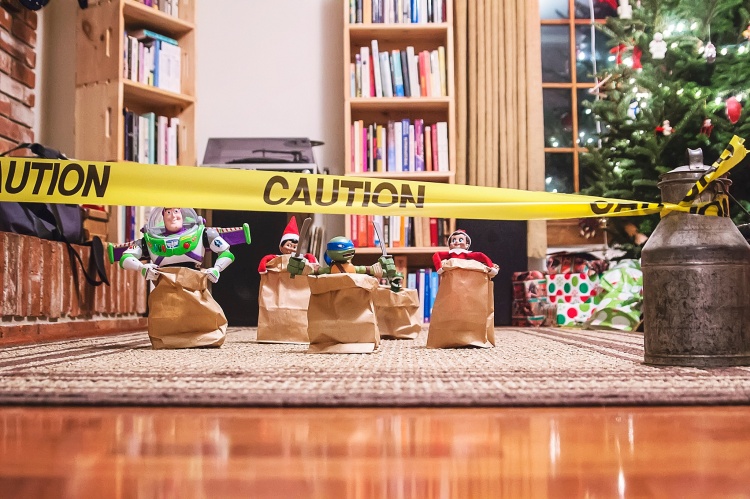 Well, I haven’t been very good about finding time to post this year, but that doesn’t mean our little elf hasn’t been busy. Here’s what Cosette has been up to the past few days.

First, she played a little hide-and-seek with Cadence and found a good spot to hide in the Christmas tree… 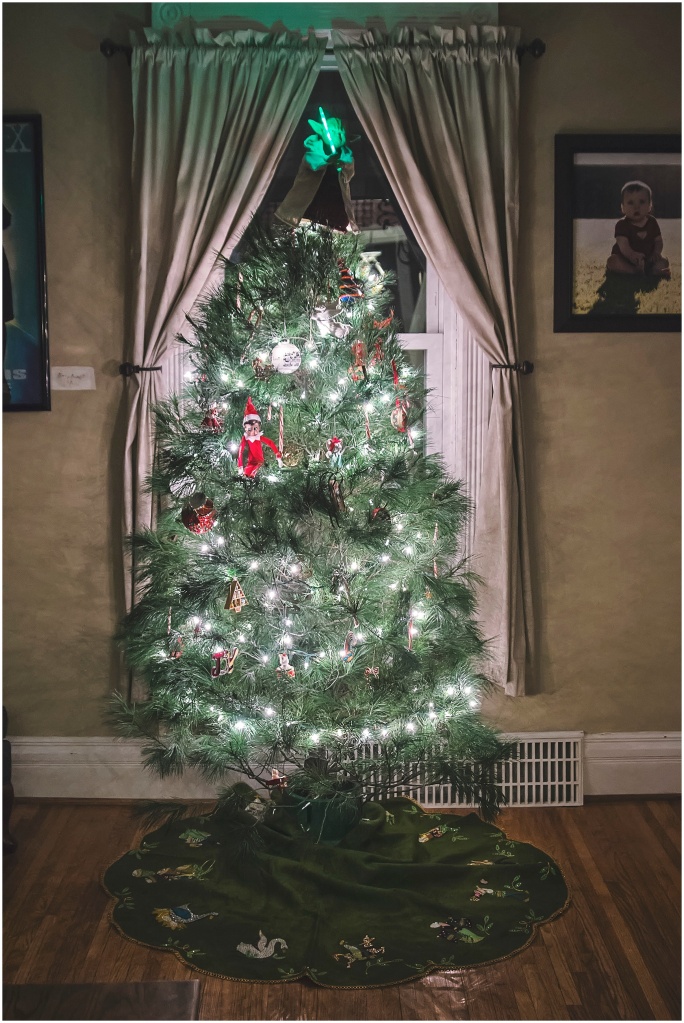 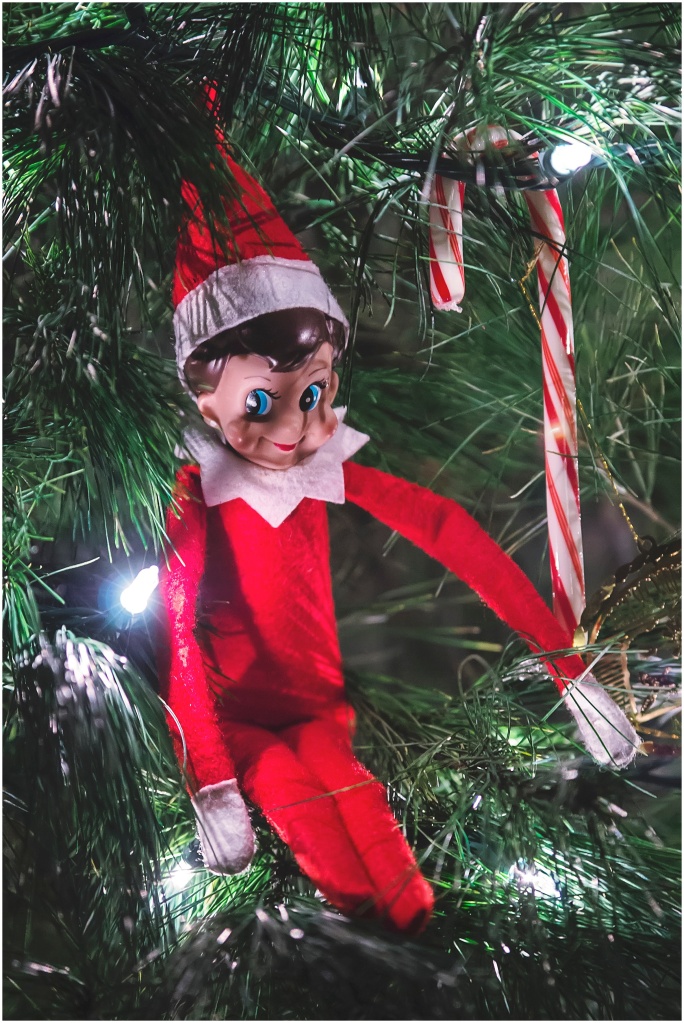 Cadence was tickled when she found her. Tricky little Cosette!

Then, we woke up and found Cosette and Buzz Lightyear in the middle of a rowdy game of Uno…

It was a good game, but Buzz won.

And this morning, we came downstairs for breakfast to discover that Cosette had rounded up all her friends for a little party and a sing-a-long. Who knew Buzz Lightyear was such a great piano player? Looks like they all a lot of fun! 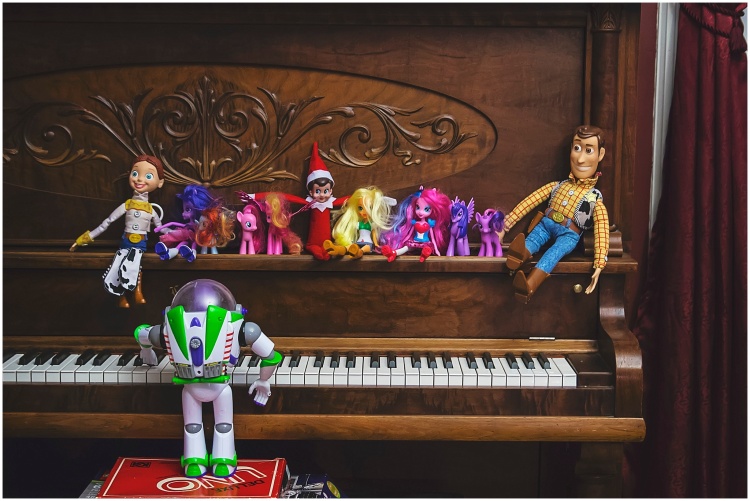 Okay, so they’re mini-marshmallows…but that could be pretty fun too, and less cold, and more delicious.

At least Cadence thought so. She was pretty impressed with the shenanigans she found Cosette, Woody, Jessie, and Buzz in the middle of when she came down for breakfast this morning, especially when she got to eat a few marshmallows for breakfast. 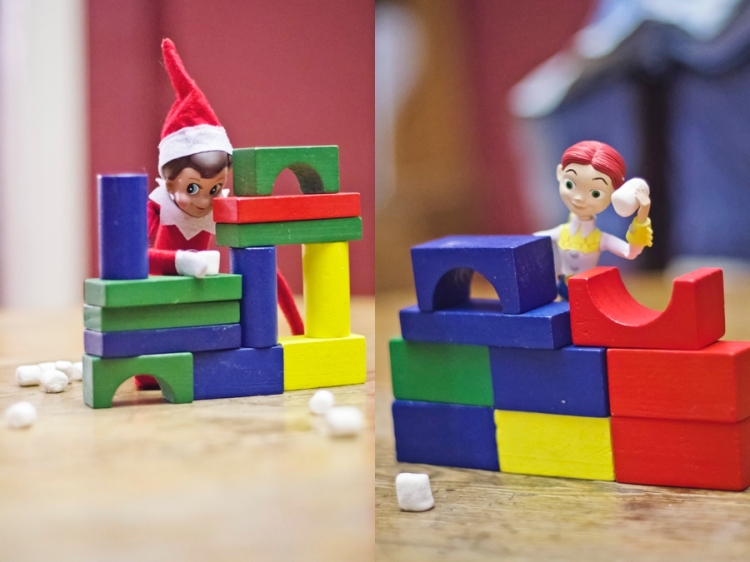 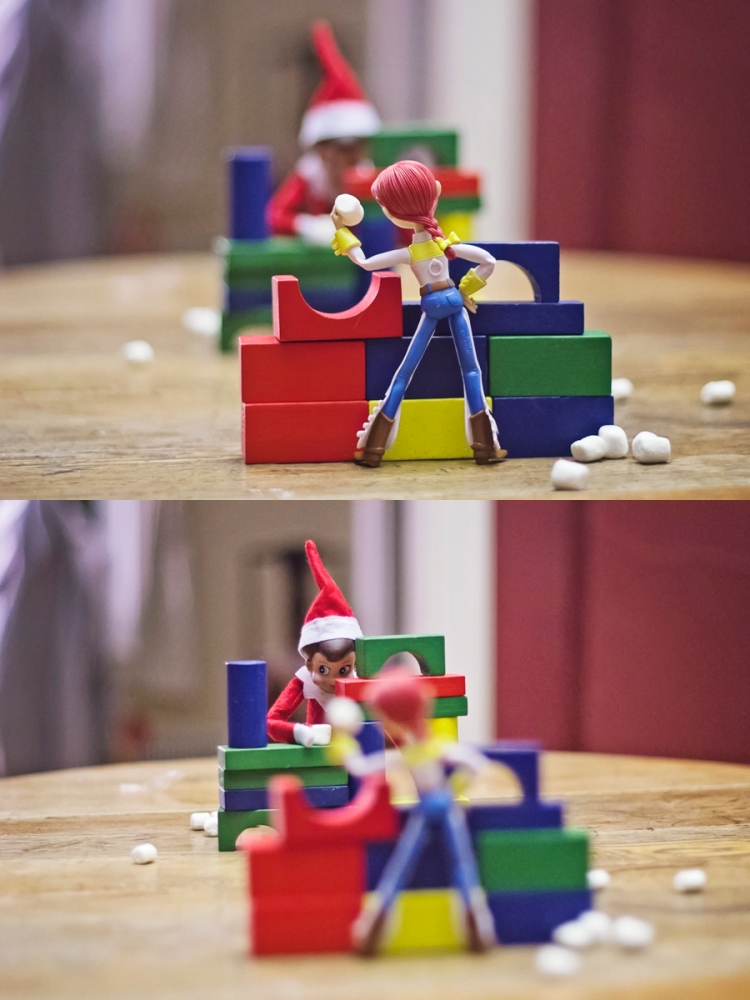