This, right here, is signature Nebraska weather. Today, it was over 50 degrees outside. Beautiful. Sunny. Slight wind. The snow and ice from last month’s winter storm finally disappearing and revealing a bit of greenish brown beneath. What a beautiful mid-January day! 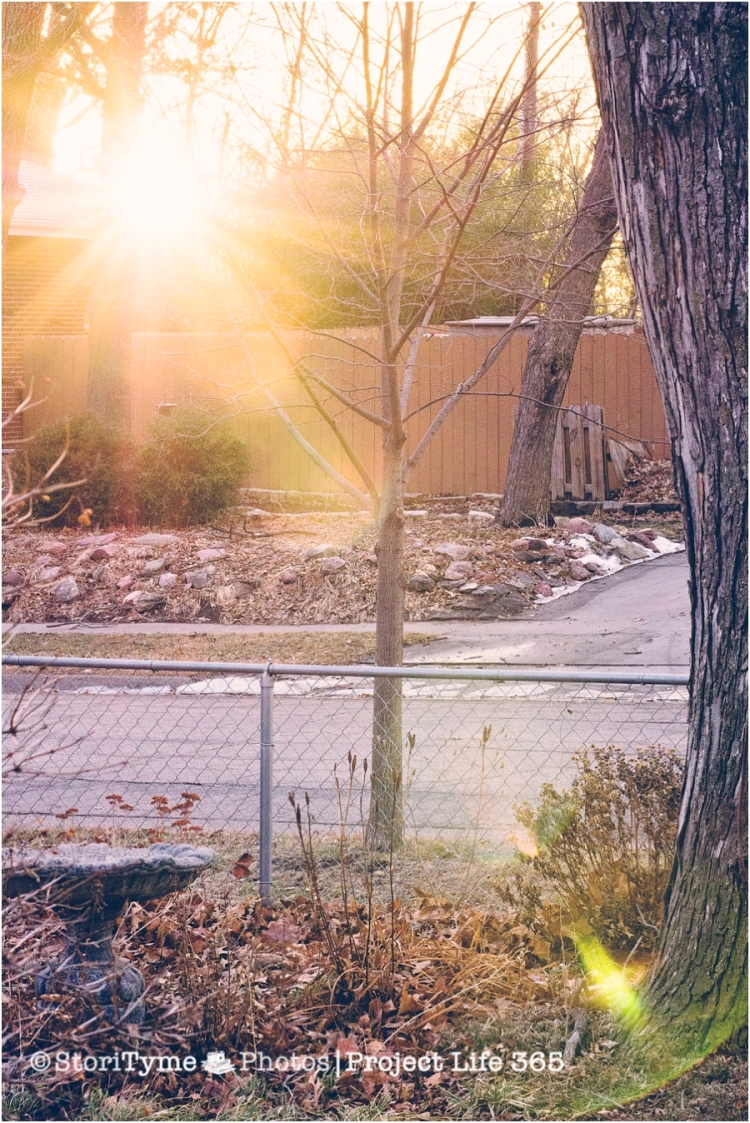 And the overnight forecast? Freezing temperatures , wind chills below zero, and a chance of snow.

I’ve learned to roll with it, and enjoy whatever beauty Mother Nature decides to bring to my doorstep.

With the exception of a very few coveted items (her favorite milk cup, her drawing pad, and her Daddy’s Ipad), Cadence has never really been one of those “Mine” kids.

Where’s some wood? I should probably knock. Odds are, I’ll say this now and she’ll wake up tomorrow hellbent on hoarding her possessions and making a liar out of me.

The backyard birdbath though? She ain’t sharing that with anyone…not even the birds. This poor little guy had enough time to land and get just one little sip before Cadence spotted him… 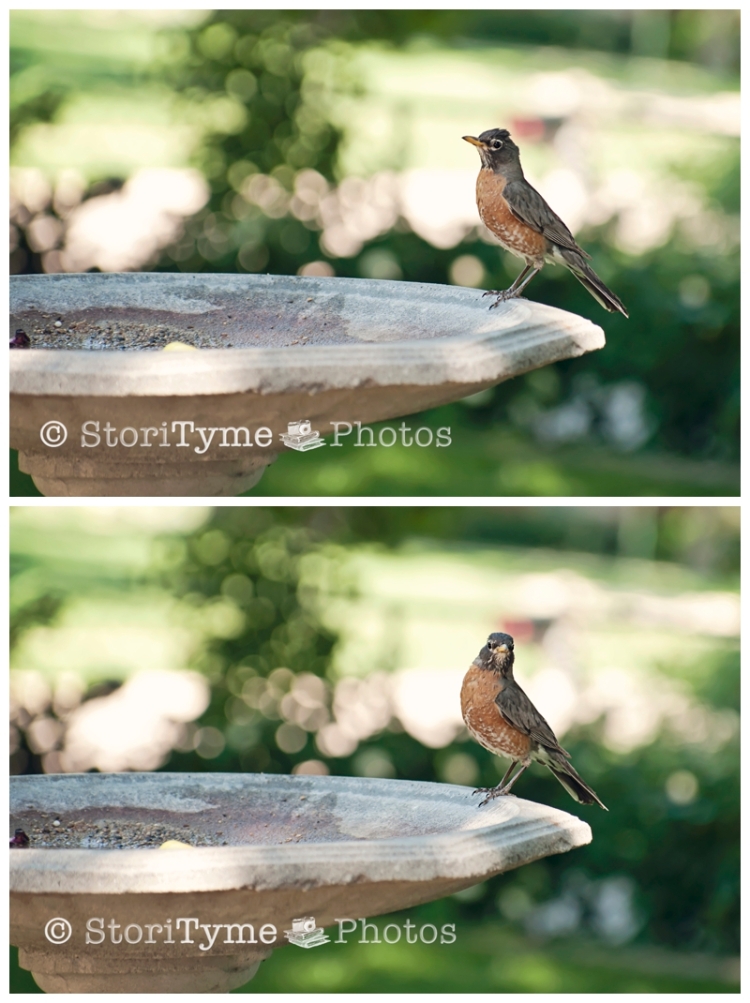 Then she ran across the yard, waving her little yellow shovel, yelling and barking like Lady from Lady and the Tramp. (Yeah, that’s another one of Cadence’s new “things”–barking like Lady and chasing birds. Crazy kid!).

And once Mr. Bird flew away and peace was restored to her little universe, Cadence was content to play.

I don’t even know what to say about this photo. I don’t want to overshadow it with words. I took it tonight at the end of my driveway. I was dragging the garbage can out to the curb when I saw the light, and I had to run inside and grab my camera before it was gone. 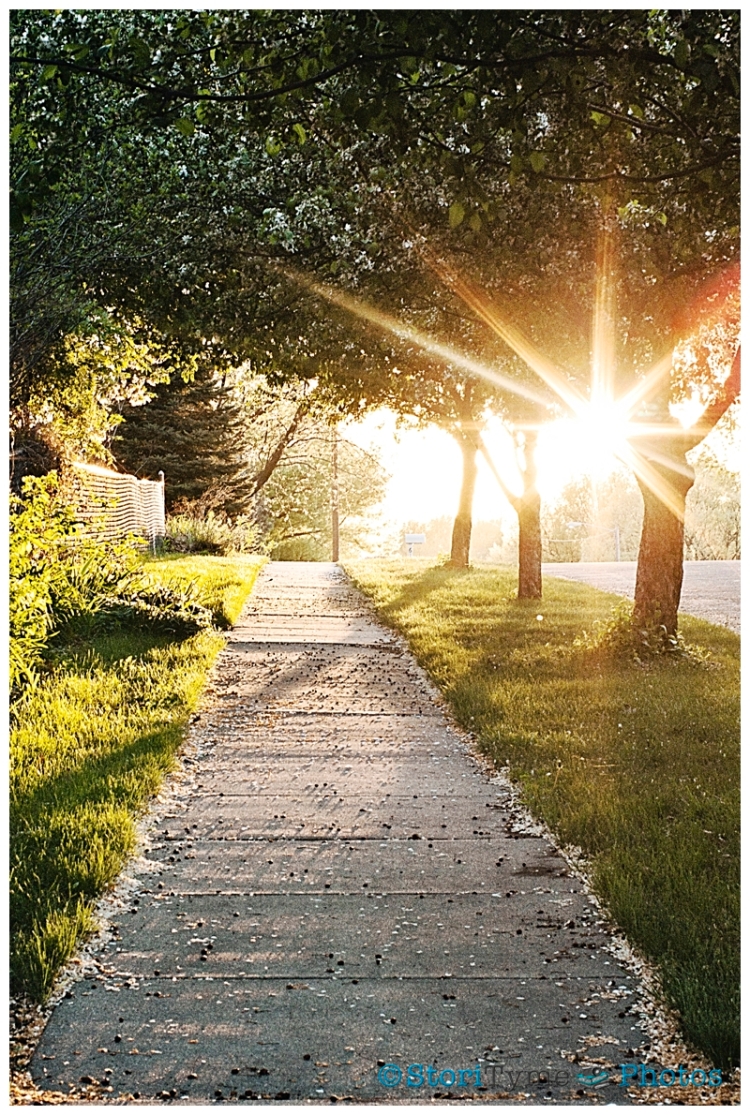 Something in my yard is out to get me. 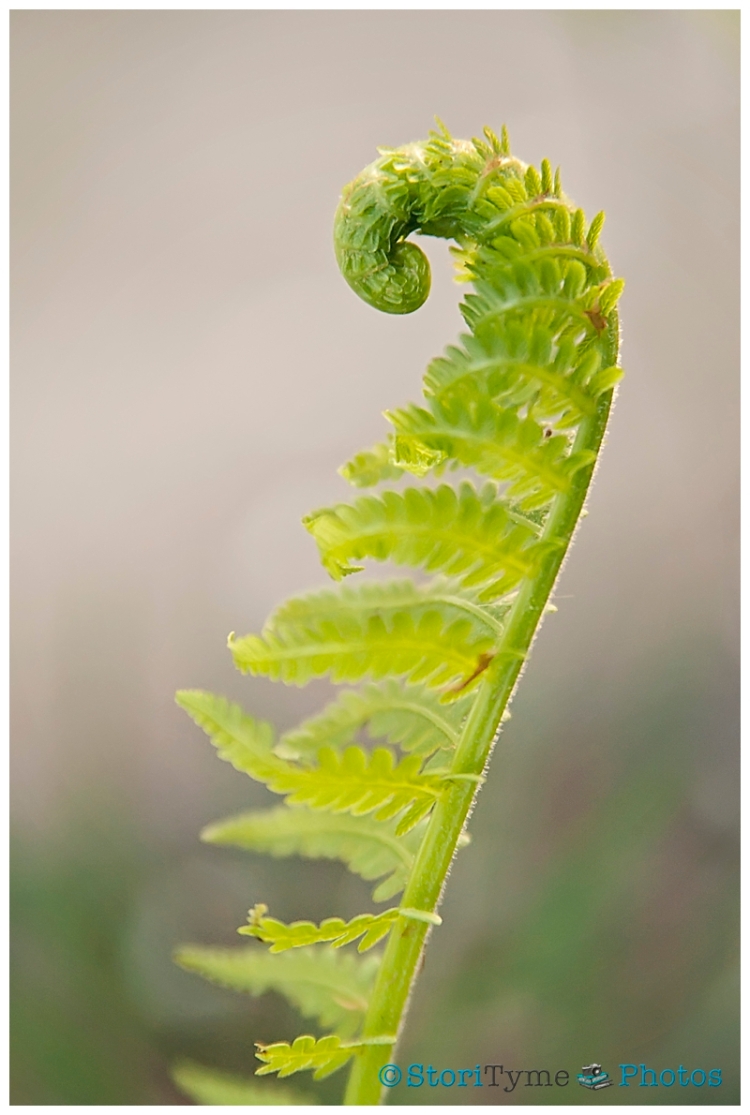 I sneezed over 78 times today. After that, I lost count. And leave it to my 2-year-old to laugh and make fun of me, running around the house and mimicking me while I’m in the midst of a violent sneezing fit. Little turd.

Apparently, I’m allergic to something. Bad part is, I don’t even know where to begin. It’s like a game of nature-themed Clue outside right now, trying to figure out who’s the culprit. In my yard alone there are over ten varieties of tulips, seven varieties of daffodils, eight varieties of roses, handrangeas, various ornamental grasses, a peach tree, a magnolia tree, a lilac bush, grape vines, ornamental pear blossoms, and several dozen other plants and assorted foliage that I can’t even begin to identify. Hell, the only reason I knew the items on the list above is because the former owners left behind a list of some of the things they planted.

And right now, everything is blooming. 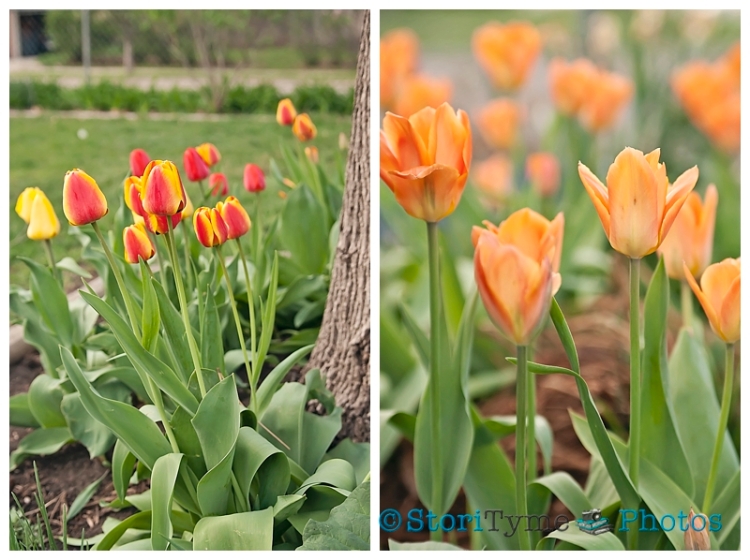 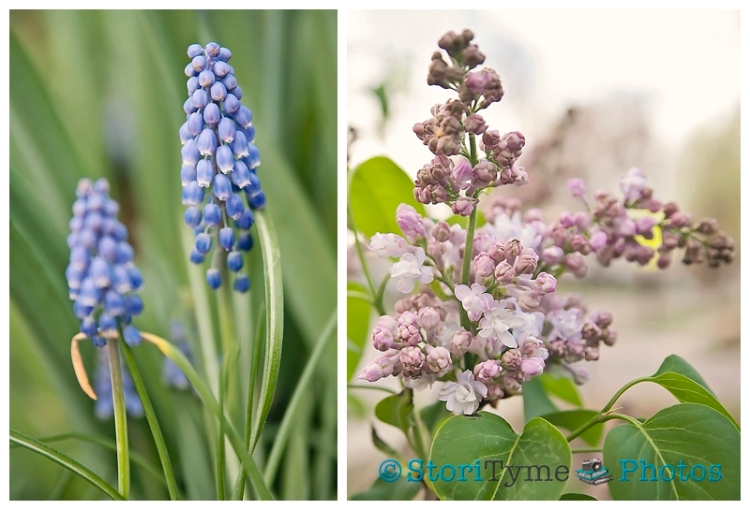 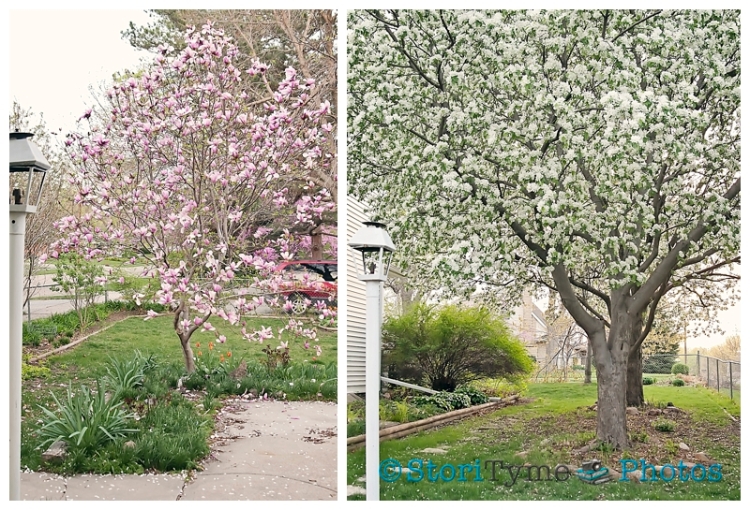 I didn’t always have allergies. Growing up, I never remember having any issues. Except for the occasional cold or flu, and one bout of mono that landed me in the hospital for three days the summer before my sophomore year of high school, I was a pretty healthy kid. I never even had the chicken pox!

It wasn’t until my college years that I began to suffer seasonal allergies. Just about the time that the prettiest flowers started blossoming, my sinuses would revolt and close up tighter than a Venus Flytrap. Boy, I tell ya, there’s nothing sexier than a girl whose face is perpetually damp from the steady flow of liquid draining from both eyes and nostrils. Add a layer of redness around the nose, bloodshot eyes, and enough phlegm to fill a small bathtub and I start looking like one of the animated corpses from The Walking Dead.

I thought it must be something on the East coast–some sort of tree or flower that I just wasn’t used to, sending my sinuses into overdrive–but even now, after moving to Arizona and settling back in Nebraska, the allergies return like clockwork every spring.

Damn you beautiful foliage! I love you, but my clogged head hates you. Can’t we strike a truce?

Until then, I’ll pop a Zyrtec (no more make-me-jittery-and-keep-me-all-night-clenching-my-teeth-ClaritinD for me thanks), and pray that I can make it through another spring without sneezing so hard I pop a blood vessel.

“In the spring, at the end of the day, you should smell like dirt.” -Margaret Atwood

I’ve always been an “outdoor girl”. Staying cooped up inside for very long tends to make me a little crazy. I need sunshine and fresh air. I need to feel the wind on my face. And to be quite honest, I need a little dirt on my hands. It makes me feel alive and grounded and connected to something bigger than myself.

When Steven and I moved into our new house in December, one of the things we were most excited about was the big chunk of property it was sitting on. We pictured ourselves barbecuing on the patio, hanging out on the front porch swing, and chasing Cadence and Electra around the yard. And now that the weather is finally warming up, we’re really getting a chance to enjoy it. It felt so good today to hang outside with my two favorite girls, working in the yard, soaking up the sun, enjoying the beautiful day.

Of course you know I brought the camera.

Every day, we see something new blooming… 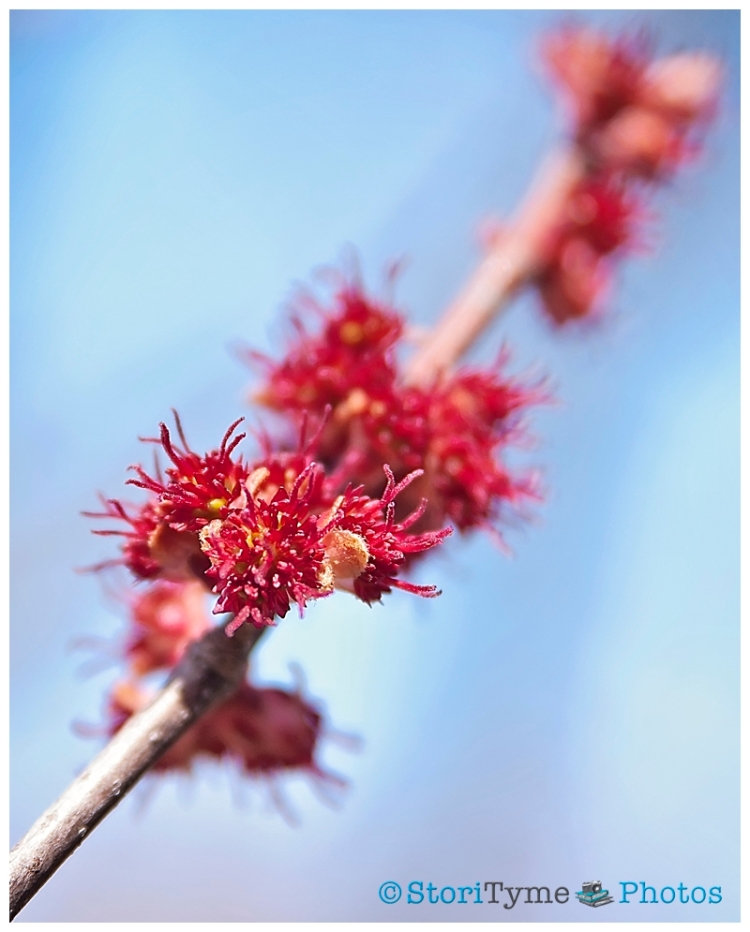 And I couldn’t help but to snap a few (um…a lot) of photos of Electra lounging on the front porch. There’s just something about a hound on a porch… 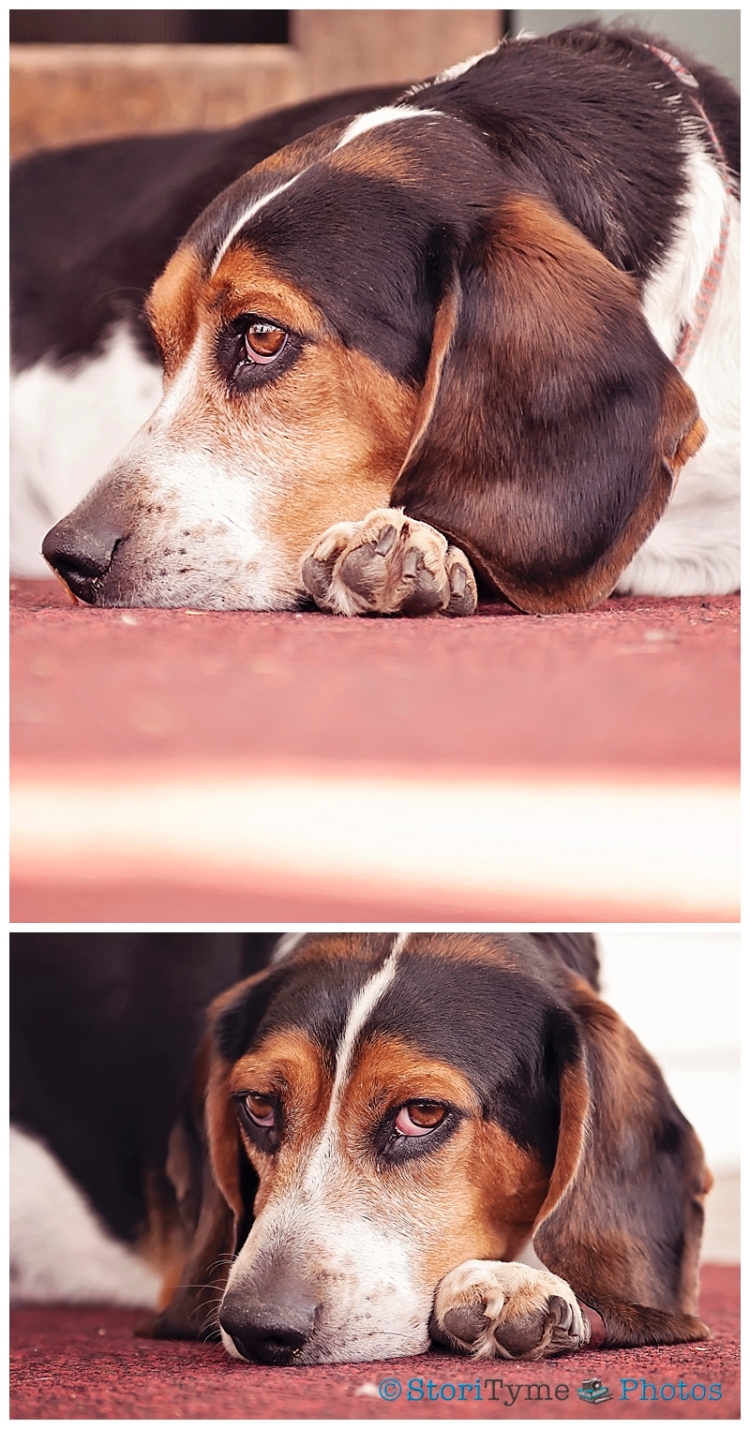 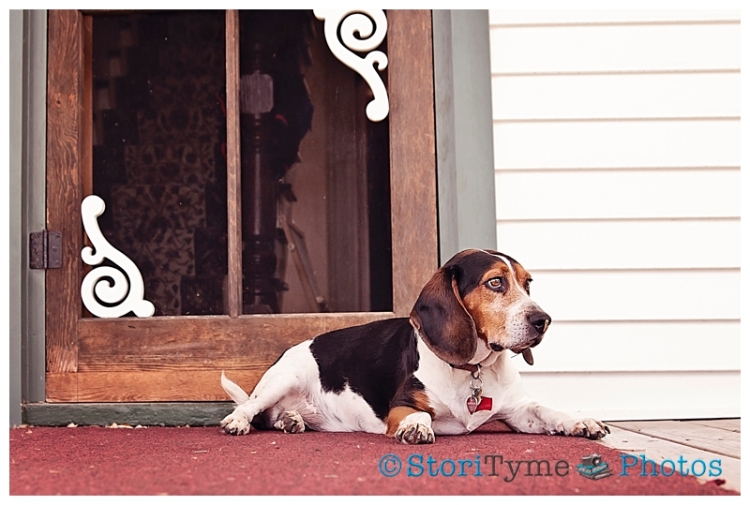 And Miss Cadence was very excited to wear the new pair of shades her Grandma Jayne bought for her. I might be biased, but I think she looks like a rock star. 🙂 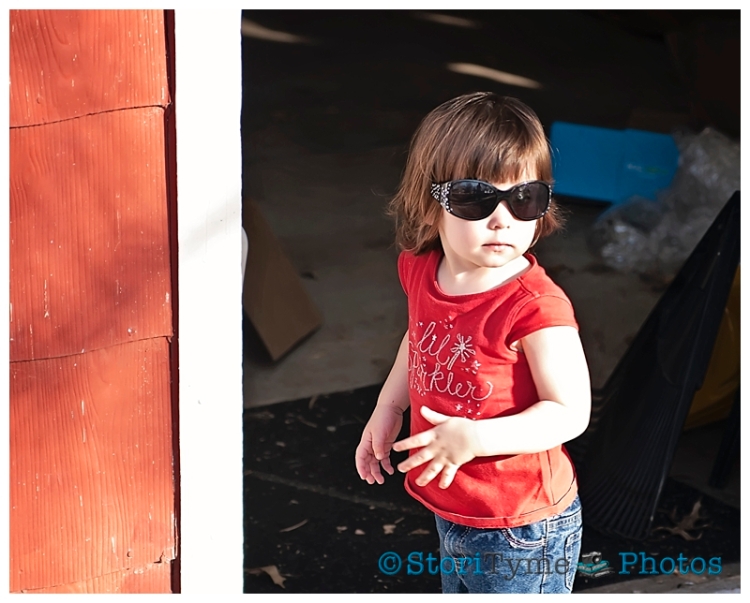 And I love that I was able to catch her faker faker bellyacher drama queen pout on film today. Makes me laugh every time.

So tell me, what are you enjoying this spring?

Even if the winter has been exceptionally mild, dropping just one heavy snowfall and a couple of week of consecutively frigid temperatures, the coming of spring always seems to make you feel a little better. The days get a little longer. The sun shines a little brighter. And the world around you seems to come a little more into focus when bright new life begins to push its way through the dead brown blanket of winter.

We caught our first glimpse last week, when temperatures climbed to 70 on Tuesday. And even if old Mother Nature decides to throw us a curveball in the shape of a freak late season snowstorm, I think it’s safe to say that spring has officially sprung.

I don’t know about you, but I am sure ready. And with a big yard full of mystery plants and flowers (because, let’s face it, to a black thumb gardener like me, they are all a mystery), I’m excited to see what our new home will look like once everything begins to bloom. Here are the first of the season. And believe me, there are many more to come… 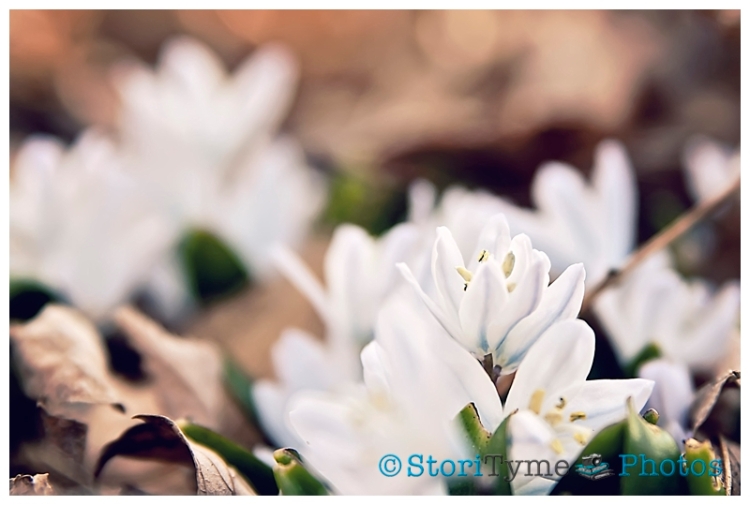