Since Cadence headed over to her friend Charlie’s house for a sleepover and Henry went down early last night, Leo and Cosette decided to head to the North Pole with the kiddos’ Christmas lists and stay over for a night with Santa. Of course, the first thing Cadence did when she got home this morning was burst through the door to find the elves, but what she found was a note instead, tucked into the branches of her little Christmas tree… 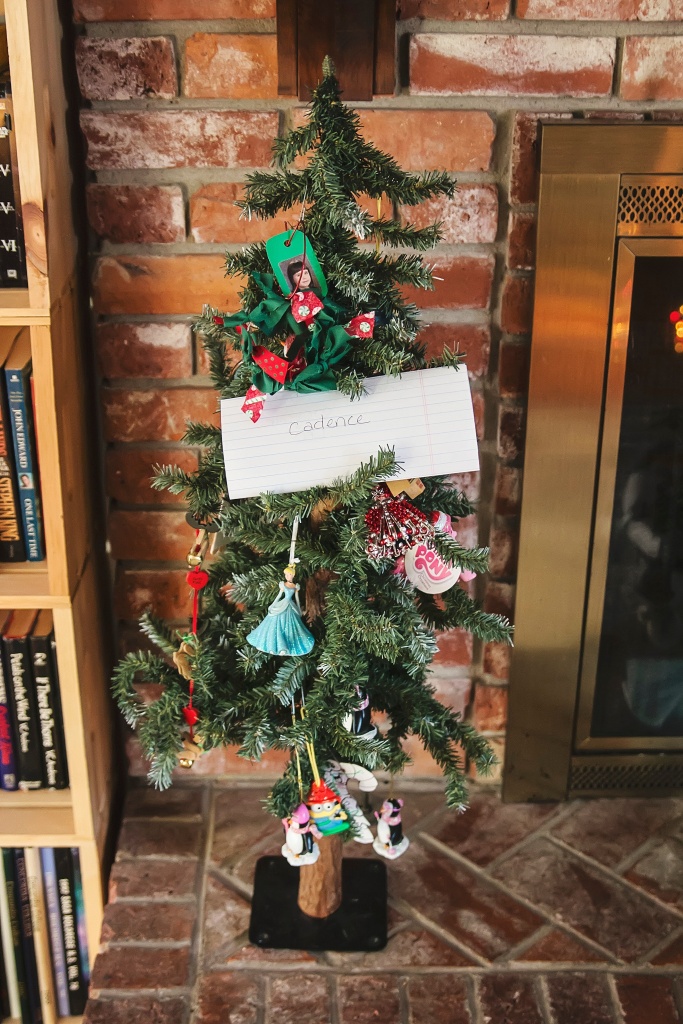 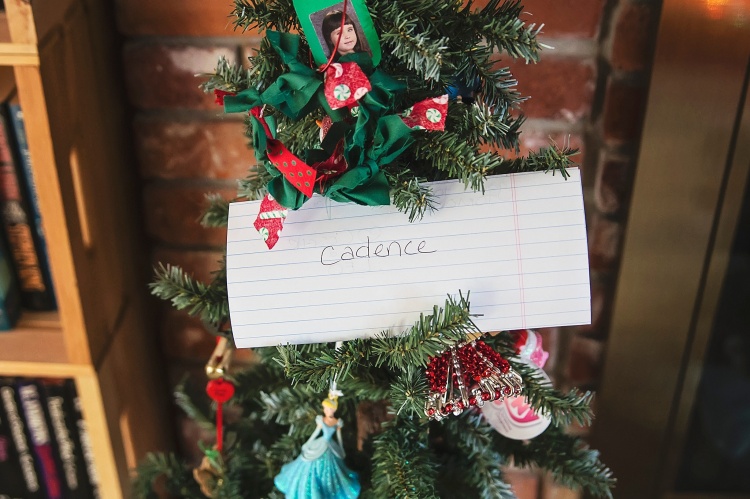 Have a fun sleepover at Charlie’s! Leo and I are going to spend the night at the North Pole with Santa and deliver the Christmas lists for you and Henry. Be good, and we’ll see you tomorrow!

When Cadence woke this morning and found the elves, she came running back upstairs to get me.

“Mom, I found Cosette and Leo,” she said. “Come on, Mom. You gotta see what they’re doing.”

She took my hand and led me downstairs to the kitchen, where our silly elves had commandeered Henry’s bathtub and made their own little spa.

“I guess they really needed a bath after their trip back from the North Pole huh?” I said.

Cadence nodded. “Oh yeah,” she said. “Elves like to hang out with reindeer, and reindeer get really stinky.”

Can’t argue with that. 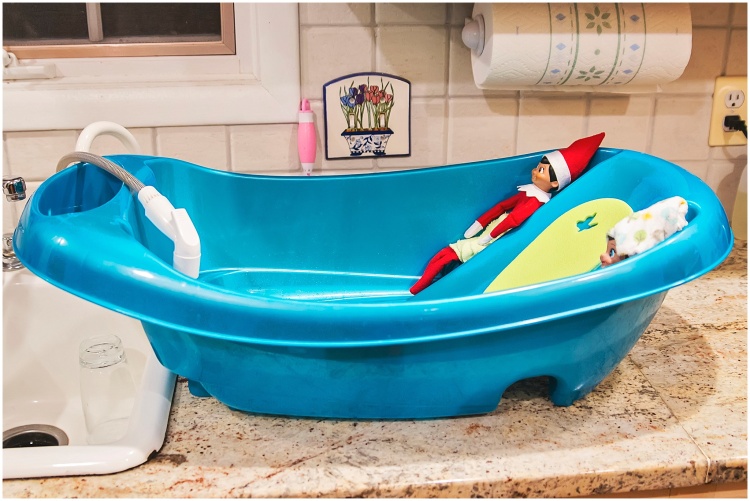 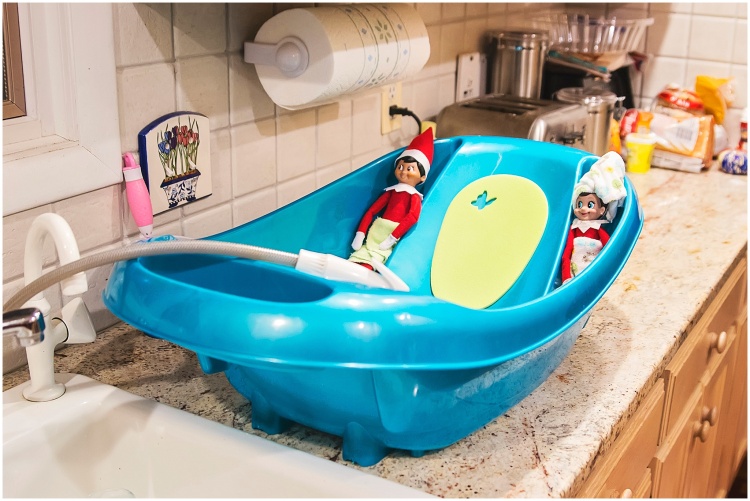 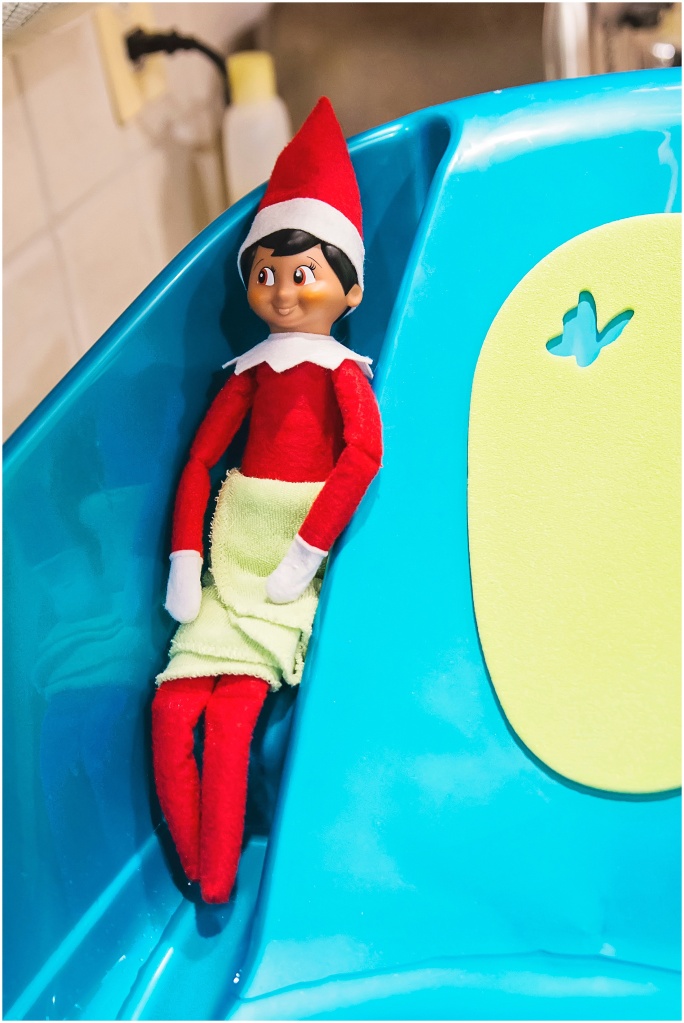 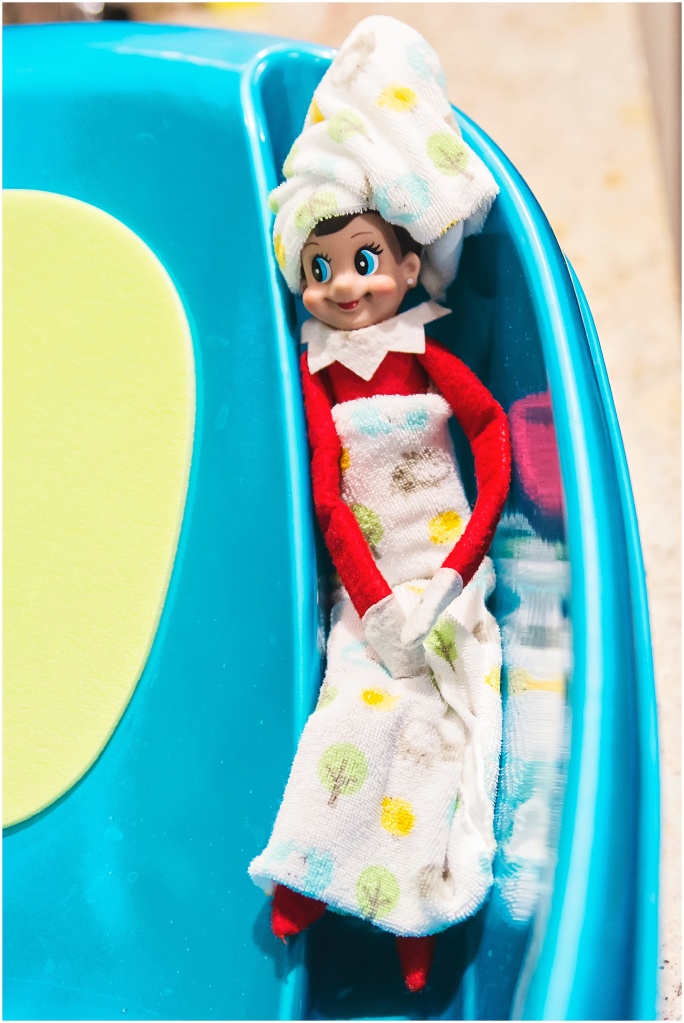 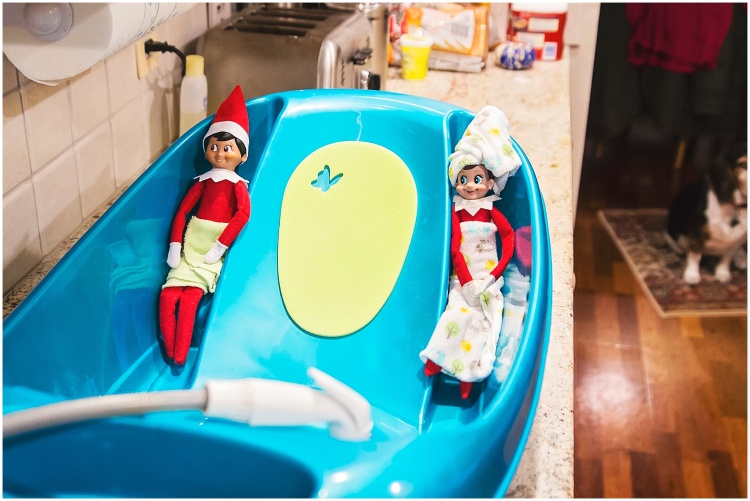 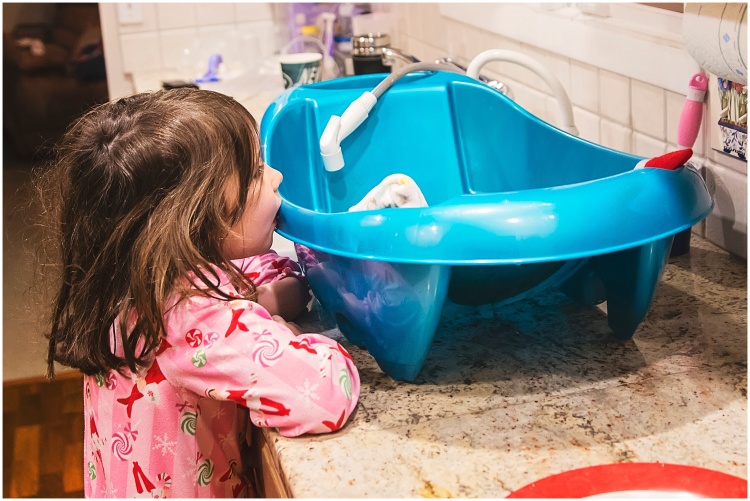 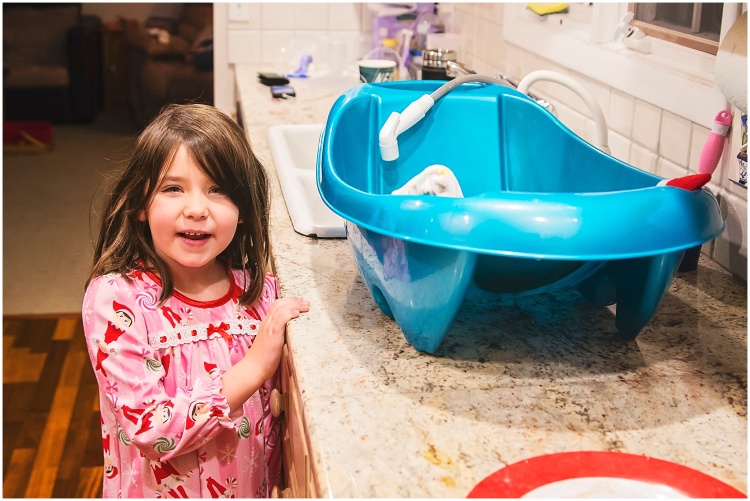 Seems someone is still a little jetlagged. This morning, Cadence found Cosette snuggled in beneath a blanket in the living room, taking a little snooze. 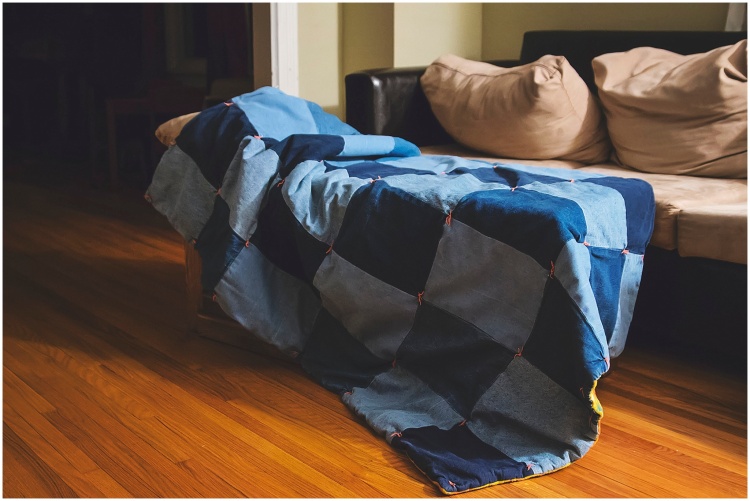 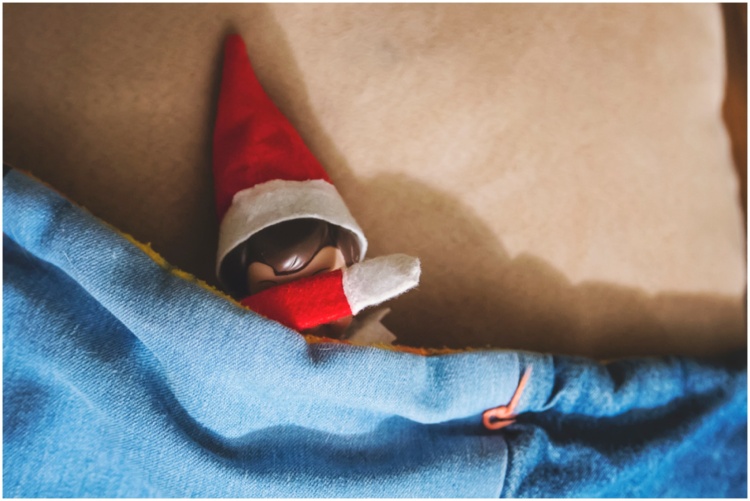 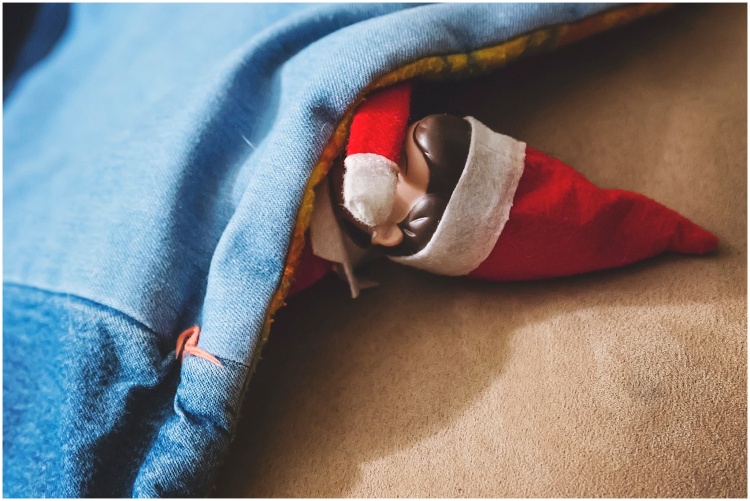 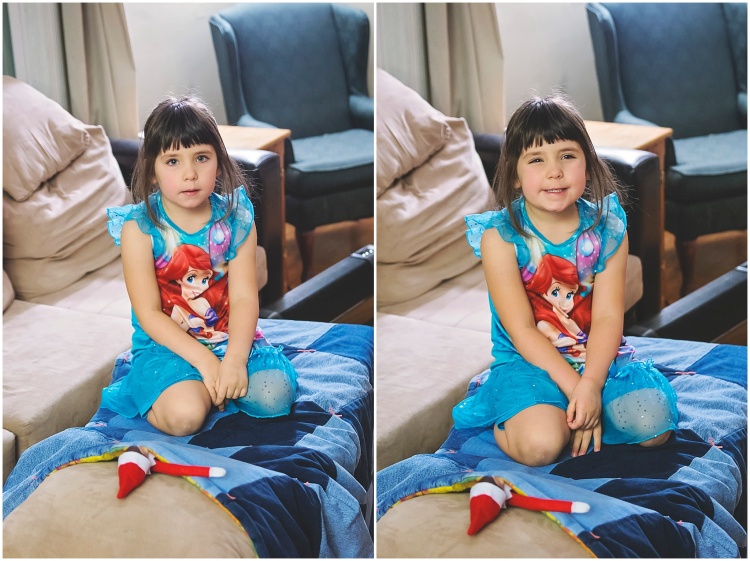 If you haven’t heard about the Nebraska Cornhusker football team firing head coach Bo Pelini, I’d wager to bet you’re either living a quiet life off the grid surrounded by miles of undisturbed nature or you somehow spent the past three days lying unconscious in a bathtub filled with ice.

But seriously, let’s face it…there’s not a whole lot of news that comes out of Nebraska. With the exception of a lovely little story about a woman trying to run over a couple who unknowingly stole her parking spot in the local Wal-Mart lot that made national news last month, you’ll find very few mentions of this quaint little section of the country making headlines.

Then we fired our football coach, and all hell breaks loose.

I’ll freely admit it. I’m a big fan of Bo Pelini. I’ve liked him from the very first game of the very first season. I like his passion. I like his focus. I like the fact that he doesn’t mince words or put on a fake smile or allow the frenzied media to back him into a corner. I like the fact that in addition to being one helluva football coach, he also cares very deeply that those boys who march onto the football field on Saturday also excel in their academics, give back to the community, and learn how to be humble and gracious beneath the weight of the one of the most loyal and passionate fan bases on the planet.

I like to see my favorite team winning championships as much as the next guy. But I don’t believe in compromising morals or values or the futures of those young men on the field just to claim a shiny trophy at the end of the season. I’d much rather support a coach like Pelini–a coach who believes in building a solid foundation off the field first. So yes, I’m sad to see him go, because of the wonderful things he’s done here, and for the things I believe he was going to do if he’d been granted the same tenure as our beloved Tom Osborne. I have no doubt that he will go onto greatness somewhere. And I know there are a lot of folks around here who are wishing him well, and who will never forget him.

So things are a little crazy here in Nebraska right now, as we’re caught in this strange spot at the end of the season, waiting to play in an undetermined bowl game, and waiting to see who will be chosen to step into some very big and empty shoes.

Seems the news made it all the way to the North Pole, because we found Cosette this morning giving our disheartened mascot, ol’ Herbie Husker, a little pep talk. 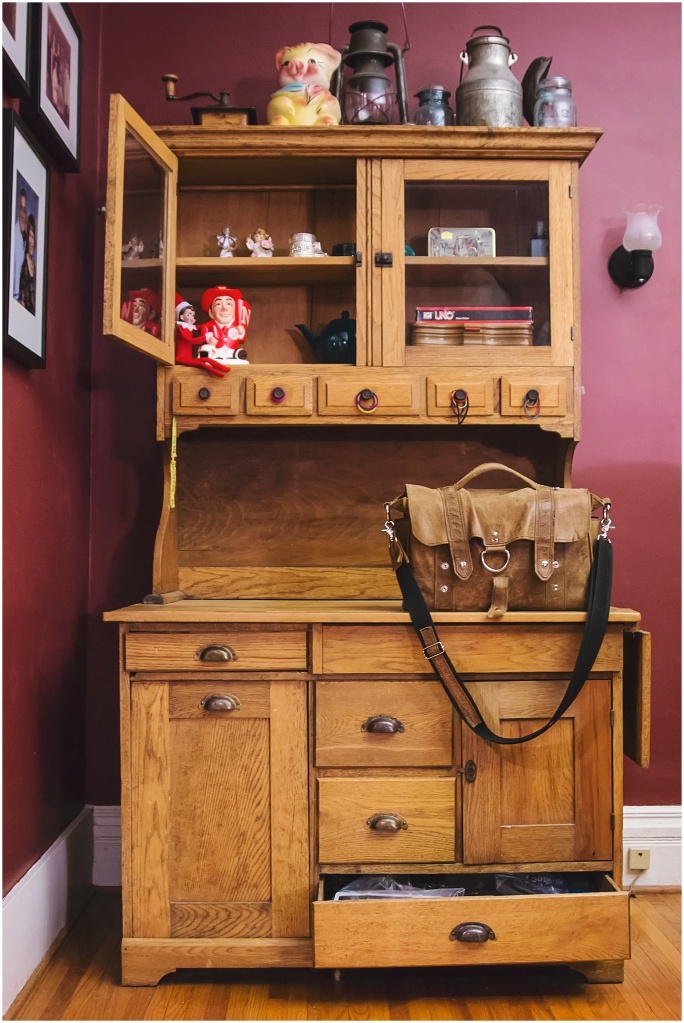 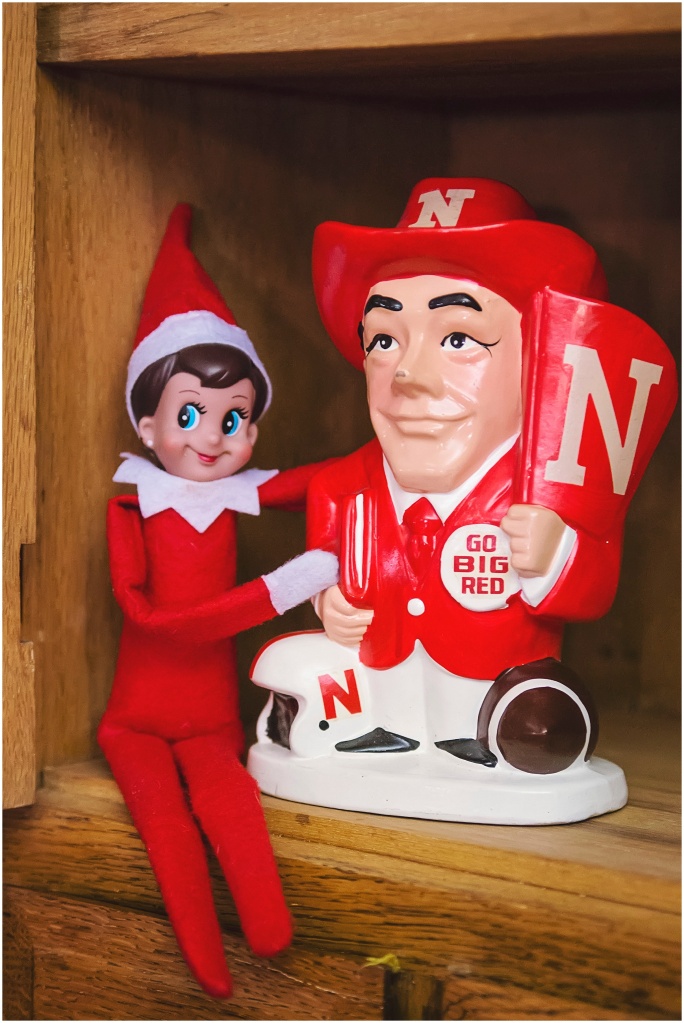 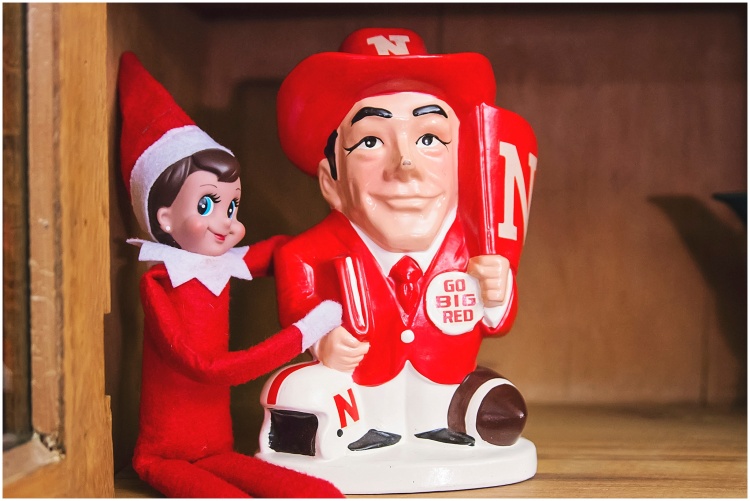 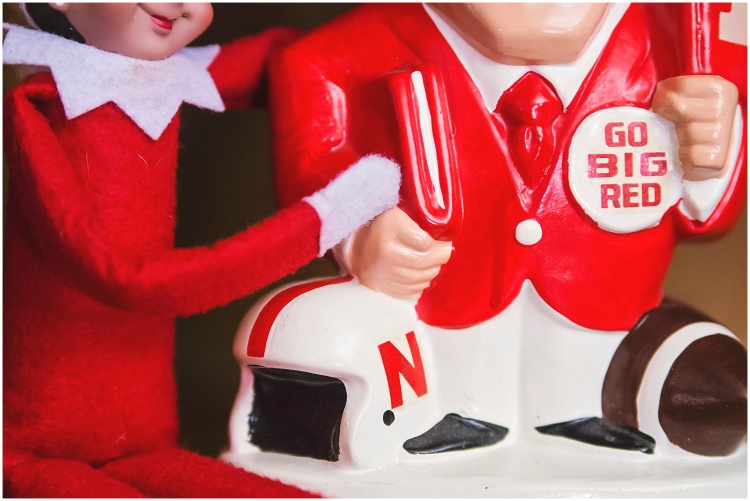 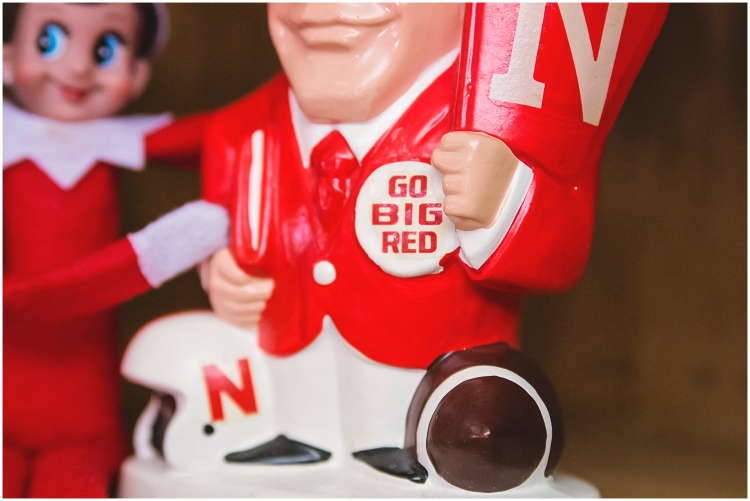 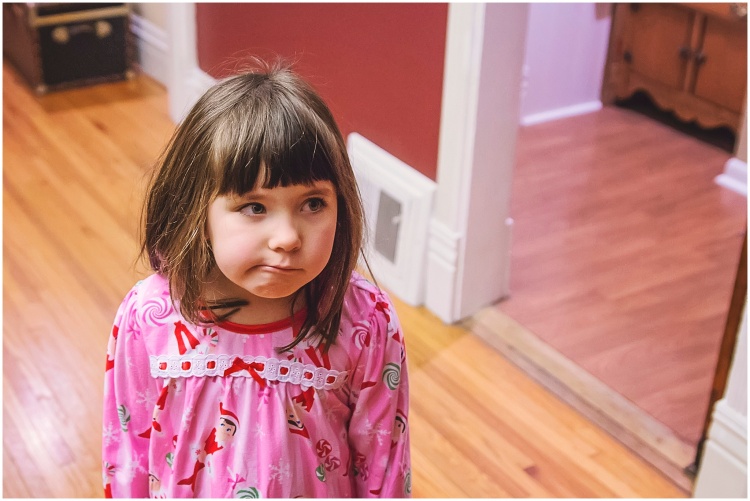 Go Big Red! And godspeed, Mr. Pelini. You’re a great coach, and one helluva human being. You’ve officially made it onto my “People I Want to Have a Beer With” list. Thank you for all that you’ve done. I’m happy that you will always be part of our Husker history.

The best thing in life–better than money, better than chocolate, better than just about anything you can imagine–is spending time with the people you care about.  Friends, family, spouses, kids. People who “get” you. People who make you laugh. People who put up with (and call you on) your bullshit. People who think about you, and miss you when you’re not around. People who love you, no matter what.

Those are the people and the moments you live for. Those are the ones you do your best to hold onto–in your memory or in a photograph, something you can pull out of a box 10 years from now and it still makes you laugh.

In the end, those are the only people and the only moments that really matter.

And the bad ones? The frustrating ones? The ones that threaten to drive you to the very brink of insanity? Those are stones in the road, lessons to be learned. It’s okay to face them, to study them, and to put a little effort into moving them out of the way. But that’s where it ends. Don’t carry them with you. Don’t let them weigh you down. Respect them for what they are–a necessary step in your soul’s evolution–and then kiss them goodbye and let them go.

As the time draws near for Cosette to say her goodbyes for yet another year (less than 5 days to Christmas people!), it’s apparent that our little elf is not quite ready to say goodbye to the friends she made. So, last night, while Cadence slept, she gathered the gang together for a picture–something she can look at , maybe hang on the wall of her little elf house when she returns home to the North Pole, something that will bring a smile to her face when she remembers all the fun she had this year with the Romanos. 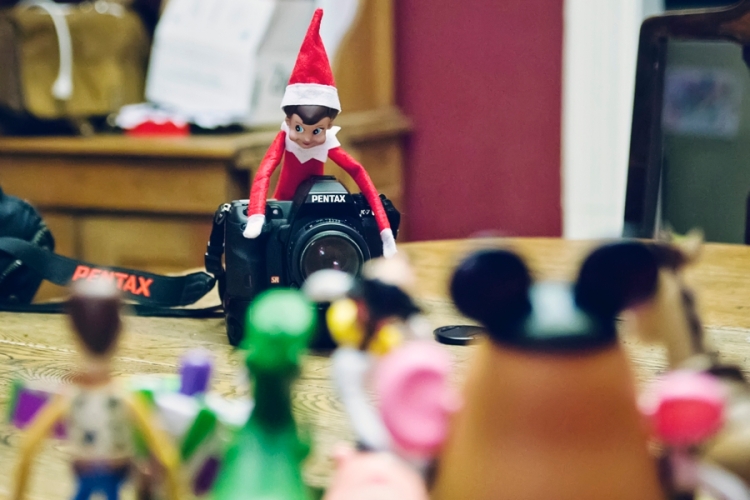 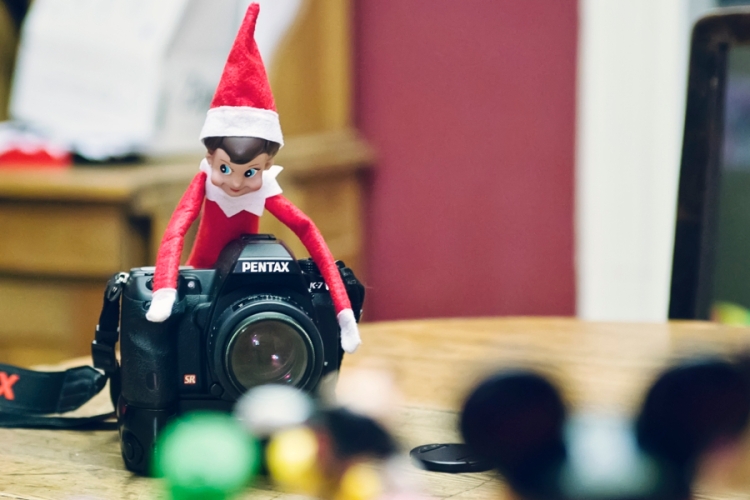 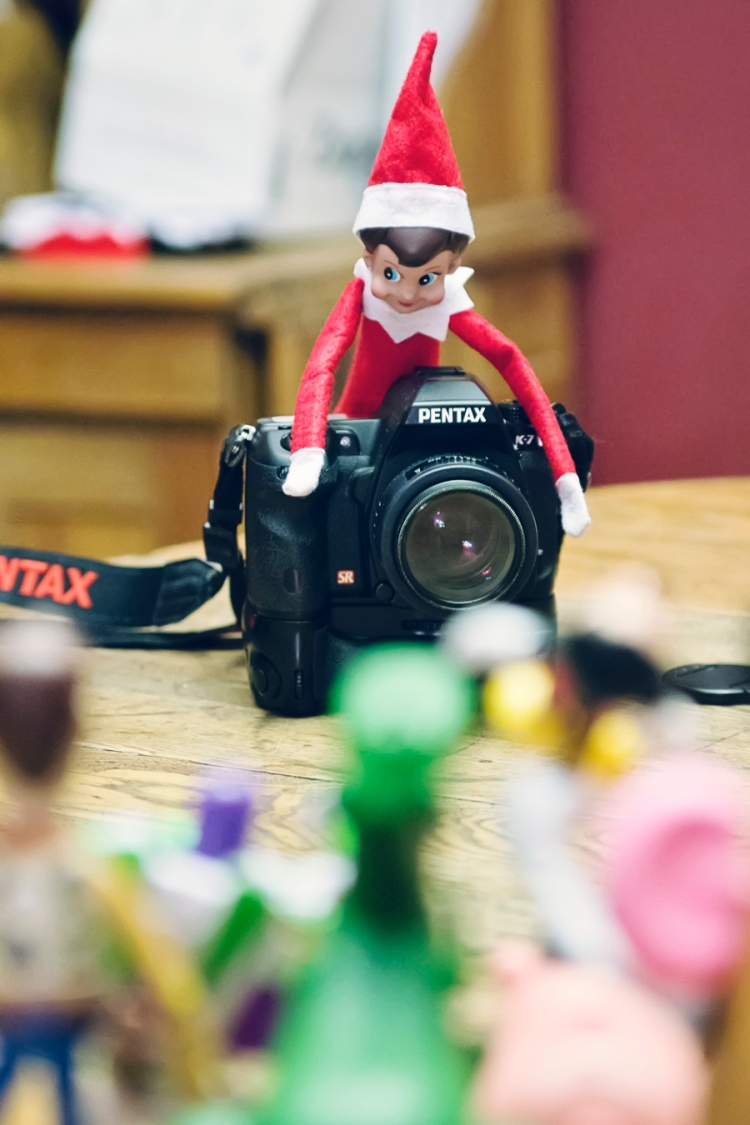 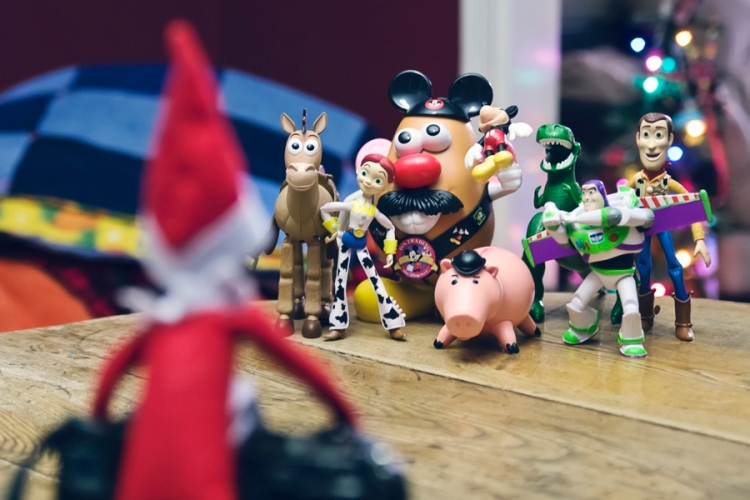 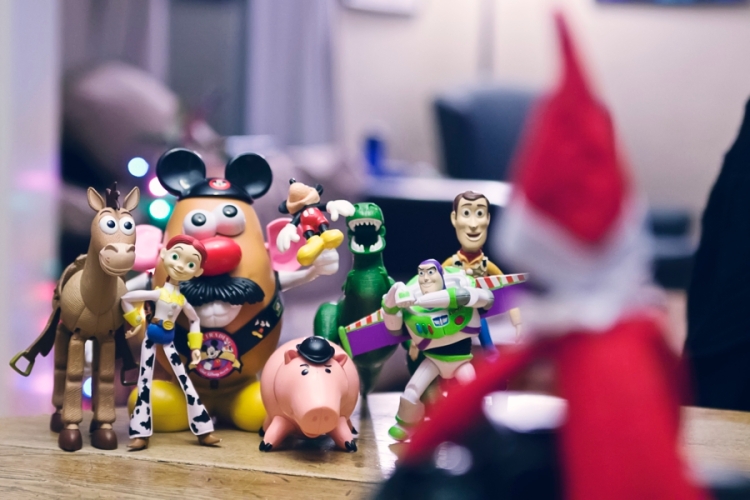 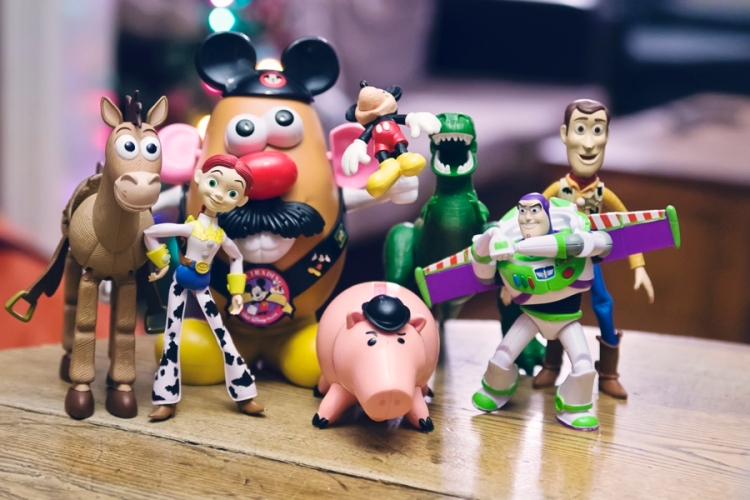 Cosette must have noticed that we’ve been a little behind the ball with Christmas this year. I mean, we just got the tree up, we don’t have any lights on the house yet (save for the giant light up giraffe we have sitting on our front porch), we haven’t attempted to take a photo or make any Christmas cards yet, and the last of the gifts we bought online haven’t even arrived to be wrapped yet. I guess she figured we could use a reminder to make sure Cadence got her letter written to Santa.

Thanks, Cosette. We’re sure glad you’re looking out for us! 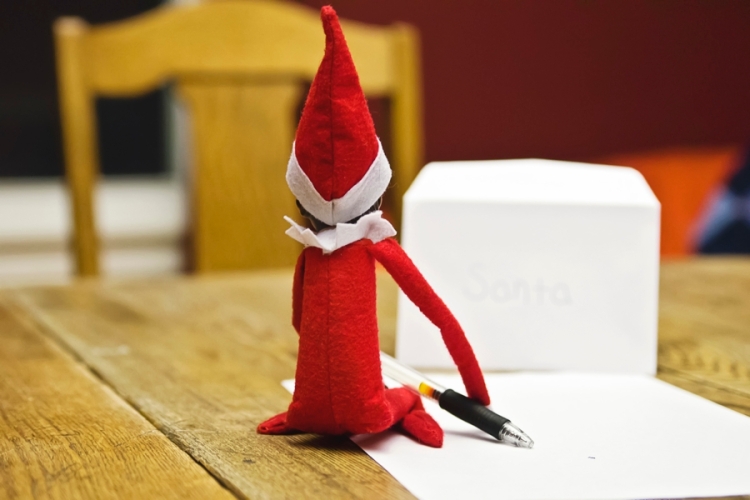 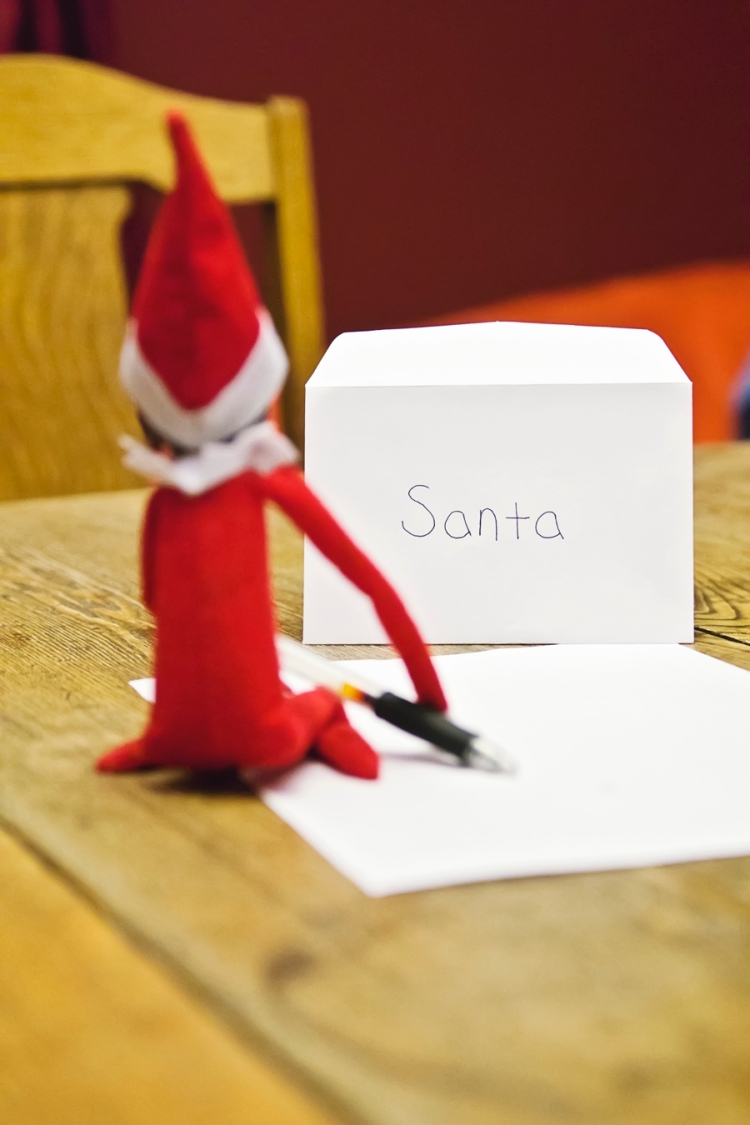 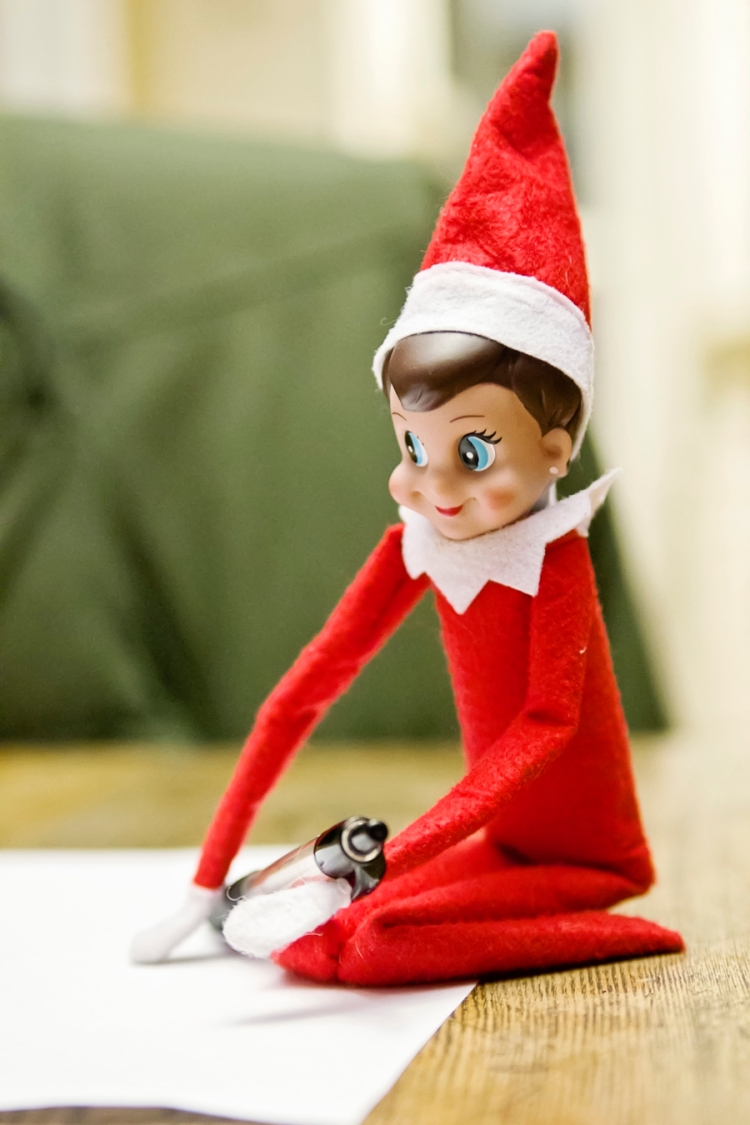 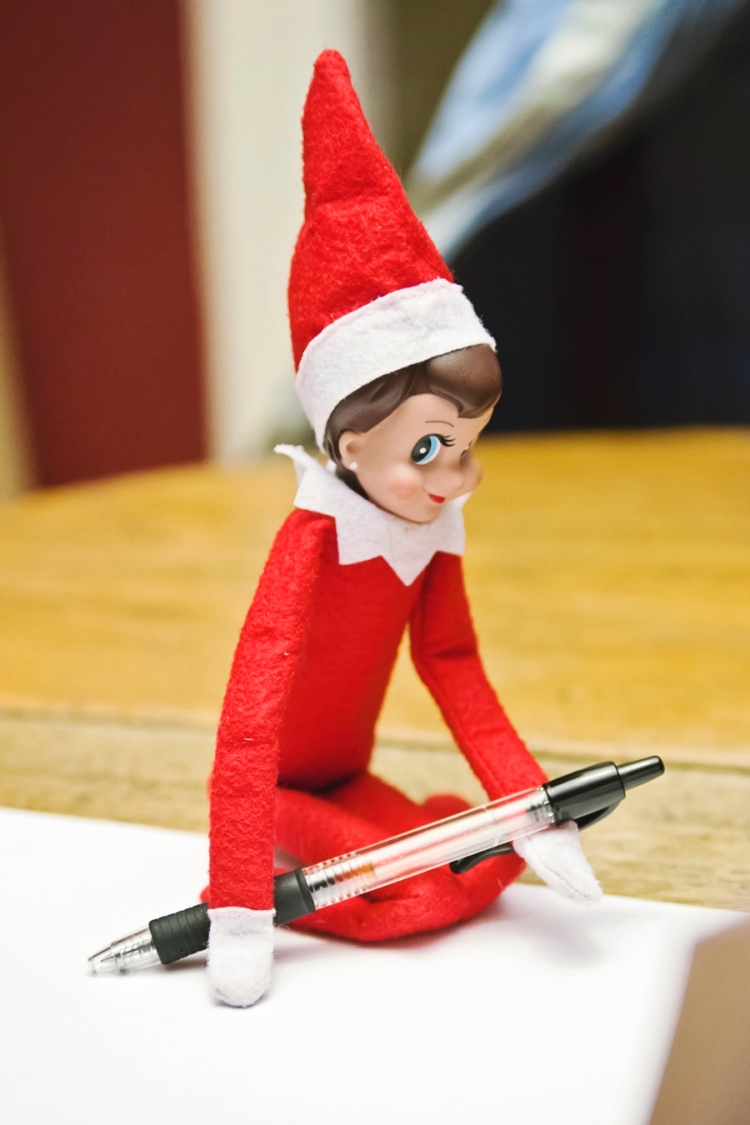 And tonight, after dinner, a shower, and a nail-painting session, Cadence dictated and signed her letter to jolly ol’ Saint Nick, and made sure to give it to Cosette before she went to bed. We know Cadence’s letter is in very good hands. 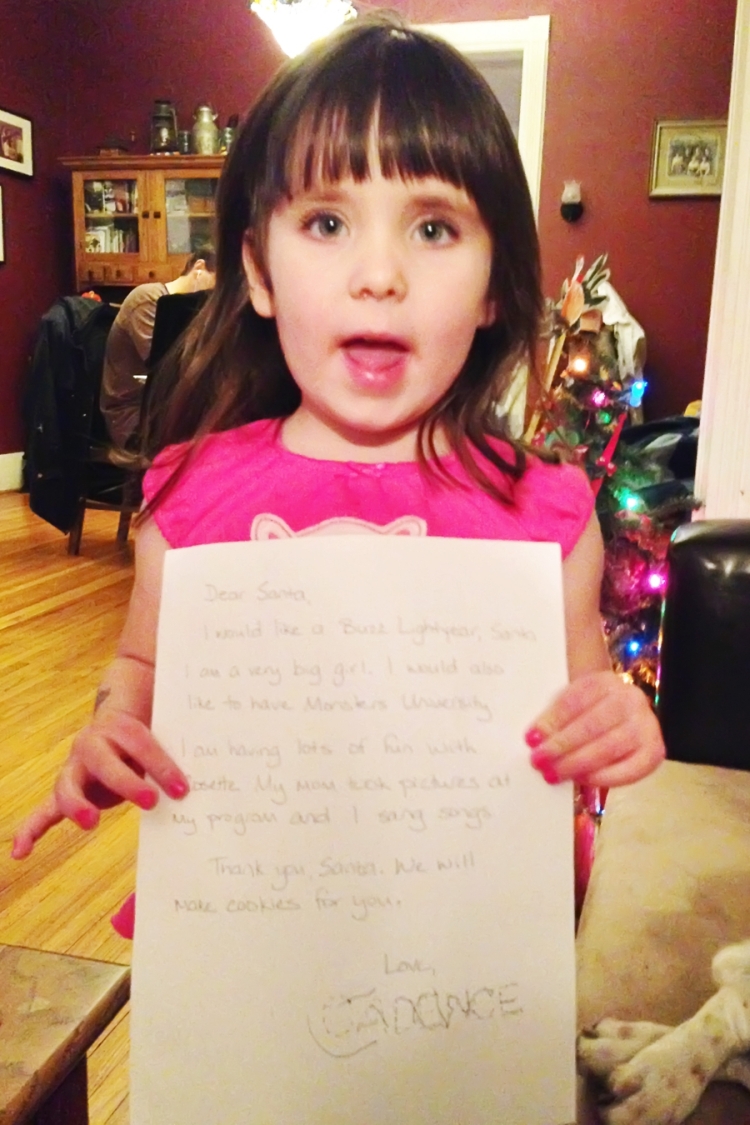