I don’t tend to be an ostrich sort–you know, one of those people who avoids conflict like the plague and generally tries to quickstep around any unpleasantness. I like to face things head on, tackle the problem.

Let it in and let it go. You know?

I just saw that we may be in for some freezing rain and another 2-8 inches of snow this weekend. I know. I know. We live in Nebraska and it’s February, but this has reached the point of ridiculousness.

Somebody, please make it stop. And until it does, I’m just going to do my best and try to ignore the fact that, if the weather in Nebraska is any indication, hell may have legitimately frozen over.

Well, this certainly complicates things. Be safe and stay warm out there ya’ll!

When your spoiled, Arizona born dog decides that she doesn’t like winter and refuses to go outside when the temperature drops below freezing, of course you’re going to get her a coat. We made the purchase shortly after moving here, and you know we busted it out this week with the Polar Vortex hanging around.

So when I spied this little blast from the past on my Facebook pop up, of course I had to share.

When you’re an adult, winter snows are more hassle than magic. You find yourself thinking about things like shoveling the sidewalks and how much of a pain it’s going to be to put on your boots and coat to drag the garbage cans out to the curb. You dread driving, knowing that if school and work aren’t canceled, you’re probably going to count on your commute being doubled if you want to navigate the partially-plowed streets and get where you need to go safely.

Today, we got a rare snow day here in Lincoln, and without the usual pressure of actually having to go out and try to drive on the freshly-zambonied streets, I had a moment to look outside and appreciate the stark beauty of the freshly falling snow. 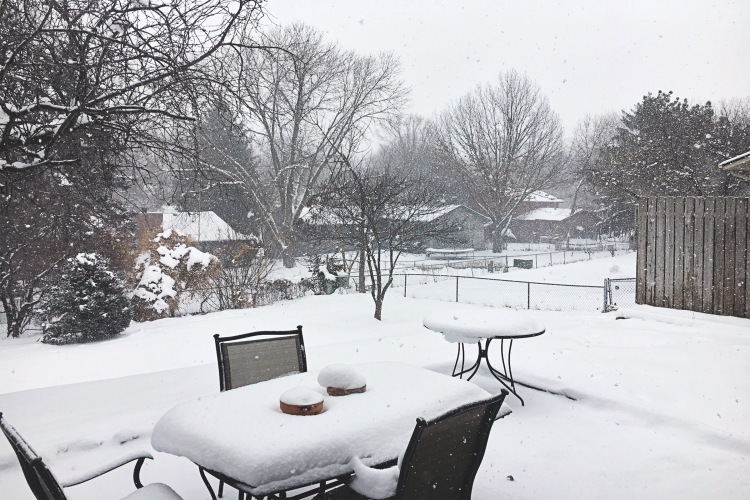 What always strikes me about a good snowfall is the silence–how the whole world seems to pause and hold its breath for those few hours, fat white flakes drifting down lazily from gray skies.

As kids, we lived for snow days. I remember how intently we used to watch the accumulation, how many nights we used to go to sleep quietly praying for classes to be canceled so we could spend the day out in it doing what kids do. The best years were when we still lived in Bird City, Kansas. The town was small enough that a healthy level of shenanigans were often tolerated. Packs of errant children traveled from house to house, building snowmen and forts, hurling snowballs at each other, and leaving snow angels in our wake.

The streets in Bird City were so wide that the snow was often plowed and piled high in the middle of the streets. Those looming piles served as sledding hills. They also became launching pads when we rounded up sleds and inner tubes and tied ski ropes to the back of someone’s pickup truck. One year, our babysitter Kaylee and some of her friends pulled us all the way out the Thresher Show grounds. The kids piled in the cab of the truck to thaw while some high school boy took his turn on the inner tube. I remember us all laughing as the driver spun doughnuts in the big empty field, the boy on the tube holding on for dear life as the tube slid and bounced and occasionally took flight.

I remember one year, when my family was still living in a small bungalow on Bird Avenue, the snow fell and blew and drifted so high that it reached the eaves of the house and garage. Lindy and I had finally reached the age where Mom was letting us stay home alone without a babysitter. My friend Mandy came over mid-morning, and we were having a blast trying to build a snow fort when I noticed a few of the drifts had gotten so high against an old outbuilding behind our garage that you couldn’t even tell where the tin roof ended and the snowdrift began. We could reach the edge of the roof by climbing the the gate of the dog pen and hoisting ourselves up over the edge. We spent an hour or so carving out a winding track from the peak of the roof to the edge, where we piled and packed a large wall of snow which we thought would keep us from flying off the edge.

I climbed to the peak of the roof, set my inner tube in the track, and launched myself down, screaming in delight as I picked up speed. It was the closest to an Olympic luge I will likely ever get and I loved every second of it, even when I hit the wall of snow at the roof’s edge and flew, inner tube and all, into the air. The snow below was so deep and powdery that it absorbed the shock from my less-than-graceful landing. I emerged from the snowdrift howling with laughter and scrambling, fast as I could, back up onto the roof to try it again.

We had a good hour or two of uninterrupted fun until my parents showed up to put a stop to it. Of course one of the neighbors had called them at work to give a full report of what we were up to. Typical small town for ya–doesn’t matter what you’re doing, good or bad, your parents are bound to find out about it within the hour.

And that was the end of it. I was banished to the house for the rest of the day and lectured on how I better just stay away from that old building from now on. It was bad enough that we’d spent the better part of the morning climbing up to the peak of what was probably a 20-foot roof. But worse was the fact that the building belonged to a gentleman named Edgar, who just happened to manage the bank where my mom and Mandy’s dad worked. like to think Edgar was amused by our ingenuity. He never came out and said anything to us, but he would always smile and wave a finger at us when we stopped by the bank after school to beg our parents for snack money. And he let us spend a lot of afternoons there, pounding away on the old typewriters in empty offices or sorting loose change in the old hand cranked coin counter.

Even now, that was probably my favorite snow day ever. Staring out the window today, I still smile just thinking about it. And you know what? I have zero regrets. 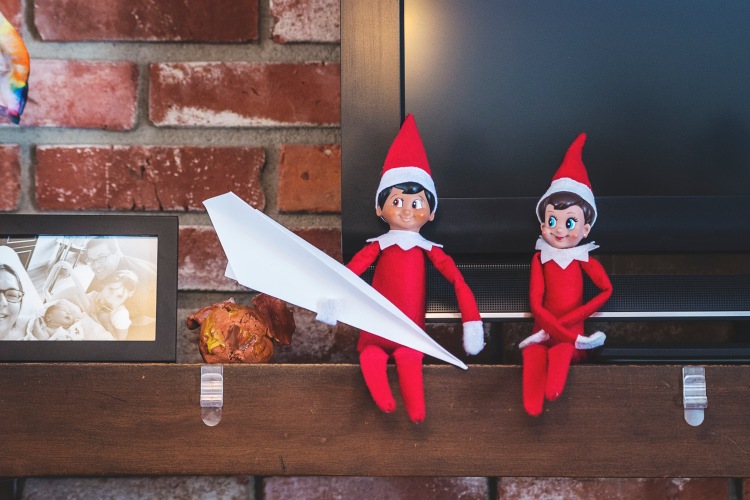 She also woke to find the world outside her window had turned cold and white.

Right about the time we were arriving at the Swimtastic School for Cadence and Henry’s Saturday swim lessons, we noticed a few tiny flakes of snow falling from the sky. We were caught a little off guard. Yeah, it has finally been getting colder, and we’ve seen a couple of weather reports predicting what may be the first substantial snowfall of the year sometime next week, but I guess we’ve just gotten a little spoiled, enjoying near-60 degree weather right up to December 1 this year.

It was bound to catch up with us sooner or later. This is Nebraska after all.

And by the time Miss C and H-man finished their 30-minute lessons, the tiny flurries had transformed into fat white flakes that formed a thick curtain in the sky. For the first few hours, the ground was still too warm for any of the snow to stick. But as the temperature dropped in the late afternoon, the patches of white on the ground began to weave themselves tightly together and blanket the ground.

The snow continued late into the evening, and we woke this morning to a winter wonderland (though it’s a little odd to see patches of bright green grass poking through). Cadence couldn’t wait to finally test out the sledding hill in the back yard. She’s been dying to go sledding since we first moved into this house. We bought her a sled last year, but never had a really great snow. This year, C didn’t care if it was a good snow or not–she was going to test that hill.

The snow was wet and already starting to melt by the time she got home from church and changed into her snow gear, but she managed to get in a full afternoon of fun before the heavy, wet snow got finally got the better of her.

Our backyard hill is definitely made for sledding. Can’t wait for the next big snow to really give it a go. 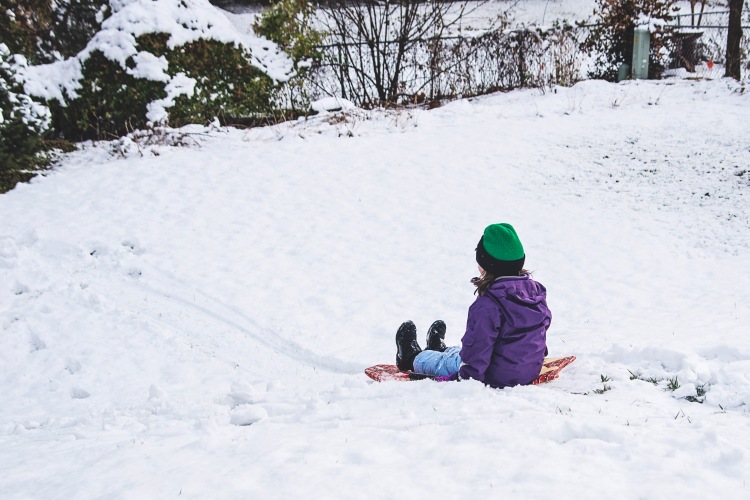 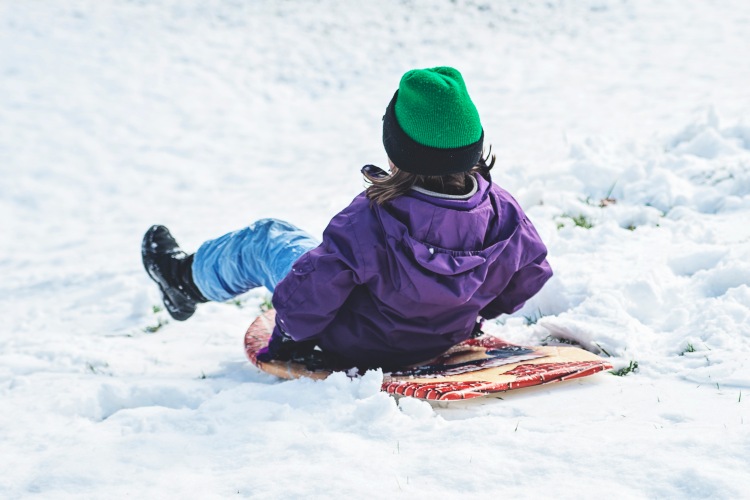 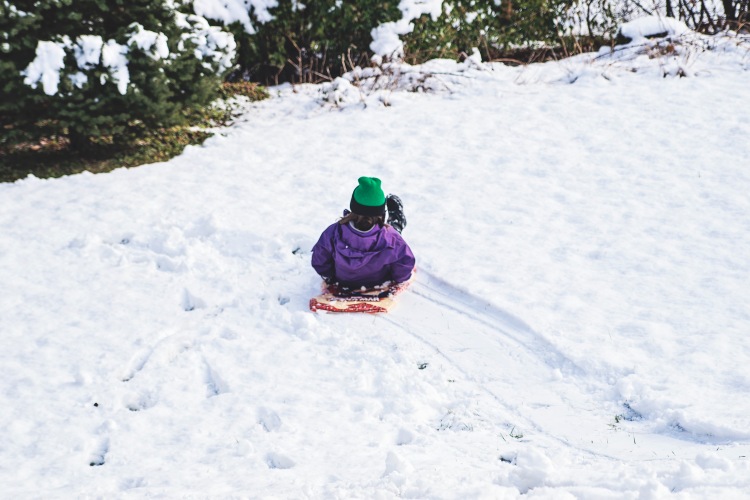 If there is any drawback to me having a very, very large family, it’s that we don’t ever really feel like we get to spend enough time with any of them. Since leaving Arizona in December 2010, I’ve been lucky enough to take Cadence back with me for a few visits, some work trips and some just to spend a little time with Momma Dawn and Mark. But somehow the trips always seem rushed (especially when I’m working) and always end too soon. Planning visits is always challenging with work schedules and my youngest siblings’ school and activities to consider. And now that Cadence has started Kindergarten just as my two youngest brothers are finishing their senior years in high school, finding ways to visit all the grandparents in New York and Colorado and Arizona is going to get even harder.

But if there’s anything we’ve learned being so spread out from so much family, it’s to take whatever visits we get and try to make the most of them. So when Nonna and Poppa said they might be able to come for a quick visit after Christmas, we jumped at the opportunity. We hung out, watched a little football, and just enjoyed the time together. I was lucky enough to get an extra day off work with Snowmageddon threatening to bury us (which amounted to little more than a few inches and some slick roads). And the only regret I have  is that I wasn’t better about getting out the camera while Nonna and Poppa were here. Next time, I’m gonna go all paparazzi, but for now, this will have to do… 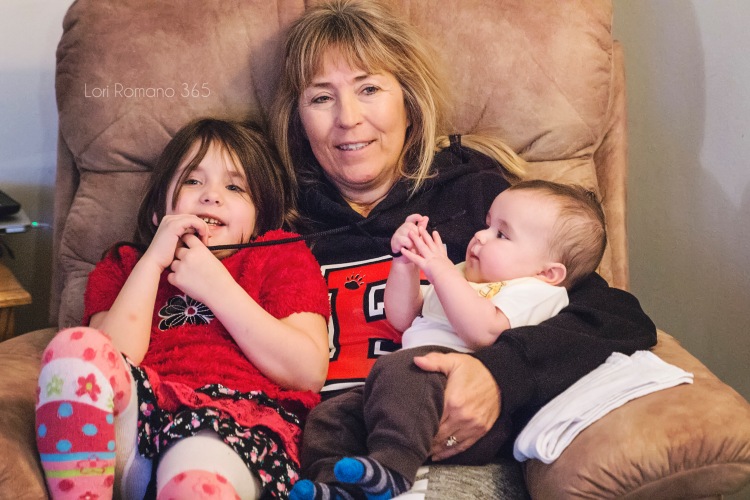 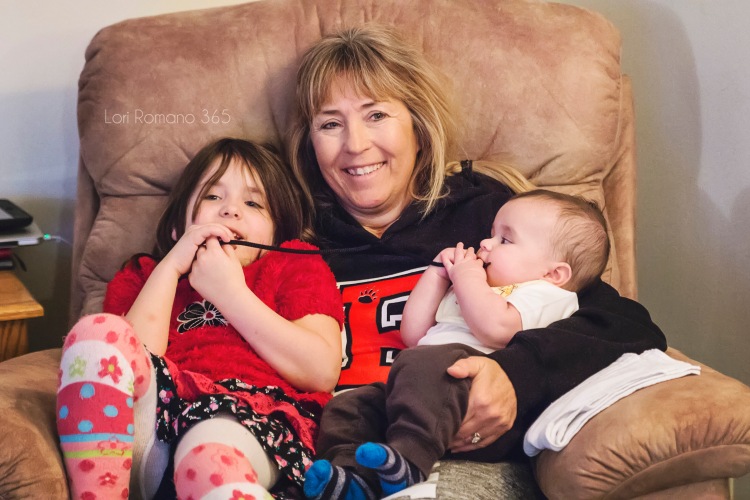 And I have to say, for being a desert rat, born and raised in sunny Arizona, Poppa Mark sure can shovel a mean driveway! 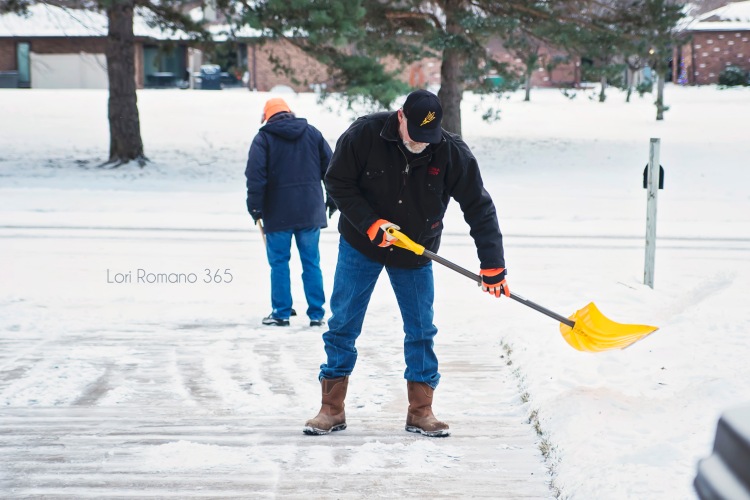 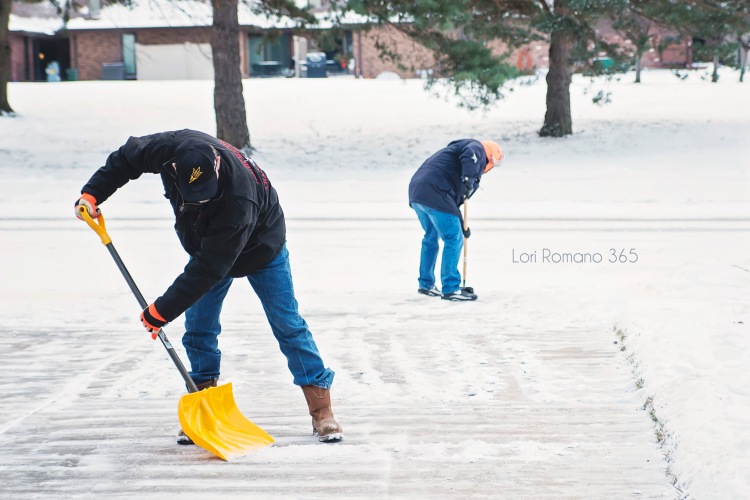 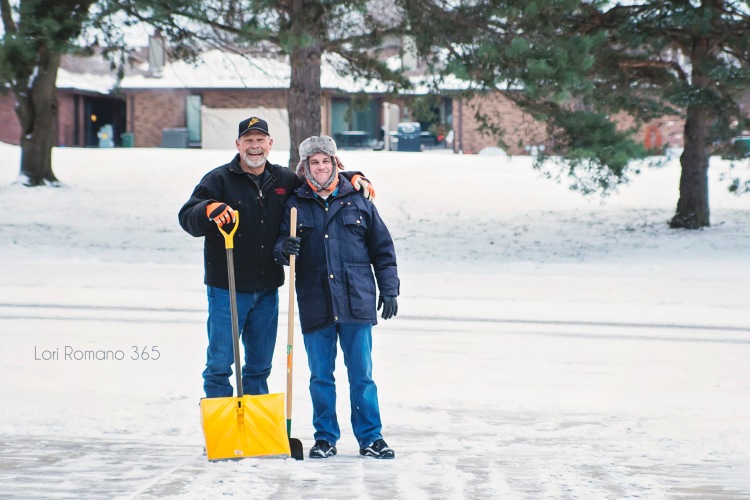