Just before 1:00 a.m., a crowd of nurses burst into the room and turned on the lights. My eyes had never left the monitor, as the numbers jumped and fell erratically with each contraction. Somehow, I thought if I stopped looking, even for a moment, I might lose her.

“Okay, dear, we’re here to get you prepped for surgery,” one of the nurses said, matter-of-factly. “The baby has had enough. It’s time to get her out of there.”

Steven sat up on the couch and listened as the nurses talked us through the procedure, letting us know what to expect. It was a flurry of activity. The next thing I knew, I was being wheeled out of the room, leaving Steven to change. He would have to wait in the hallway outside the operating room until after the anesthesiologist administered my spinal.

The operating room was so bright and white that I had to close my eyes for a moment. Sitting on the table, the anesthesiologist told me to lean forward and hug the pillow in my lap. There was a small pricking sensation in the middle of my back, and then what felt like a sudden jolt of electricity running down my spine and into my legs. The doctors told me to lie back on the table, and stretch my arms out straight from my sides, where they were secured to the table with straps.

By the time Steven entered the room, the lower half of my body was completely numb. Steven pulled his stool up near my head, after the doctors explained that was the best place to sit if he wasn’t interested in seeing what was going on behind the curtain during the surgery.

Everything seemed to happen all at once. Steven and I gave each other nervous smiles as we listened to the doctors talking on the other side of the curtain. The spinal medication had done its job. I wasn’t feeling much of anything at all, except perhaps the slightest sensation of pressure in my abdomen.

“This is it,” the anesthesiologist said suddenly, tapping Steven on the shoulder. “Stand up if you want, and you’ll see your daughter being born.”

From the moment we first got the positive pregnancy test, Steven adamantly insisted that he wanted to see absolutely nothing in the delivery room. Hell, just watching the videos in the childbirth class we’d taken had traumatized him so much that to this day, he still shudders just thinking about it, so I was shocked when he actually stood up and peered over the curtain.

“Uh-oh,” the doctor said loudly, and Steven sat right back down again, his eyes wide. I watched as the color drained from his face.

I gasped as there was suddenly an enormous amount of pressure on my chest. It felt as though one of the doctors had climbed up and was sitting on my ribcage. I couldn’t breathe, and I was being rocked back and forth on the table. Steven squeezed my hand.

“You okay?” He asked. I gasped and nodded.

“Nothing to worry about,” the doctor said from behind the curtain. “Looks like the reason Baby Girl was delayed was because her head was stuck, but she’s comin’ now.”

Suddenly, there was a short cry, and a flurry of activity.

“Here’s your baby girl!” the doctor said, holding her up just high enough for me to see her for one short minute before a nurse whisked her away. “Congratulations Mom and Dad!”

“You want me to go?” Steven asked. I nodded, and he took the camera over to where the nurses were cleaning and weighing our daughter.

“Oh my God!” Steven exclaimed, as he snapped photo after photo. “She looks just like Beau! And she’s got a ton of black hair!”

I craned my neck and could just see her tiny red feet waving as she cried. The nurses swaddled her snugly and handed her to Steven. I almost laughed at loud at how gingerly he held her as he walked over to me.

I stared in awe at her tiny, perfect face.

“Hi Cadence,” I whispered, kissed her soft white cheek. “Hi my baby. We’ve been waiting for you.”

Steven and I smiled at each other, and at our tiny daughter. Then it was time for the nurses to take her and Steven to the nursery while the doctors finished my surgery. Lying on the table, staring up at the bright white ceiling, I smiled to myself as I tried to imagine what our lives would be like now that Cadence was part of them.

Sitting here now, three whole years later, all I can say is that life has gotten infinitely better.

And since that first birthday party in 2011, life has only gotten more interesting. Our tiny baby has grown into a sweet, sassy preschooler who wakes every morning, singing and bouncing to get up and go conquer the world. We even had to install a crib tent to keep some of her exuberance contained…at least at night!

These days, Cadence is a force to be reckoned with. She’s smart as a whip, reciting all of her colors, shapes, numbers all the way up 30, upper and lowercase letters of the alphabet. And those few adorable little words that she was just beginning to master a year ago have become full blown, colorful sentences. She cracks us up on a daily basis, and frustrates us too. She’s a stubborn little chicky with a mind all her own, and even if I sometimes lose my temper in the midst of a battle of wills, I can’t help but burst with pride knowing that my little spitfire is going to be the sort of girl who refuses to let anything stand in the way of what she really wants.

She’s a dirt-loving tomboy who can go from tearing around the backyard in a pair of dirty jeans and sneakers to gliding daintily around the house in her Cinderella dress and slippers in six seconds flat. She loves sports and snuggling, movies and music. She can spend hours painting or running around in the sunshine. She has a wicked sense of humor and a flair for the dramatic, acting out favorite scenes from her favorite movies and TV shows until she gets it just right. She knows all the words to dozens of songs–from Jesus Loves Me and Twinkle, Twinkle Little Star to Robert Plant and Alison Krause’s duet Please Read the Letter to Castle on a Cloud and Do You Hear the People Sing? from Les Miserables. She loves sitting on the front porch swing and eating apples or popsicles after her naps. She loves jumping on beds, off the couch, and into mud puddles. She loves church and Sunday School and going out to eat in restaurants. She loves life and laughter and chocolate.

And every single day, I feel infinitely blessed that I get to be her mother.

And here’s to many more! 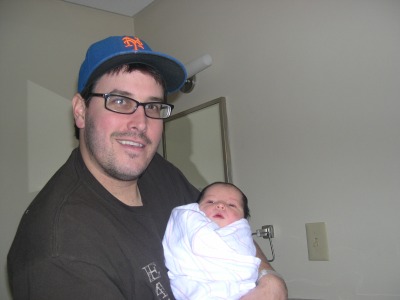 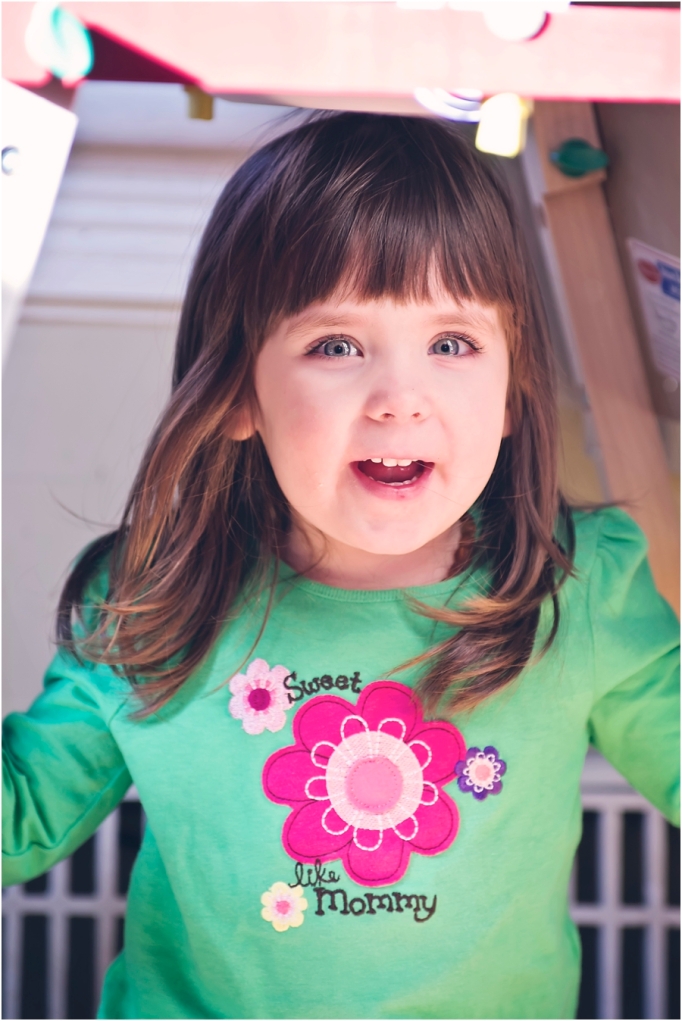